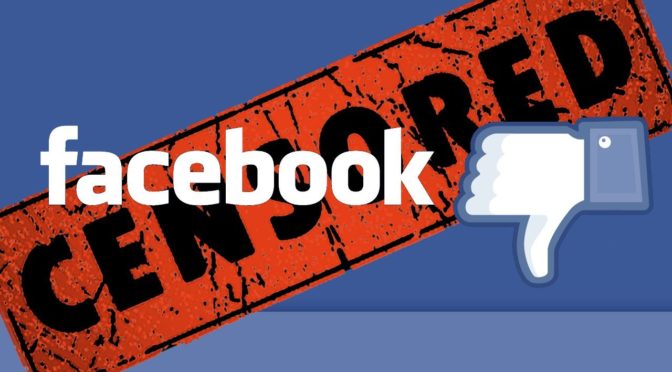 Ziobook has always been a cesspool and a swillhole and that undeniable truth has been reaffirmed yet again today. Earlier on, Insight Media, the revolutionary project of Ali Salaam that features Mouqawamistic, Anti-Parasitic, Godwary and Islamcentric music, articles, clothing and more, had its entire URL blocked and an insane amount of content inexplicably deleted by Rabbi Zuckerscum. Try and post ANYTHING from Insight… Or even share an article with Insight content embedded within… And you will receive this message from Ziobook: “You can’t post this because it has a blocked link. The content you’re trying to share includes a link that our security systems detected to be unsafe: insight – media . co . Please remove this link to continue. If you think you’re seeing this by mistake, please let us know.” We can go ahead and “let” the Digital Sanhedrin “know” until we turn blue, it won’t matter. This deliberate Talmudic censorship has been enacted because Insight is offering a radical and game-changing platform that challenges how Bandcamp, Soundcloud and even – most incredibly – the Jewish-dominated music industry itself does business. It’s promoting true school Hip-Hop with an unforgiving message of Islamic Resistance. Not only has brother Ali 86ed the Shylock-style contracts and given the bulk of all album sales to the artists themselves, he’s throwing his full weight behind all who join the Insight family in case of any attacks from the Yahoudling Lobby. Essentially, he’s set up an online FORTRESS where like-minded MCs can build without having to worry about being shut down over offending Jews, Organized Homosexuality, Wahhabi-Takfiri crybabies or anyone else. In other words, the polar opposite of what Ziobook, a tentacle of the Rothschild Octopus, is doing.

“Unsafe”, Rabbi Zuckerpig says. Is he serious? His website allows the lean-sipping-advocating, pill-popping-encouraging, sexed up, filth-ridden, violent, colonized, misogynistic trash of mainstream “rap” to be promoted up and down with billions of dollars in advertising from the “chosenite” execs who feed this poison to youth across the planet. The very definition of “unsafe”. But it’s Insight, which is promoting the protection of the oppressed, freedom from all forms of Western-Zionist subjugation, Islamic-Christian unity and just general human decency, that gets slapped with Judaic excommunication. Also can’t help but notice that this blockage comes just a few days after brother Ali put Imam Khamenei’s “The Compassionate Family” up for sale–a guide to building a strong nuclear household and a mega-rebuke of the Frankfurt School-driven, topsy-turvy, entirely depraved “culture” being forced upon us all by Zuckermaggot’s coreligionists. It probably also has something to do with Insight being the only platform courageous enough to host my music after my near-year-long battle with B’nai B’rith–which very well may be responsible for Ziobook’s restrictions either directly or through its offshoot, the ADL. Whatever the case, this is unjust. Undeserved. And unhinged. It’s also a reminder that we need new outlets because those provided by our enemies – although useful tools – will not work for us in perpetuity. Spread the word and support Insight Media!! Death to Ziobook and lan3ah 3ala al Yahoud!!!!!!!