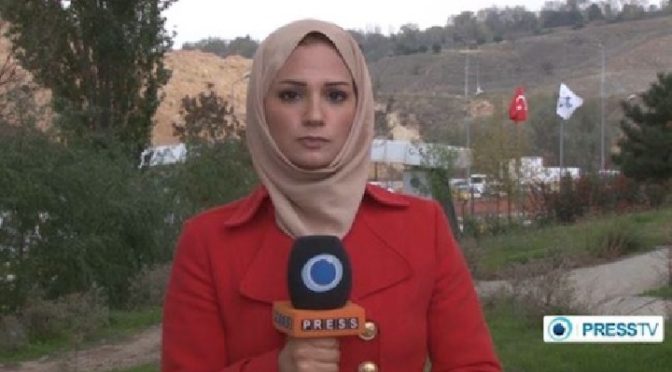 Meanwhile, how many American media outlets are, depending on the tone of the article, all up in arms or waxing lyrical (or both) about how much they love Jamal Khashoggi as well as how upset they are at his grizzly killing at the hands of a Saudi hit team and the laughable story concocted–a fight broke out and Khashoggi got murked outta the frame by accident, Al-Saud says–to bury what really took place?

ALL OF THEM. EVERY. SINGLE. LAST. ONE OF THEM.

If you needed an indictment of how the corporate press works in America, you won’t be able to find a more damning one. The lifelong Saudi regime apologist, Takfiri stenographer, Ikhwanji stalwart and US-UK-Zionist intelligence asset is praised and celebrated, mourned and cried about. The young Shi’a Muslim reporter who challenged the status quo and shined an all-beaming light on the criminality of an ‘Israeli’-aligned NATO regime which is arming terrorists that desecrate shrines, dig up bodies, burn churches, execute suicide bombings against civilians and enslave children is ignored–not partially but totally.

Which is why it is imperative to remember her. And her sacrifice. And her heroism. And her steadfastness under tremendous pressure–never wavering as she got down into the grime, the guck and the muck to dig out the truth no matter what rested deep within such immense filth; no matter the danger it put her very person in. And we should bow our heads in respect to everyone like her too.

Trailblazers like Gary Webb, assassinated by the CIA for exposing the Company’s role in cocaine trafficking in Central America as well as the crack epidemic that ravaged African-American communities all over the US, especially in the Los Angeles area; Danny Casolaro, murdered by a Mossad-CIA death squad for digging into what he called “the Octopus”, a Zionist-led international conspiracy tied in with the Inslaw-PROMIS affair, the collapse of BCCI and the Iran-Contra scandal; my dear brother Victor Thorn, murdered by Hillary Clinton’s (likely-Mossad-connected) goons for telling one truth too many about her family’s illicit history; Hamza Hajj Hassan (R.A.), Muhammad Mantash (R.A.) and Halim Allou (R.A.), reporters of Hizbullah’s Military Media Unit who were assassinated by ‘Israeli’-NATO-GCC-backed terrorists whilst covering the Hizbullah-Syrian Arab Army liberation of the ancient, Aramaic-speaking town of Maaloula…

… Robert Friedman, the gallant Jewish-American investigative reporter who took the veil off the Jewishness of the “Russian” mafia (aka Red Mafiya aka Organizatsiya) and also exposed the JDL-ADL-Mossad nexus in two groundbreaking books. He was murdered by the “chosenite” mobsters he unmasked; Khaled al-Khatib (R.A.), a Syrian RT journo murdered by ISIS in Homs; and too many Palestinian journalists to name here, dauntless souls who are routinely targeted by the Zionist enemy for exposing the evil of the ongoing Nakba that has raged since ‘Israel’ criminally came into existence. Ahmed Abou Hussein (R.A.) and Yasser Murtaja (R.A.) were slaughtered by the usurping Jewish entity this year alone. Dozens of others have been wounded, maimed and arrested. We salute them all in humbleness.

Serena Shim (R.A.), who now rests in Bourj al-Barajneh, a municipality of Dahiyeh that has endured and prevailed over both Zionism and Takfirism, is everything Jamal Khashoggi wasn’t–truthful and decent, righteous and principled, Anti-Imperialist and fearless. Because she was striving to expose the evils of the Zio-NATO Empire, instead of serving it like Khashoggi, the American media has rendered her persona non grata. Honestly though, what else do you expect from a bunch of careerist, orientalist hypocrites who work for some of the most powerful Zionist Jews on the planet? Needless to say, may they not only be shamed again and again but punished. For silence is complicity and their willing inability to speak up on her behalf makes them as guilty as the Mossad/MIT assassins who took her away from her husband, her children, her family and her friends. Serena was moved to become a reporter after the July War, which saw her homeland ravaged by an illegal, barbaric ‘Israeli’ aerial campaign. She was in Bourj el-Barajneh at the time and simply put, the savagery of the Zionists changed her life.

And in turn, through her tremendous reporting, she has changed the lives of us all–especially those in Syria–because she decided to report the truth amid the worst fog of lies that modern warfare has ever seen. During her funeral, thousands on top of thousands poured into the streets to greet the Shahida, chanting, “The hero’s here! The hero’s here! The hero’s here!” She still is too. Right here with us. The Martyrs are alive. Guiding us and inspiring us. As for Jamal Khashoggi and all the Zionist, Imperialist and Wahhabi miscreants shrieking about him across the Shlomo-controlled establishment press? They weren’t, aren’t and will never be good enough to even clean the dirt off the bottom of her shoes. Zio-MSM may continue to ignore Serena Shim (R.A.) four years on since her martyrdom. But Moustazafeen the world over recognize her unequivocal valor and will not be deterred from lionizing her forever. Rest deeply o’ truth-teller; o’ tyrant-breaker; o’ heroine. Rest in power and pristineness.

One thought on “Why Is Zio-MSM Ignoring Serena Shim On Her 4th Martyrdom Anniversary? Because She Didn’t Serve The Empire Like Jamal Khashoggi”