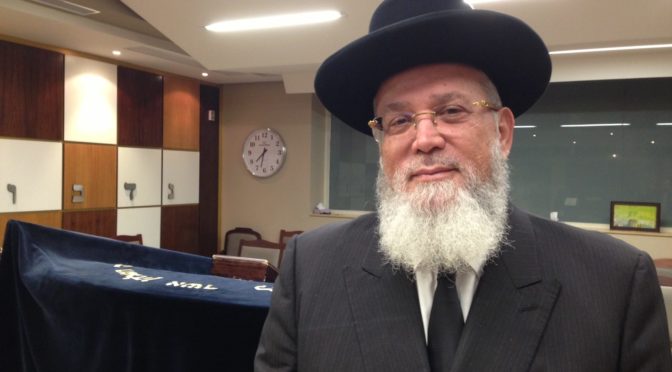 This is quintessential dual-loyalty. Venezuela’s Jews are saying “to hell with democracy” and “long live Zion” by taking this position. They’re choosing their “tribe” over their place of residency. By pointing out their allegiance to ‘Israel’ over the Venezuelan state itself, are we engaged in the “age-old canard” of “anti-Semitism” [which isn’t really a canard at all] that Jews aren’t loyal to the state they live in but rather a foreign entity that pursues the interests of World Jewry over Gentiledom? Nope. Just acknowledging the blatant facts at hand: Venezuelan Jews are more loyal to ‘Israel’ than they are to Venezuela. If they weren’t, they’d back Maduro. Simple.

Subsequently and directly linked to the first question, we inquire further: Since the Jews of Venezuela are now aligning themselves with the hostile outside powers actively seeking the Bolivarian Revolution’s destruction, isn’t it accurate to say that the whole of the Venezuelan Jewish community is an ‘Israeli’ fifth column? And if so — and so, it most definitely is — it’s not “anti-Semitic” to make that observation, now is it?

Deeper still, considering the perfidious nature of Mossad and its recruitment of Sayanim from within the Jewish community for myriad purposes… Not to mention “Tel Aviv” playing a major role in murdering Che Guevara (rip) and Zionist war criminal Elliot Abrams working hand-in-glove with ‘Israel’ to destroy Anti-Imperialist movements in Latin America… Isn’t the Venezuelan government and the Revolution of the Chavistas in more danger than ever before because there is a literal Zio-Imperialist base operating on their soil whilst deflecting criticism of its activities through its invocation of minority status? Could the Washington ZOG and the genocidal Halakhic-Talmudic endeavor use the Jewish community’s land holdings as command centers to launch an anti-Bolivarian insurgency? Assuredly, the thought is frightening.

And finally, if query three is the case — and it most certainly is — then would it be “fascistic” or “anti-Semitic” or “Hitlerian” if Venezuela was to uproot this two-faced, Empire-serving group to safeguard the gains made by the Black, Brown, Indigenous, Poor and Working-Class people of Venezuela since Chavismo prevailed over centuries of colonialism 20 years ago? Not saying that it should be done… Just asking…. WOULD it be? A resounding “NO!” would be our response, just like it wasn’t “fascistic” or “anti-Semitic” or “Hitlerian” when Jews engaged in Zionist “activism” anywhere in the Islamicate were hung, imprisoned or expelled for spying. Also note that support for the artificial Jewish “state” was initially minimal among Mizrahim and that is why Zionist agents engaged in false flag terrorism to whip them into shape. If there are segments of Venezuelan Jewry in the same circumstance, will they face a similar fate so they fall in line with the “chosenite” agenda at play?

Our central and overwhelming concern is the Bolivarian Revolution, its protection and its endurance obviously. But this treasonous move by Venezuelan Jews, led by Rabbi Isaac Cohen, opens the door for some piercing and stinging scrutiny. What came first? Jewish devilry? Or “anti-Semitism”? The answer, clearly, is the former. Which makes the latter a misnomer–and an obsolete misnomer at that. Jews can’t engage in subversion to the detriment of all the non-Jewish persons around them and then cry out “bigotry” when the Gentiles they’re subverting get pissed about it. Especially in this day and age when we are living under the Rothschild Imperium. If you ain’t being called “anti-Semitic”, a Jewish-Zionist smear word to make righteous indignation — or, our preferred terminology, Anti-Parasitism — over Jewish-Zionist crimes seem “kooky” and “racist” and “Nazi-like”, then you ain’t doing your job right. Venezuela is truly on the side of the angels to incur the wrath of such demons. May the Bolivarians survive the typhoon. As for the Venezuelan Jews and their rabbinical terrorist leader? The 4th line of Ansarullah’s Sarkha sums up our feelings towards them precisely.