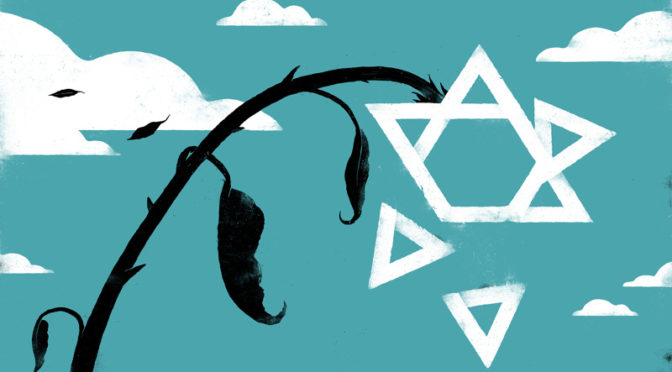 It’s about to get madd politically incorrect up in this muhfucka, so stop reading right now if you’re with that bullshit. On this 68th Nakba Day, I am oddly– or maybe not so oddly at all considering the context–thinking about the Nakba in Hip-Hop. Indeed our culture of Beats, Rhymes and Life is just as colonized as Palestine on both the cultural and political levels. My younger brother Jared Azaziah aka super-producer Dark Night sent me a video just last week of all-time great MC Joe Budden, the most personal and emotionally honest MC ever, speaking in no uncertain terms that the entire rap industry is not controlled by those personalities and figureheads that you see on the surface but an “underworld of Jewish bosses above them that we never see”.

And then it hits me: If an MC as completely nonpolitical as Joe Budden has the guts to talk about these truths openly–not to mention rhyme about them as well, check his classic joint “Who Killed Hip-Hop?”–then WHY THE FUCK are these so-called “revolutionary” and “conscious” MCs not doing the same? Where is two-faced hypocrite Immortal Technique and where was “Arab Spring” enthusiast Lowkey on the matter? Technique’s too preoccupied with whining about “anti-Semitism”, retracting his positions on minor, toothless 9/11 truth, justifying ‘Israel’s’ criminal existence and despicably telling Arabs and Muslims that the Zionists leaving Palestine is never going to happen, while Lowkey was caught up vomiting “regime change” rap against Libya. What about so-called “revolutionaries” Omar Offendum and Khaled M? Oh, yes, that’s right, they’re too busy collaborating with Mossad and the US State Dept in destroying their homelands. What about the “conspiracy-theory-minded Muslim” Vinnie Paz? That degenerate is too busy palling around with ‘Israeli’-Jewish supremacists and sons of Zionist terrorists like Ill Bill and Necro and quoting the Christ-hating Talmud in defense of Zionist aggression against Gaza. What about “Black Power” artists like Kendrick Lamar and Killer Mike? Uh-huh, I nearly forgot, Kendrick is too busy censoring himself before the Jews who control the Grammy Awards and Killer Mike must’ve got lost in the Zionist aura of the deceiver Bernie Sanders.

There’s nothing revolutionary or conscious about these dudes; they’re all cowards, operating within the “acceptable dissent” sphere of the power structure, and witting or unwitting, they’re useful idiots for that power structure too. The “Jewish bosses we never see” blackballed all-time great MC Canibus, who at his peak, was the most ferocious cat to ever grip a microphone; ask the brother, he’ll tell you. The “Jewish bosses we never see” completely destroyed the career of Ras Kass; ask the brother, he’ll tell you. The “Jewish bosses we never see” killed Tupac Shakur, go read up on his behind-the-scenes war with the Zionist terror gang known as the JDL. And it goes on and on and on, but we’re supposed to hold our tongues as our culture, which was once a fearsome force of liberation and true revolution, devolves further and further into Jahiliyyah?! We’re supposed to keep our mouths shut because some rich Jews posing as “social justice activists” and “anti-racists” are uncomfortable about WE, the Moustazafeen and the children of Hip-Hop, being pissed the hell off that their tribalist brethren are running what we love into the ground? FUCK NO. It ain’t crackers doing the controlling; it’s Jews. Call the fuckin’ shit like it muhfuckin’ is goddamn it.

Just like Palestine, which began with the subversive “religious” colonies of supremacist Orthodox Jewish scholar Azriel Hildesheimer and the small settlements financed by the likes of the Rothschilds and the Arisons, the Jewish-Zionist colonization of Hip-Hop has been slow-drip, beginning with the Talmudic excommunication of Professor Griff from Public Enemy, extending to the Jewish onslaught against Ice Cube over “No Vaseline” and his public promotion of “The Secret Relationship Between Blacks and Jews”, to the purchasing and molding of Russell Simmons into their ultimate “shabbos goy” House Negro, to the domination of every influential “Hip-Hop” publication and major label, mainstream or “underground”, today. G’head. Look ‘em up. Bronfman and Stephen Cooper at Warner. Doug Morris at Sony. Universal (which owns Def Jam, “rap’s” biggest label), nothing but a subsidiary of Rothschild-founded and Rothschild-controlled Vivendi. Benjy Grinberg at “independent” Rostrum Records. Jaime Meline at “underground” Def Jux. Complex and that Ecko trash y’all rock? Owned by Marc Ecko who finances the settlement of Ukrainian Yahoud in occupied Palestine–in other words, this “Hip-Hop mogul” is a contributor to the Nakba. The now-defunct Rawkus Records, founded by Jarret Myer and Brian Brater with Chabadnik Murdoch money. Jonathan Stuart at Immortal Technique’s Viper Records. Jon Shecter at The Source. Get the picture? ALL JEWS, ALL CULTURE VULTURES.

Bottom line is this: Hip-Hop is the music of the oppressed, the voice of the oppressed and over time, it has morphed into the culture of the oppressed, not only in the West but the East as well. And a culture for, of and by the oppressed cannot progress with its oppressors in control or dictating what ideology it is supposed to operate by. The true origins of Hip-Hop are in fact with the Islamic liberationist Last Poets, whose rhythmic spoken word laid the groundwork for the greatness which would be brought forth by Kool Herc, Afrika Bambaataa, Grandmaster Flash and The Furious Five, The Cold Crush Brothers and other Hip-Hop founding fathers. Islam, which was ubiquitous throughout Hip-Hop’s early days and during its golden age (the ‘90s) has all but disappeared in the modern era. This is not “by accident” or a “sign of the times” but by design. The “Jewish bosses we never see” essentially purged the industry of it because the threat it represented (and STILL absolutely represents) to their stranglehold over our music and replaced it with bubblegum pop and the basest, filthiest, trashiest, most pathetic excuses for bars to ever be unleashed on humanity. That ringtone shit, that crunk shit, this turn-up shit we got now? All fuckery. All poison. ALL YAHOUDI.

We don’t need the wackness emanating from the Jewish-controlled mainstream record labels and on the flipside, we sure as fuck don’t need any pseudo-liberationist, Marxist-Leninist-Communist garbage either. Seriously, how we gon’ liberate ourselves from the “Jewish bosses we never see” with the ideology of a godless Ashkenazi Jew who never once uttered a critique of the Rothschilds (a point articulated gorgeously by Mikhail Alexandrovich Bakunin)? It’s ridiculous. If you ain’t talkin’ ’bout the Jewish Power Matrix’s ruination of Hip-Hop, you ain’t dope, you ain’t fly, you ain’t “conscious” and you ain’t “revolutionary”. You just think you are b, delusionally so. On this 68th Nakba Day, as the Nakba continues in Palestine and throughout the world of Hip-Hop, just as we say “Death To ‘Israel’!” and demand the complete liberation of every inch of Falasteen, we say “Death To ‘Israel’!” in reference to the system of control which has been established by Hip-Hop’s Zionist occupiers. Liberate Palestine, liberate Hip-Hop. Restore the rights of the Indigenous. In the spirit of Algeria, Hizbullah and Malcolm X (R.A.): By any means necessary.

One thought on “The Hip-Hop Nakba: Just Like Palestine, Our Culture Needs Liberation From Its Jewish Occupiers”