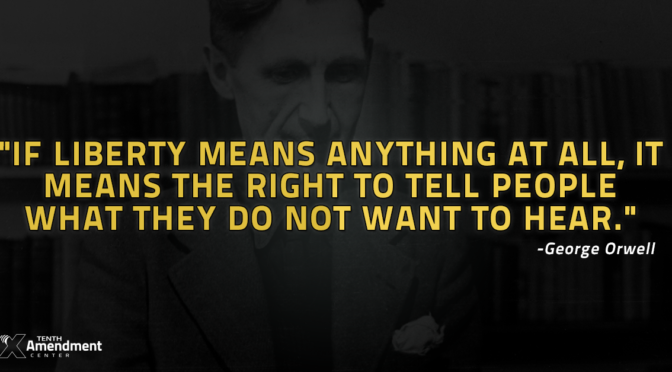 Undoubtedly the most difficult part of being stuck in a Zio-imposed, exilic, invisible prison while I was waiting for my case to be overcome was being prevented from sharing my music with the world. The Canadian chapter of the Freemasonic-Zionist purveyors of devilry known as B’nai B’rith proudly proclaimed responsibility for getting every one of my records removed from Bandcamp, SoundCloud, YouTube, Spotify and elsewhere in the name of their favorite instrument of deception, “anti-Semitism”. Going even further than that, the “Sons of the Covenant” also demanded that Canadian club owners ban me from performing–even though I never even performed in Canada a single time previously–because without a stage they said, there would be no show. And for a while… The enemies of Gentiledom were right. There wasn’t a show. There was no streaming. Madd Cold was to be no more, they declared. Madd Cold has no place putting out “hateful” music in a “civilized” society, they scoffed and boasted. Indeed, B’nai B’rith’s tribalist cohorts like Ethan Diamond and Shawn Grunberger–the two Jewish supremacist goons who own Bandcamp–as well as its Shabbos Goy stooges have, to this day, adhered to the borderline-rabbinical edict that Jonathan Azaziah is persona non grata and I still cannot remake my accounts on any of the aforementioned platforms.

But that was then. That was old news. And this is now. This is new and DAMN GOOD news. ‘Cause the show has returned. And B’nai B’rith can choke on the nearest matzoh ball available. FTJ, DTI, KTK, RTR, FTH, L3Y, ZGF! Thanks to Insight Media, the new streaming service set up by Anti-Zionist, Anti-Parasitic activist, writer and documentarian Ali Salaam, an ex-Jew-turned-Islamic-revolutionary and faithful follower of Ahlul Bayt (A.S.), my entire discography, from “Enemy Of The Entity” all the way to “Eternally Husseini” is back online and available for free streaming to be played across the globe. The first four albums are available for free download as well and “Eternally Husseini” can be purchased for a mere $20.00. And the overwhelming majority of the profits of each record sale will come to Iron Galaxy and I–i.e. the artists–while a pittance of the profits will go to Insight–i.e. the distributor/”label”. Khanverse and Blak Madeen, the other gifted Anti-Zionist emcees who have joined Insight, have identical contracts. This is the dawn of something genuinely game-changing for Counter-Hegemonic artists. Truly, the significance of brother Ali’s courageous stance can’t be stated enough.

What he has built, quite literally, is an Anti-Shylock system that is diametrically and categorically opposed to everything the Jewish-dominated music industry of rape and ruin has run on since it began, especially vis-a-vis Hip-Hop. Ali has set up Insight Media not for capitalist gain but as a means of giving Godwary, Mouqawamist-minded artists a place to put out freezer burn without worrying about Shlomo screaming “fascism!” and subsequently having their music and their accounts deleted along with their monies jacked. Yes, Insight is still a newborn as it just came into being to coincide with Blak Madeen’s new classic EP, “One Second To Pray”, and there are kinks to work out and improvements to make–there always are with anything that is worthwhile and substantive. But nevertheless, it is an incandescent gleam of resistance and independence in a cavern of subservience, censorship and suppression. Simply put, it caters to and uplifts the talent while giving a Quenelle to the Judeo-Imperialist establishment. And I can say, on a personal level, humbly and honestly, that a “shukran” isn’t enough. I can also say, humbly and honestly, that I owe Insight a great debt. Thanks to Ali Salaam, World Zionism’s attempts to scrub me from the Internet like I was a Palestinian village in the Nakba have crashed and burned. FTJ, DTI, KTK, RTR, FTH, L3Y, ZGF once again.

The partnership between Mouqawamah Music and Insight Media is only going to become more entrenched too. “Iraqi Ghirasi (The Wrong Goy)”, the first of a trilogy, is completed and will be recorded soon, and “Eternally Husseini 2” will follow soon thereafter. Oppressors smearing and terrorizing an artist into silence with the hopes of his art fading into oblivion can only work if that artist fears those oppressors. ***This*** artist though doesn’t fear anyone or anything but ALLAH (SWT) and this artist couldn’t give a camel’s hoof about what any oppressor–especially B’nai B’rith, that Halakhic-Talmudic piece of trash–has to say. I can hear a hell of a lot of Parasites crying in the distance as a result and I must remark, it is a most beautiful sound. The only thing more beautiful in fact would be any one of these Madd Cold albums knocking in your speakers. Or your headphones. Or your whip. So do humanity a favor, salute Insight Media, piss off some Pig-Yid-Squids REAL, REAL BAD in the process, turn up the volume…and…. LET IT KNOCK!

Enemy Of The Entity – Here!

Son Of Kufa Volume 1: Rise Of The Anomaly – Here!

Felicity Of The Oppressed – Here!