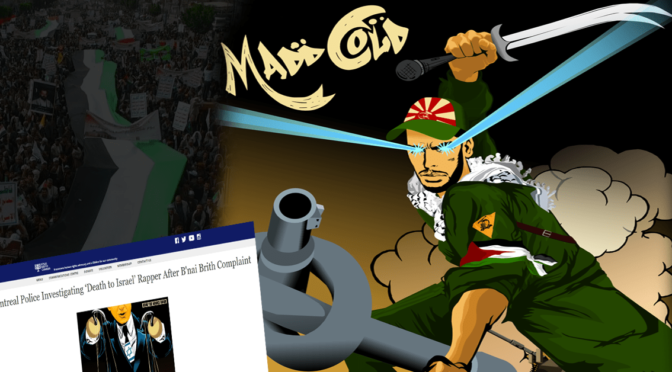 Striking Star Salute to the brave gentlemen at Underground Hip-Hop Blog, one of the most widely-read underground Hip-Hop sites on the entire web, for reprinting my dear brother Ali Salaam’s Insight Media statement on B’nai B’rith’s failure to see me charged, extradited and thrown into one of the Canadian ZOG’s dungeons. I’m humbled beyond humbled that they would share my ordeal especially considering that the vast majority of rap-media outlets won’t touch it out of fear of You-Know-Who cracking down on their sorry, pathetic asses. That’s the thing though, ain’t it? EveryONE and everyTHING is “anti-Semitic” for saying that Jews wield an unprecedented amount of influence on an industry as well as a culture that accompanies it which are overwhelmingly Black, Brown and Gentile–and with a strong Islamic origin at that–but it’s not a confirmation of that very influence we’re decrying when we get shut down for saying it??!?!?!?! Mental!!! END_OF_DOCUMENT_TOKEN_TO_BE_REPLACED