It was a typical Friday in the ancient Yemeni capital city of Sanaa. Led by Yemen’s righteous Islamic Resistance, Ansarullah, and backed up by the Yemeni Armed Forces, millions on top of millions of Yemenis poured into the streets to denounce Saudi Arabia, the UAE and numerous Western ZOGs, chiefly America, for the continuing bombing and besiegement of the Arab world’s poorest nation. The Sarkha was raised high. Its precious slogans were called out. Yemen’s flag was lifted along with it. The demo swelled and swelled until it became a sea of red, white, black and green defiance. The message of the Mouqawamah and all its supporters was the same it has been since March 26th, 2015 when Al-Saud and its cronies began this genocidal aggression on behalf of ‘Israel’: We are a people undefeated. We are a people unbroken. We are a people undeterred. They marched after Jummah prayers and gave not one damn about whether or not the Saudi and Emirati invaders would attack them. It was the courage and strength that we’ve come to know and love from the magnificent Yemeni people. END_OF_DOCUMENT_TOKEN_TO_BE_REPLACED 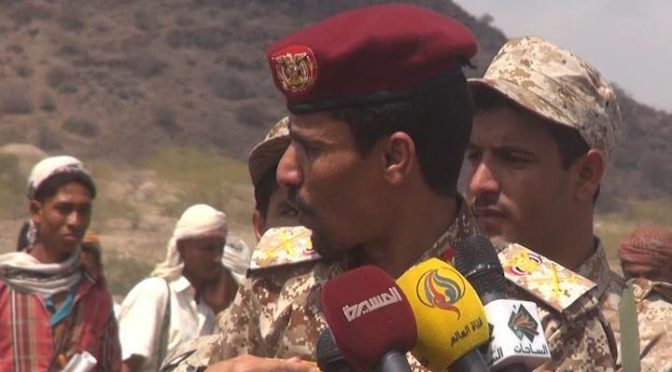 Al-Jazeera, like the Wahhabi-Takfirism it sympathizes with and provides political cover for, is a curse on the world and needs to be abolished. The Qatari tyrant’s mouthpiece has just put out a pitiful propaganda garbage-pile entitled, “Recordings: Houthi leaders planned general’s killing“, which doesn’t serve any purpose whatsoever but to (attempt to) lift the morale of whatever remains of the GCC coalition being pounded into dust by the Houthis like a prime Iron Mike Tyson’s early opponents. And here’s why: The “report” asserts that Al-Jazeera somehow “obtained” audio recordings which “reveal” that leading moujahideen of Ansarullah, namely Sayyed Abou Ali Abdallah al-Hakim al-Houthi and Yousuf al-Madani, ordered the assassination of despicable collaborationist Yemeni Brigadier General Hameed al-Qushaibi. In reality however, true to Al-Jazeera’s fundamentally deceptive nature–and reminiscent of its brain-damagingly-moronic, insanely Zionized “The Road To Sanaa” ‘documentary’ which put forth the severely unhinged theory that mortal enemies Ansarullah and Abed Rabbo Mansour Hadi worked in unison to remove al-Qushaibi from his position of power in Amran –nothing has been “revealed” at all. Prior to the Houthis’ region-shaking revolution on September 21st, 2014, they were locked in a massive battle with Al-Islah (the Yemeni chapter of the “Muslim” Brotherhood aka Ikhwan) as well as any and all brigades of the military affiliated with it, chiefly the units controlled by al-Qushaibi as well Ali Mohsen Saleh al-Ahmar, two of the most corrupt men in Yemeni history. A battle mind you that Ansarullah won and in dominant fashion. END_OF_DOCUMENT_TOKEN_TO_BE_REPLACED 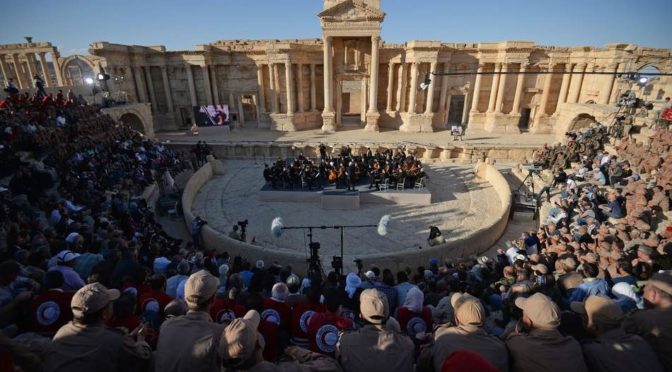 The concert in liberated Palmyra was truly marvelous and heartwarming, wasn’t it? As I’ve grown fond of saying–because of its veracity not because it sounds pretty–music is the most powerful vibrational force on the planet. And when it comes to the advancement of a political-cultural objective, there is nothing which penetrates the hearts, minds, souls and beings of an oppressed, liberation-hungry people quite like music. The messages contained in the simple but potent strings of a violin, the softness of a flute, the sheer rage of an electric guitar or the relentless bars of a fierce MC ripping into a classic, soul-sampled beat with boom-bap drums, will always be more awe-inspiring and hope-instilling than any article, radio broadcast, post or book. Just the way it is. END_OF_DOCUMENT_TOKEN_TO_BE_REPLACED 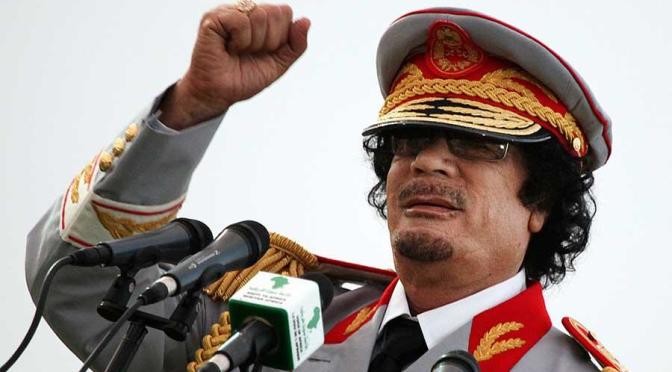 It took seven months for the world’s most powerful military alliance – with a combined military spending of just under $1 trillion per year – to fully destroy the Jamahiriya (a state with a population the size of Wales) and it took a joint British-French-Qatari special forces operation to finally win control of the capital. In total, 10,000 strike sorties were rained down on Libya, tens of thousands killed and injured, and the country left a battleground for hundreds of warring factions, armed to the teeth with weapons either looted from state armouries or provided directly by NATO and its allies. Britain, France and the US had led a war which had effectively transformed a peaceful, prosperous African country into a textbook example of a ‘failed state’. END_OF_DOCUMENT_TOKEN_TO_BE_REPLACED