On Naksa Day 2016, 49 years after the Zionist abomination stole the rest of Al-Quds, the West Bank, the Gaza Strip (which has since been liberated though is still besieged), the Egyptian Sinai (which the ‘Israelis’ still control though they dismantled the ‘Yamit’ settlement) and the Syrian Golan Heights (which Syria regained a part of in the ’73 October War), I am going to refrain from thinking about the hundreds of thousands of refugees brought about by this Zionist aggression, the tens of thousands of innocents murdered, the hundreds of destroyed Palestinian and Syrian villages, the new hideous Jewish colonies that have been constructed and every other monstrosity inextricably linked to the criminal ‘Israeli’ entity’s putrefying presence. Though it is indeed the “day of the setback”, I am going to try with every fiber of my being not to dwell on the sadness, the tragedies, the shattered hearts and the broken dreams, for if we stay in that dark space, we shall be swallowed. END_OF_DOCUMENT_TOKEN_TO_BE_REPLACED 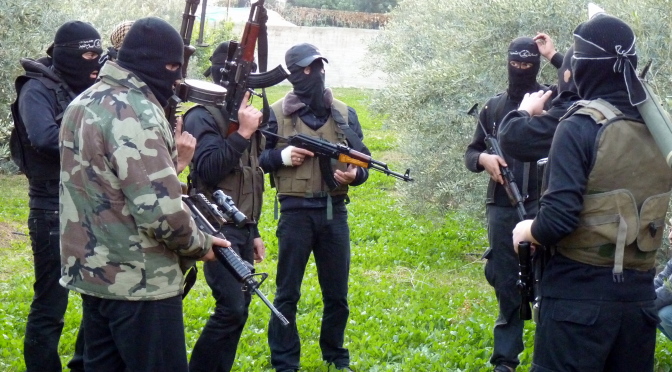 GAZA CITY (Ma’an) — The Popular Resistance Committees’ armed wing on Wednesday called for armed resistance from Palestinians and a regional boycott from Arab countries to counter what it called Israeli violations in Jerusalem.

In a press conference held in Gaza City, the al-Nasser Salah al-Din Brigades called on Arab and Islamic nations to close Israeli embassies and boycott the Israeli economy to pressure Israel to cease restrictions at the Al-Aqsa Mosque. END_OF_DOCUMENT_TOKEN_TO_BE_REPLACED