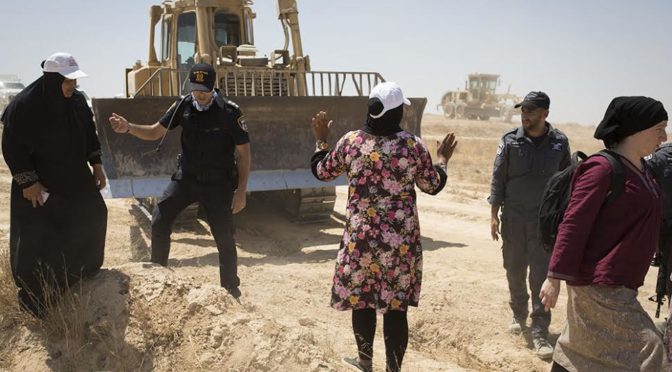 Both the English and Arabic thesauruses and dictionaries are going to need to be adjusted so “steadfastness” and “sumoud” have Al-Araqib as synonyms and alternative definitions. The Bedouin Palestinian village in occupied Al-Naqab–referred to by the terrorist ‘Israelis’ as “the Negev”–has just been demolished by the Zionist occupation for the 133rd time. The 132nd demolition was just three weeks ago on August 16th. It’s just about unfathomable to the human mind that anyone, especially a people as besieged, oppressed, colonized and brutalized as Palestinians, can still find the heart and soul just to wake up in the morning–let alone resist–after your livelihood has been ripped out from underneath your feet. Or better yet… Bulldozed. But somehow, that is exactly what the indigenous of Al-Araqib continue to do. 133 atrocities but they remain undeterred. They keep defying; keep fighting; keep living. END_OF_DOCUMENT_TOKEN_TO_BE_REPLACED