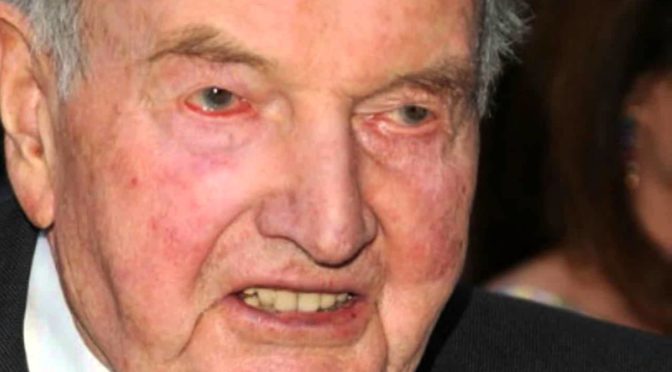 Satanic Sephardic banker David “Demon of Demons” Rockefeller has died and gone to Hell, to use the immortal Michael Collins Piper’s phraseology. The Jewish New World Order that Rockefeller played such an integral role in building to the detriment of billions of humans however remains intact and thus, all celebrations of this malevolent maniac departing the earthly plane are rather premature at best and slightly childish at worst, no disrespect… Especially considering that he he didn’t die the miserable death he deserved and he occupied space on this planet for over a century, literally and metaphorically sucking the blood from anything and anyone that he crossed paths with. Yes, while you won’t read about his true heritage in the obscene fawning obituaries of Zio-mouthpieces like WaPo, the NYT and others, the Rockefeller family is indeed part of that clannish guild of usurers, smut-peddlers, globe-holders, Christ-haters and Islam-bashers we refer to as “The Tribe”, so attaching Jewish and Sephardic to the accursed Rockefeller name is wholly applicable. The proof rests in the pages of Stephen Birmingham’s “The Grandees: America’s Sephardic Elite” and “Americans of Jewish Descent: A Compendium of Genealogy” by Malcolm H. Stern, both of which discuss the Sephardic origins of the Rockefellers and their “royal” status going back generations. END_OF_DOCUMENT_TOKEN_TO_BE_REPLACED 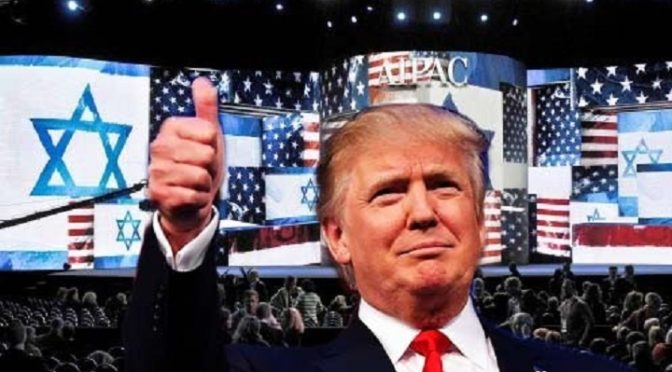 Donald Trump is a phenomenon. Love him or hate him, support him or oppose him, that’s truly the best word to describe him as well as his rise to power. Many in the Resistance Camp and alternative media threw their tacit weight behind the newly inaugurated 45th President of the United Snakes of IsraHELL to counter the warmongering, neocon-backed, bloodthirsty, demented Wicked Witch of the Swamp Zio-Killary Clinton who all but guaranteed WW3 if she made it to the White House. Trump’s condemnation of the “regime change” wars in Libya and Syria, seeming desire for friendship with Russia and his opposition to the Jewish-enforced political correctness discourse were breaths of fresh air and stark contrasts to the blatantly stated War Machine agenda of his opponent. END_OF_DOCUMENT_TOKEN_TO_BE_REPLACED 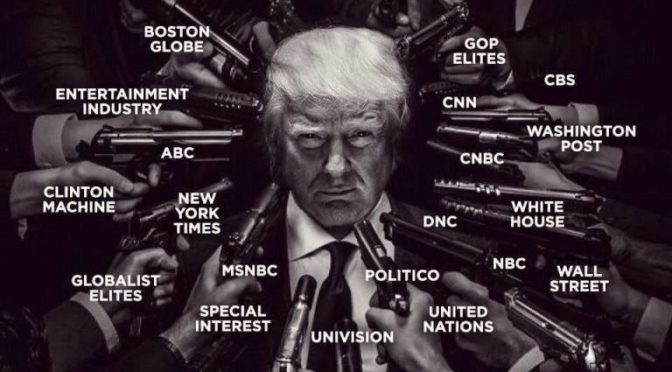 LOL! How about that? Donald J. Trump is the new president of the United Snakes of IsraHELL. Kudos to the big-mouth, narcissistic, horrifically spray-tanned billionaire for somehow prevailing over the greatest media demonization campaign in American political history and defeating the most satanic candidate, i.e. Zio-Killary Clinton, to come along in recent memory. Before we get to the analysis of how this massive upset happened and why, not to mention what the future holds, particularly for The Donald himself as he has made a whole host of enemies from every sector of the US power spectrum you can think of, a word for the liberals: HAHAHAHAHAHAHAHAHAH! Watching you putrid pansies shed literal monsoons of weakling tears over the loss of your war criminal witch-queen-from-hell has been nothing short of the greatest glory imaginable apart from vanquishing ‘Israel’ and liberating Al-Quds. Okay, so that’s assuredly stretching it just a tad but yo! Seeing all y’all Clinton worshipers squirm like the worms you are is too grand not to have a laugh or ten! END_OF_DOCUMENT_TOKEN_TO_BE_REPLACED 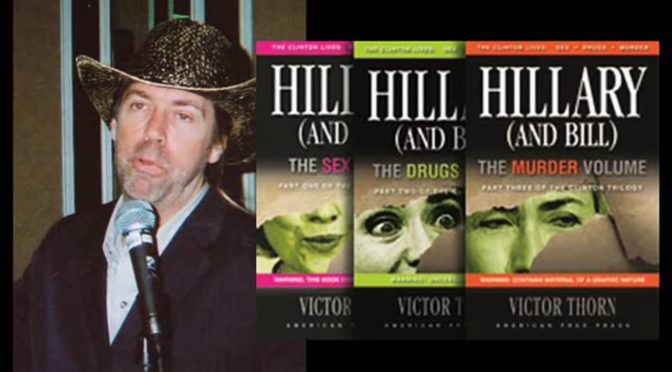 I’m shocked. I’m angry. And I’m saddened. Deeply and truly saddened over the death of author, researcher, activist, fighter and all-around good guy Victor Thorn. I didn’t know the man as well as my dear brother Mark Glenn, but I knew him well enough to call him my friend and I was honored to have worked with him. Victor had interviewed me several times over the last six years, about Iraq, Syria, the “Arab Spring”, Obama, the neocons, and Mossad’s linkage to 9/11, and it was always a pleasure. Unlike many persons in this struggle of ours, what stuck out most to me about the brother was that he was always upbeat. Jovial. Hopeful. Yes, hopeful is the best word. He believed that in spite of all the terror and horror that International Jewry had inflicted on the planet, we, the people, Muslim and Christian, Easterner and Westerner, the United Gentile Resistance Front, were going to prevail in the end. We shared that in common. It is for this reason that I don’t buy the official story even for half a second that Victor Thorn put a bullet in his own head. If it looks, smells and feels like bullshit, then 100 times out of 100, it’s bullshit. And Victor committing suicide, as far as I’m concerned, is just that. END_OF_DOCUMENT_TOKEN_TO_BE_REPLACED 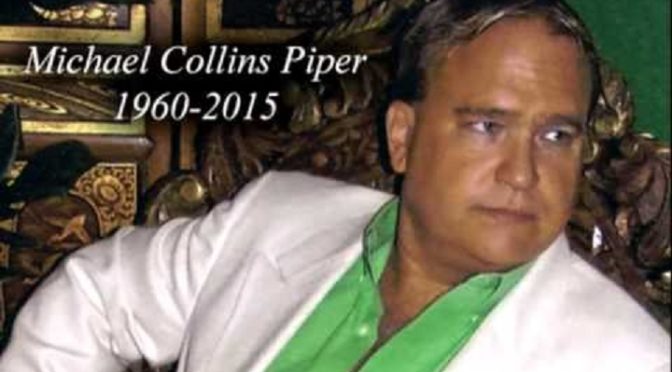 The man, the giant, the legend Michael Collins Piper would have turned 56 yesterday. He was my friend, my teacher, my brother, my mentor, and, hands down, the greatest, most prolific Anti-Zionist, Anti-Imperialist, Anti-Jewish-Supremacist writer in American history. His catalogue is, by far, bar none, unparalleled in the field and his writings were both jam-packed with information that you wouldn’t be (and still aren’t) able to find anywhere else as well as entertaining as all hell. He went places no writer and/or journalist would go, said things that they’d never be caught dead saying and challenged the Yahoudling power structure like no other. From his exposé of the neocons long before Mearsheimer and Walt, to his breakdown of JFK’s murder being a Mossad op from soup to nuts, to his ruthless deconstruction of the Rothschilds’ stranglehold over the globe, to his masterful demolition of the very lexicon the Zionist Power Configuration uses to control the way we speak, MCP was a spring of Haqq that never, EVER stopped flowing and nourishing. Truly, his knowledge was a force no Jew dared reckon with, hence why they chose to smear him through their ADL and SPLC attack dogs instead. If you’ve never read him, well, simply put, you don’t know a damn thing about politics in the land run by the American ZOG or international affairs in general. You really don’t. Thus, if you want to know, get yourself acquainted with the man NOW. END_OF_DOCUMENT_TOKEN_TO_BE_REPLACED