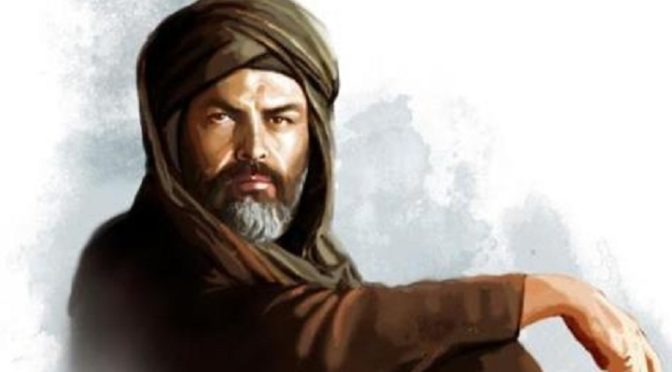 Imam Ali (A.S.), in Saying 324 of Nahjul Balagha, wrote, “Throw a stone in return from where one comes to you because [there are times that] evil can only be met with evil.” Mukhtar al-Thaqafi (R.A.) took this to heart and pursued the manglers and stranglers of Ahlul Bayt (A.S.) to the proverbial ends of the earth. The Commander of Commanders appointed Ibrahim al-Ashtar (R.A.), the son of Imam Ali’s (A.S.) right hand Malik al-Ashtar (R.A.), as his own vicegerent. A most fitting selection. END_OF_DOCUMENT_TOKEN_TO_BE_REPLACED 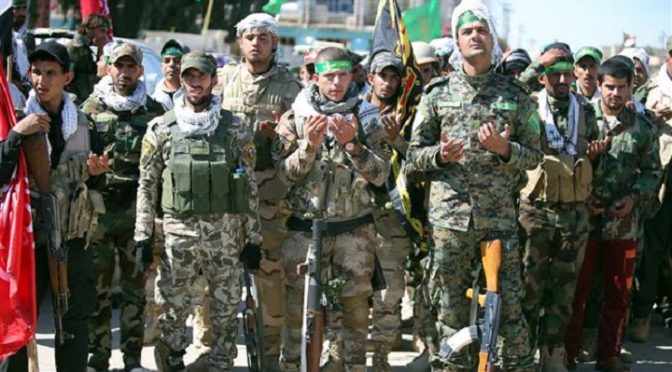 Suck wind Erdogan! For months and months, the Mad Takfiri Tyrant of Turkey has told the Iraqi Popular Mobilization Units (PMU/Hashd al-Shaabi) to stay away from Mosul and its surrounding regions, declaring to them as “sultan” of the imaginary “New Ottoman Empire” that they aren’t welcome in Mosul and that once it is liberated, it will only remain open to Sunni Arabs, Sunni Turkmen and Sunni Kurds. But with dozens of Assyrian Christian villages liberated by the Shi’a-led Hashd al-Shaabi already, the question has to be asked: How’s that working out for you Recep The Receptacle?! And now, today, since the operation that the PMU has been laying the groundwork for since the launch of the Mosul operation has officially begun, i.e. the fight for Tal Afar, ISIS’s central supply route to Syria, let us ask two follow-up questions: How you like THEM apples Recep The Reprehensible? You mad that your precious Daeshis are getting smashed by roaring, ferocious Iraqi lions? END_OF_DOCUMENT_TOKEN_TO_BE_REPLACED 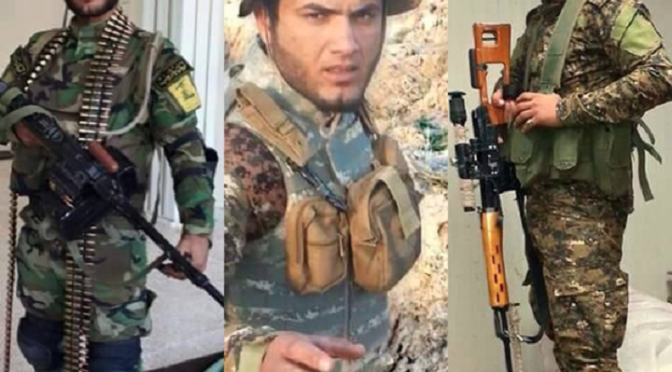 This is the story of martyred Iraqi moujahid Hussnayn al-Sa’adi of Harakat Hizbullah al-Nujaba, may he rest in power and in dignity and be appreciated by the Angels (A.S.) until the end of time. He was martyred in Syria on February 2nd, 2015 and it is a story that has never been told before up until now. The reason for writing it at this very moment in time is rather simplistic: We are in the midst of the first 10 days of the Muharram, that painful time when we relive the suffering of Imam Hussein (A.S.) and the Karbala 72, as well as reflect on how the sacrifices made on Youm al-Ashoura 680 A.D. (61 A.H.) affect us all today when thrown against the backdrop of the current geopolitical landscape. So what better time to recount the life of a Shahid as Husseini as Hussnayn al-Saadi than this one?! Born in Kufa and raised in Karbala, Hussnayn would begin his life as a moujahid at the tender age of 18 when the American-Zionist aggression was launched against Iraq. He joined the ranks of the Mahdi Army before heading towards Asa’ib Ahlul Haq and was known for his fiery demeanor, love of Palestine and passion for the Holy Qur’an, attributes which he put to good use on the battlefield, hyping up his fellow fighters in the confrontation against the invaders. Hussnayn would partake in liberating Basra from US-British occupation as well as several key battles in and around Baghdad. END_OF_DOCUMENT_TOKEN_TO_BE_REPLACED