A most disturbing statistic has emerged out of the usurping ‘Israeli’ entity: 28 of the 32 Jewish women inside the Knesset have gone on record about being sexually harassed or abused at some point in their lives. This is a reflection of the larger problem of sexual violence within the psychopathic Zionist enclave, which has been described not only as a “pedophile’s paradise” but also as a “human trafficking haven”, and we all know that “human” is merely a euphemism for young women. Indeed, 1 in 3 Jewish women, that’s right, a whopping 33% of ‘Israel’s’ female occupiers, have faced sexual harassment, rape, assault or other forms of sexual abuse and violence at the hands of Jewish men. And while I do not feel sorry even in the least for any of these creatures, as they are usurpers, murderers, colonizers and land thieves first and foremost, just as much so in fact as the ‘Israeli’ men hurting them, numerous insights can be drawn from this ‘societal’ plague which will allow us to gauge how the enemy thinks, works and executes its pathological agenda. For if the Jew hates his own women this much that he can commit such egregious crimes against them, is it really so surprising that the Jew peddles pornography on a global scale to undermine Gentile morality (see Nathan Abrams’ “Triple-exthnics” in the Jewish Quarterly), trafficks young women on a global scale (i.e. the Russian-Jewish mafia; see “Red Mafiya” by the courageous Robert Friedman), deliberately targets women in his wars of aggression against Palestine and Lebanon and unleashes savage women-killing proxies against our people (i.e. the Phalangists of yesteryear and the Takfiris of today)? Is it really? END_OF_DOCUMENT_TOKEN_TO_BE_REPLACED 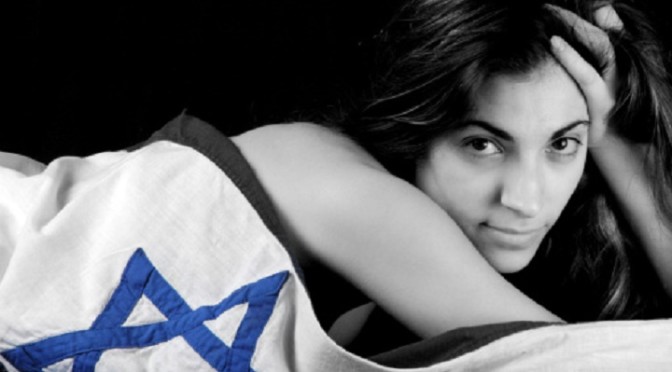 As usual, the Jewish anti Zionist ‘dissidents’ are very effective in providing juicy historical and factual anecdotes; yet, the nature of the culture that drives such phenomenon is left untouched and even concealed. Within the idiom of Jewish Left anti Zionist discourse, we are asked to condemn the symptoms but never to examine the disease. In this invaluable video, made by Israeli peace activist David Sheen, the Jewish culture and heritage that provoked such horrendous behavior toward women is left untouched. Interestingly, the video stops abruptly as soon as Dr Reich mentions the ‘J’ word. END_OF_DOCUMENT_TOKEN_TO_BE_REPLACED