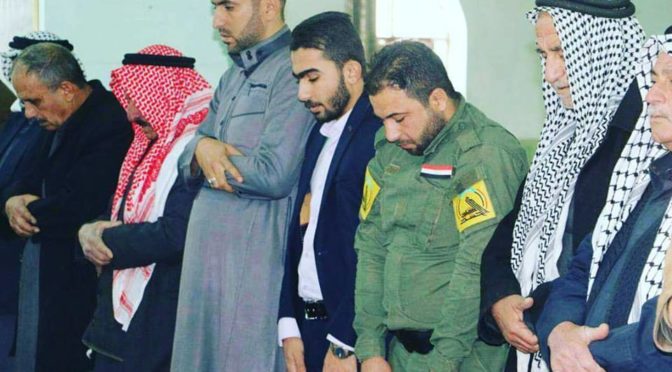 Beautiful. Just… BEAUTIFUL. Shi’a moujahideen of the Iraqi Popular Mobilization Units pray with Sunni tribal elders just outside of Mosul before returning to the battlefield to move forward with the liberation of Iraq’s second city. What’s the best way to weaken an enemy which seeks nothing less than your complete implosion via sectarian terrorism? By locking knuckles and declaring “We Are One Hand”. And that’s exactly what Iraq’s civilians, soldiers and fighters are doing. END_OF_DOCUMENT_TOKEN_TO_BE_REPLACED 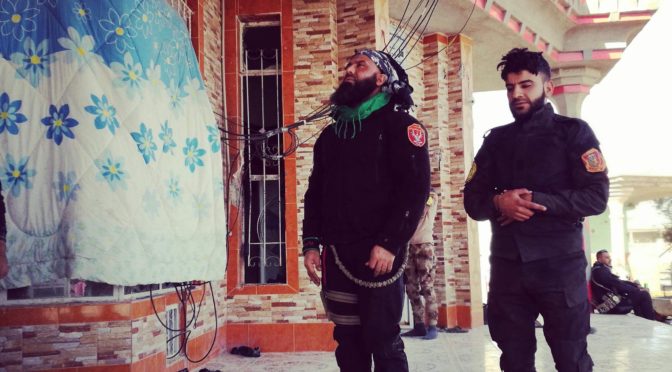 Nothing says “Jummah Mubarak!” like Islamic unity. Pictured here are Omar al-Tikriti, a Sunni fighter of the Iraqi Popular Mobilization Units, and Abou Azrael (Ayyoub Faleh al-Rubaie), commander of the Imam Ali (A.S.) Brigade and Iraq’s most prolific Shi’a moujahid who has single-handedly neutralized nearly 1,000 ISIS terrorists. (Yes, the big-bearded Takfiri slayer keeps his weapon on his sajjadah ’cause badassery is just what he does :D!) The two Muhammadi soldiers are praying together before returning to the battle against MossadDaesh on the outskirts of Mosul. Joint Sunni-Shi’a prayer sessions are routine in Iraq’s conflict zones. Not only due to the genuine love and brotherhood between the moujahideen of each respective Islamic school of thought, but also because there is no greater weapon against ISIS than the categorical rejection of division. If there was so much violent sectarianism in Iraq, how could these two be anywhere near the same vicinity as one another, let alone praying together? If there was a “Sunni-Shi’a war” unfolding on Mesopotamia’s streets and sands, how could this even be possible? If the Sunnis hated the Shi’a, wouldn’t Omar go for Abou Azrael’s jugular? And if the Shi’a were “marginalizing” and “persecuting” and “communally cleansing” Sunnis, Abou Azrael would’ve put his boot on his comrade’s neck, not kneel down side-by-side with him in worship, right? Right. So stop believing the filth of International Zionism’s press. END_OF_DOCUMENT_TOKEN_TO_BE_REPLACED 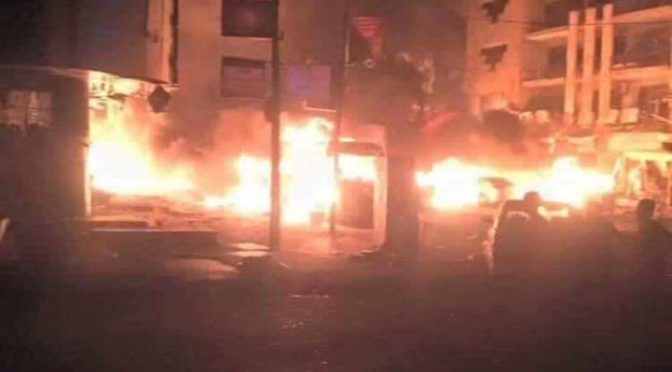 Furious beyond furious after another atrocity in Iraq. Savage Takfiri goons of ISIS have carried out a double bombing in Baghdad, leaving at least 78 Iraqis martyred and over 160 others wounded in a suicide attack on a restaurant in the Karrada district, as well as at least 5 martyred and more than 20 innocents the Shaab district when a homemade explosive was detonated at a market, right as people were breaking their fasts. With the 83 martyrs today, the Iraqi casualty count in MossadDaesh’s Ramadan Massacre–which has also targeted Afghanistan (30 martyrs), Somalia (20 martyrs) and Bangladesh (28 martyrs) in the last 48 hours–is now at nearly 200 dead and hundreds upon hundreds wounded, among them women and children, and many of whom are in critical condition. Shi’a, Sunnis and Christians of all ethnic backgrounds. Do you see the Zionist media anywhere? What about the Sorosite tentacles like Human Rights Watch, Amnesty International and the Open Society Institute? “Palestine Solidarity Movement” has gone missing in action too, hasn’t it? And yet you trust these devils in their reportage and/or “activism” on ANYTHING related to our region, particularly Syria, Iraq and Yemen?! Shame on you. END_OF_DOCUMENT_TOKEN_TO_BE_REPLACED 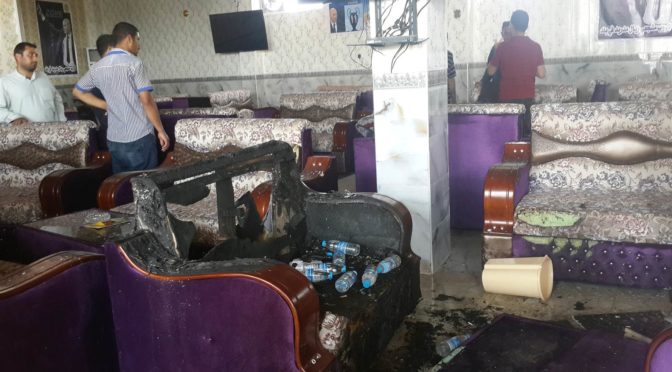 If there is one thing that defines Iraqis apart from our resilience, it is our seemingly interminable heartbreak. And right now… Right now, my ticker is tight from the agony. The homeland was rocked by another suicide attack late last night when an ISIS terrorist, strapped with an explosives-laden vest on his chest, ran into a Sunni masjid in Abou Ghraib just west of Baghdad and detonated the bomb, slaughtering at least 14 innocents and wounding over 32 others as they were breaking their fast and getting ready for the Maghreb prayer. I don’t have the words for this monstrous, psychotic crime… I just don’t. Not today. I’m too sad. And too angry. No. Not angry. FURIOUS. ISIS’s Ramadan Massacre across our region–Iraq in particular–rages on and the silence of the Western-Zionist media rages on with it as does the minimal, quimly, whisper-like acknowledgement from those House Muslims and House Arabs who dare utter fake words of support for the Palestinian cause, whilst simultaneously upholding the banners of Zionism and Takfirism in every corner of the Arab-Islamic world. It’s not cognitive dissonance. It’s collaboration. It’s betrayal. Call it what it is. END_OF_DOCUMENT_TOKEN_TO_BE_REPLACED