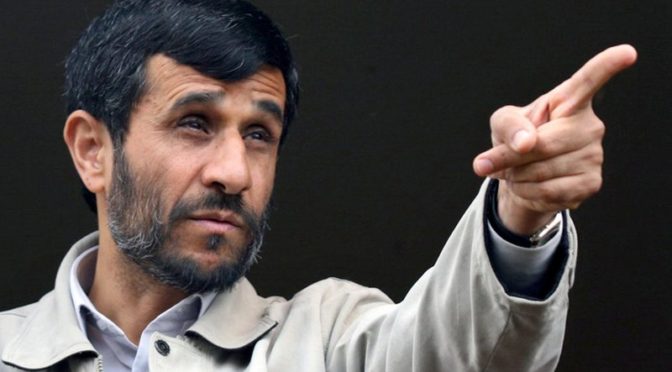 With that outta the way, and since the following revolutionary giant has been back in the news lately with his unfortunate disqualification from the upcoming Iranian election, it’s time to share the next piece of Intifada Street founder and graphic artistry wizard-warrior Mohammad Hamza’s ongoing “Eternally Husseini” promo series: Dr. Mahmoud Ahmadinejad. I dedicate an entire song to The Good Doctor on the album, bluntly and appropriately called “We Love You Mahmoud!” To call the man a hero, an inspiration, a legend, a glory, a gift or a gem would all be criminally understating it… Hence why it took me a whole track to pour my heart out for this modern-day saint whose support for the Lebanese Islamic Resistance helped win the July 2006 War; whose backing of the Iraqi struggle against the American-Zionist occupation helped us prevail over the invasion; and whose unlimited assistance to the Palestinian Resistance, especially Islamic Jihad, helped inflict a humiliating defeat on ‘Israel’ during Operation Pillar of Cloud in 2012. Also, lest we forget that large chunks of humanity woke up under Ahmadinejad’s tenure as the Islamic Republic of Iran’s president from 2005 to 2013 because of his fearless confrontation of the two greatest myths prevailing in geopolitics today: The official 9/11 story and the official “Holocaust” narrative. If leaders in the Arab-Islamic world today had a thimble, nay, A THIMBLE OF A THIMBLE of Ahmadinejad’s courage, compassion and commitment to True Islam, the “Arab Spring” never would have come to fruition, ‘Israel’ would no longer exist and the Empire would have LONG been ejected from our region. Same wisdom applies to all these “Anti-Zionist” frauds who claim that they oppose the usurping Judaic entity but won’t touch 9/11 truth or “Holocaust” revisionism with a 10,000-foot pole because they fear what Jews may think of them. Cowards! Damn cowards, the lot of ’em! END_OF_DOCUMENT_TOKEN_TO_BE_REPLACED 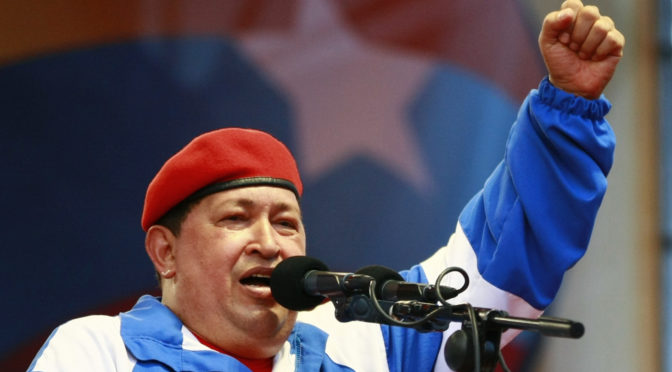 Comandante Hugo Chavez, the liberator of Venezuela and unifier of Latin America, should’ve been 62 years old today. But instead his life was taken by the US and ‘Israel’ with what the Bolivarian Venezuelan government called a “cancer implant”. Getting infected by the Zio-Yankees with some kind of biological weapon was something that Hugo spoke of openly, as well as the Mossad trying to kill him, so this shouldn’t come as some sort of astonishment. Quite to the contrary, it should make the fire in our hearts against his murderers blaze that much brighter and our commitment to defending Hugo’s legacy of Bolivarianism that much firmer. To say that we miss him isn’t just an understatement but almost an insult, as it is more like we ache for his presence. If only the Benevolent Bull of Barinas was here, and healthy, the US-Zionist counterrevolution we’re now seeing regionwide wouldn’t be rapidly advancing in its destructiveness but dead in the water. END_OF_DOCUMENT_TOKEN_TO_BE_REPLACED