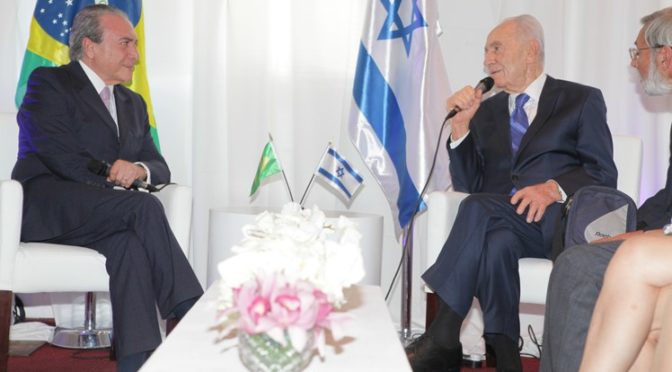 It’s only been a few weeks since the Zionist coup in Brazil and a Judaized shift in the Latin American powerhouse and BRICS stalwart is already unfolding. Michel Temer, the putschist who seized power from Dilma Rousseff, is known as a “friend of the Brazilian Jewish community”, and this “righteous Gentile” (as the ‘Israelis’ like to call all their puppets) has already appointed another “friend of the Brazilian Jewish community”, Jose Serra, as Brazil’s foreign minister. It has also been revealed that the Coupmonger-In-Chief worked closely with Fernando Lottenberg, the president of the Brazilian Israelite Confederation, on raising awareness (read: brainwashing) among Brazilians about “Holocaust Remembrance Day” as well as passing Zionized “anti-terrorism” legislation that will undoubtedly have an Orwellian effect on Brazil’s citizenry. END_OF_DOCUMENT_TOKEN_TO_BE_REPLACED 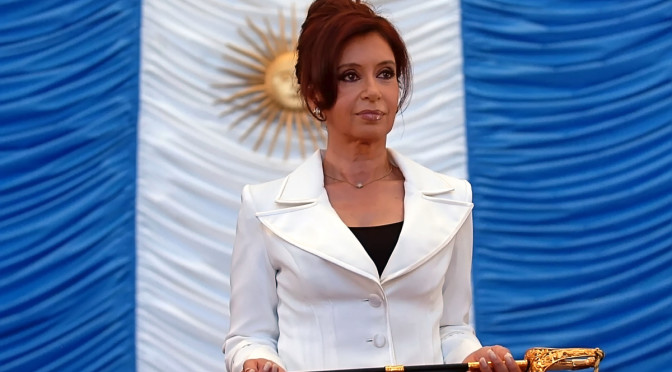 Buenos Aires, however, has been opposed by a cross-section of the old regime and oligarchs collaborating with the United States. These forces have opposed major national projects, the re-nationalization of large companies, and the strengthening of the executive branch of government. In this regard, Argentine President Cristina Fernández de Kirchner’s showdowns with her opponents are similar to Vladimir Putin’s showdowns with Russian oligarchs and politicians that wanted to subordinate Russia to Wall Street and Washington, as well as Western Europe’s capitals and financial hubs. END_OF_DOCUMENT_TOKEN_TO_BE_REPLACED 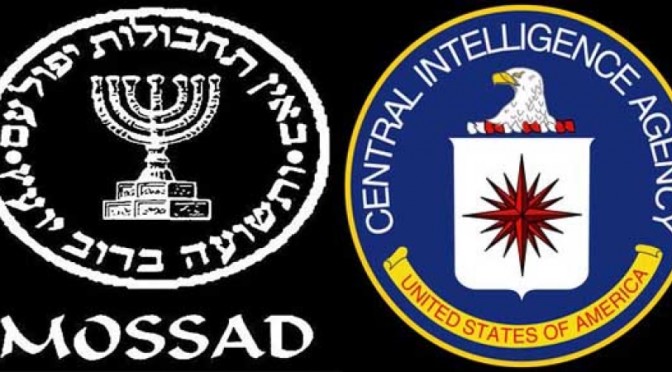 The West’s global war on terrorism certainly kicked off in 2015 with a bang. High-profile events, charged with “unexplained and unexplainable” circumstances, began January 7 with the “Charlie Hebdo Event” in Paris.

Eleven days later, Alberto Nisman, Argentine Public Prosecutor in the case of the 1994 AMIA Jewish Mutual building terror bombing in Buenos Aires was found dead, just as he was about to make public “high-power evidence” against Argentina’s President Cristina Kirchner and her Foreign Minister Hector Timerman for allegedly covering up Iran’s role in the attack. END_OF_DOCUMENT_TOKEN_TO_BE_REPLACED

This time, a purported arrest warrant for Argentine President Cristina Fernandez de Kirchner and Foreign Minister Hector Timerman for reaching a deal with Iran to shield Iranian officials wanted for planning the 1994 bombing of a Jewish center in Buenos Aires was reportedly “found” by investigators in a rubbish bin at the home of Argentine prosecutor Alberto Nisman, the alleged author of the arrest warrant. END_OF_DOCUMENT_TOKEN_TO_BE_REPLACED

Argentine prosecutor Alberto Nisman was found shot dead on 18 January, a pistol by his side. He had been hours away from outlining his accusations against President Cristina Fernandez de Kirchner at a congressional hearing. The prosecutor was to deliver a report on the investigation of Argentina’s worst terrorist attack – a bombing in 1994 that killed 85 people and left dozens wounded at a Jewish community centre. The Argentine special services and the prosecutor’s office first traced it to Iran, then the «Syrian trace» emerged, dirty cops from Buenos Aires were also on the list of suspects. Iran immediately denied its involvement.

Mr. Nissan’s death rocked the country. His personal safety appeared to be guaranteed – Nisman had a security detail of 10 federal police to constantly accompany him wherever he went, his 13th floor apartment in a fashionable city area was also guarded around the clock. Nisman’s housing complex has security guards and CCTV cameras at every entrance. All visitors are registered. No matter that, the tragedy has taken place to start off a detective story. Suicide was the first thing to come to mind. Nisman’s mother found the door to his apartment locked from the inside and got a locksmith to open it. She found her son’s body on the floor of the bathroom, and called the police. A 22-calibre handgun was found next to Nisman’s body together with a bullet casing. It was a point blank shot to support the suicide story. Mr. Lagomarsino, a computer specialist and long-time acquaintance of Mr. Nisman, lent him the gun that killed him for self-defense. As Nisman told him then, «Don’t worry, it’s to have in the glove box just in case a crazy person with a stick comes up and says I am a traitor». Nisman was threatened at the time. He had special fear for the safety of his daughters. The investigators are trying to find out who exactly had tried to exert pressure on Nisman, threaten him with compromising evidence, or blackmail him to make the prosecutor biased to meet somebody’s interests. END_OF_DOCUMENT_TOKEN_TO_BE_REPLACED

Argentina’s President Cristina Kirchner has warned the United States against the serious consequences of what she called US officials’ slandering Buenos Aires over its debts.

In a harsh five-page letter on Friday, the Argentina president criticized US President Barack Obama’s choice of hire for a high-level advisory position in his administration. END_OF_DOCUMENT_TOKEN_TO_BE_REPLACED

Argentina’s President Cristina Kirchner on Tuesday charged in an emotional address that domestic and US interests were pushing to topple her government, and could even kill her.
Domestic business interests “are trying to bring down the government, with international (US) help,” she said.

Kirchner said that on her recent visit to fellow Argentine Pope Francis — whose help she has sought in Argentina’s ongoing debt default row — police warned her about supposed plots against her by ISIL activists.

“So, if something happens to me, don’t look to the Mideast, look north” to the United States, Kirchner said at Government House. END_OF_DOCUMENT_TOKEN_TO_BE_REPLACED