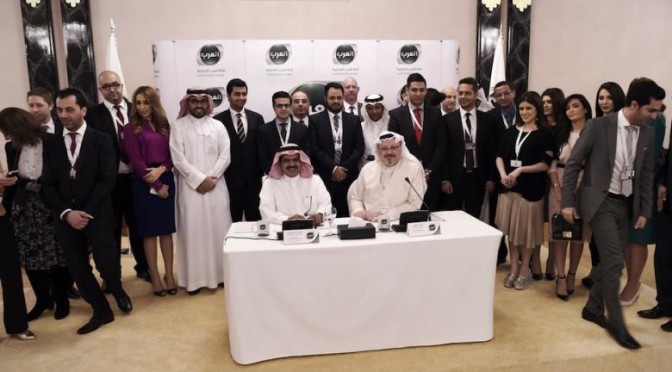 The countdown has begun for the launching of Al-Arab news channel in February 2015. The station is owned by the Saudi billionaire Prince Alwaleed bin Talal, according to an announcement made by its chief executive officer Fahd al-Sukait yesterday during a press conference held in Bahrain’s capital, Manama. In the meantime, an extensive advertising campaign is underway featuring the channel’s logo, which bears a striking similarity to the logo of the Rotana channels, in green and golden colors. END_OF_DOCUMENT_TOKEN_TO_BE_REPLACED