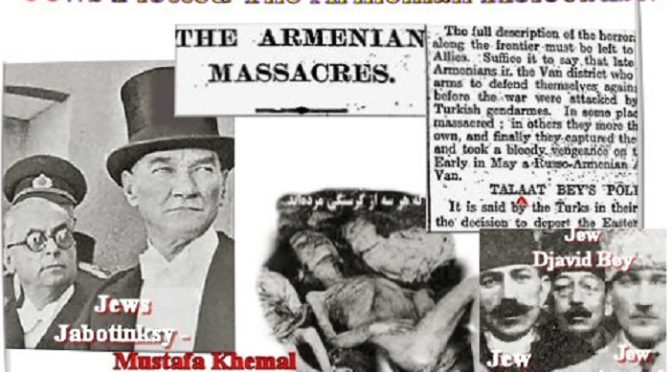 It is one of history’s greatest deceptions that the Young Turks’ wanton slaughter of 1.5 million Armenians between 1915-1923 was a Muslim crime. This hideous lie is repeated with vomit-inducing frequency by Jewish-funded Islamophobes in an ill-fated attempt to show supposedly inherent Islamic enmity to Christians. Poppycock. ALLAH (SWT) says in the 82nd Ayah of the 5th Surah (Ma’idah) of the Holy Qur’an that the closest to Muslims in brotherhood are the Christians. Jesus Christ (A.S.) is quoted extensively throughout the Qur’an and his pure mother, Lady Maryam (A.S.), has an entire Surah in her name. There is in fact inherent LOVE for Christians and their Prophet-Messiah (who is also our Prophet-Messiah) in Islam. END_OF_DOCUMENT_TOKEN_TO_BE_REPLACED