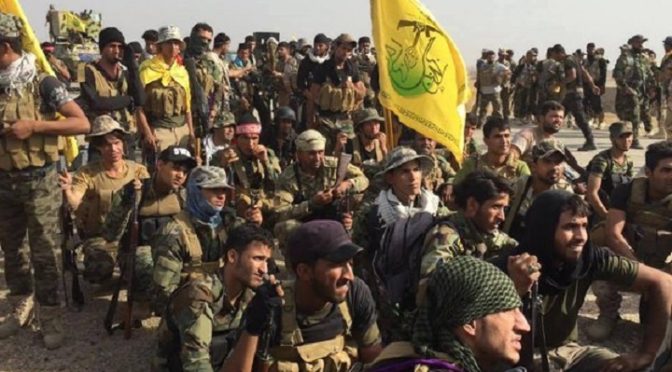 While we are currently in a “ceasefire” stage right now in Syria, a “ceasefire” mind you that isn’t worth the paper it’s written on and has already been violated something like five or six dozen times by the Wahhabi scourge since it went into effect this past Monday, the recent victory in Aleppo’s Al-Ramouseh District was a critical one. It was the Al-Ramouseh triumph in fact that pressured the American regime into finally accepting a “ceasefire”, as its Takfiri terrorist proxies had been soundly defeated and put on the brink of annihilation–and now the American regime is actively undermining the very “ceasefire” it agreed to, which shows you just how mental the goons running the Washington ZOG are. Nevertheless, noting how strategically important the liberation of Al-Ramouseh was (and is), it’s unfortunate that the heroic role of Iraqi Resistance organism Harakat Hizbullah al-Nujaba (HHN) has essentially been muted even among our own camp. END_OF_DOCUMENT_TOKEN_TO_BE_REPLACED