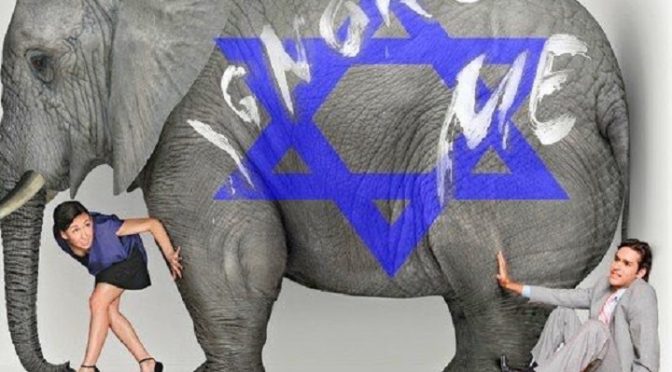 On the other hand, run “Catholic Church abuse” in your favorite search engine and you will find page… After page… After page… After PAGE… On top of more pages from the likes of the NYT (owned by the Jewish-Zionist Sulzberger family), CNN (owned by ‘Israeli’ terrorist Aviv Nevo), the Washington Post (CIA-Mossad dumping ground owned by CIA-Mossad-connected Jeff Bezos, who bought it from the Jewish-Zionist Meyer-Graham family), the Chicago-Sun Times (owned by Jewish-Zionist Sam Zell), CBS (quietly still controlled by “royal” Zionists Sumner Redstone and Leslie Moonves, who COHENcidentally happens to be an accused rapist himself), NBC (owned by Jewish-Zionist Brian Roberts and run by Jewish-Zionist homosexual Bob Greenblatt), a plethora of “small-town” papers and zines owned by the Jewish-Zionist Newhouse family and it goes on in excessively nauseating perpetuity. Plainly stated: Reporting about sexual abuse, violence and cover-ups in Christendom, whether real or fake, on-point or exaggerated, has a mandate and full support from the global press. Reporting about the exact same issues related to Jewry however is shunned with such a deathly cold that it would make the winds of the arctic obscenely jealous.

Why? Because World Zionism runs the media and World Zionism doesn’t want the Goyim to know about the vast array of savage deviance that exists within the Jewish community. Again we rhetorically ask… Why? Because then the Goyim would see that there aren’t but a couple degrees of separation–and BARELY a couple degrees of separation at that–between Judaic depravities against Judaic children and Judaic depravities–including pedophilia–imposed on Gentiledom through Zio-domination of media, fashion, sports and entertainment. So instead of running the risk of multiple cans of worms exploding at once and seeing a mass awakening-cum-transformation of Goyboys into Gentile Truth Soldiers exposing the already-crumbling Halakhic-Talmudic NWO, Empire Judaica buries the terrors of demons like Rosenfeld; it throws the child-rape epidemic into the abyss.

And an epidemic it truly is. At the Ramaz School on New York’s Upper East Side alone, where Rosenfeld wreaked havoc for a time, there were two more opprobrious violators, Albert Goetz, a psychopathic predator with a foot fetish, and Richard Andron, a maniacal beast who used karate and pornography to lure his victims in. On the same level of Rosenfeld is the infamous Rabbi Avrohom Mondrowitz, an American-‘Israeli’ hellion who raped at least 300 children and skated off to ‘Israel’ before he could be tossed into the bing. Just for a little perspective: America’s worst pedophile is considered to be Dr. Earl Bradley, who raped over a hundred of his patients during a period of about a decade and change. Mondrowitz and Rosenfeld (easily) triple his number of victims and time-span of abuse yet their names aren’t known by a fraction of a fraction of the people who are cognizant of Bradley’s evil. Malka Leifer raped 16 girls in Australia before she fled to the usurping Zionist entity. Israel Weingarten raped his own daughter. Rabbi Solomon Hafner assaulted and traumatized mentally disabled children. Sidney I. Goldenberg was a coast-to-coast offender, raping children in New York and California. The list is endless. It’s also unprecedentedly disturbing. And beyond the scope of this piece obviously. Our central aim is to raise awareness on JUST HOW EXTENSIVE pedophilia in the Jewish community is and JUST HOW HYPOCRITICAL the corporate press as well as so-called “anti-abuse” activists are for not tackling the topic with a 6-million-foot pole.

There’s an elephant in the room that must be mentioned before bringing this study in iniquity to a close. Just as Mouqawamah Music had previously documented that Jewish abuse of women, in the illegitimate ‘Israeli’ regime especially, stems from the ultra-hateful Talmud along with the corrupted Torah, we’re documenting now that pedophilia does too. It is is permitted and encouraged by the Talmud with such shockingly blatant language, such filth, that it should never again be misunderstood or questioned why sexual assaults on kids are part and parcel of Jewish life, particularly at the hands of Talmudic scholars. Sanhedrin 55b of the Talmud says, “A Jew may marry a three-year old girl [specifically, three years ‘and a day’ old].” Yebamoth 57b, Yebamoth 60b and Niddah 44b echo this. Sanhedrin 54b declares, “A Jew may have sex with a child as long as the child is less than nine years old.” Hands down, Kethuboth 11b is the sickest of all, “When a grown up man has intercourse with a little girl, it is nothing, for when the girl is less than this — that is, less than three years old — it is as if one puts the finger into the eye — tears come to the eye again and again, so does virginity come back to the little girl under three years.”

Got that? Jews can rape kids because their purity’s gonna come back anyway. The rabbis say so! This is the insanity that the “chosenites” believe. It’s a literal blueprint to commit crimes against children and subsequently be absolved. No reportage of THESE truths either. And you dare doubt that Zionists control the media with malice? You dare wonder how rabbinate-governed ‘Israel’ is a paradise for pedophiles?

When it’s all said and done, the Talmudically-motivated Rosenfeld was convicted in 2001 on two mere counts of second-degree child molestation for raping a 12-year-old boy he was tutoring at Temple Am David in Rhode Island’s Warwick two years prior. All he got was a ten-year suspended sentence and probation. This is a recurring pattern. Catholic priests, guilty or not? Lynched. Muslim clerics, guilty or not? Mobbed. Guiltier-than-sin Jews though? Ignored like they don’t exist. There aren’t any UN investigations into the relationship between World Jewry, ‘Israel’ and the human trafficking networks that thrive on pedophilia. No hashtags or demos from the “Me Too” movement. And forgive the repetition, but not a damn lick of air time in the corporate press or Hollywood-linked circles because Zion’s got it locked. That Stanley S. Rosenfeld–who has a long stint in the hellfire awaiting him–can walk the earth, maim and scar hundreds of children, and essentially float away scot-free is proof of the Dajjalic time we’re living in. It’s also proof that monsters, as we noted, are real.

But all monsters must ultimately be vanquished. And with a little courage… plus a lot of faith… We can indeed slay them. Along with the system they’ve built to futilely uphold the darkness. It starts with the truth–the only weapon we really need.