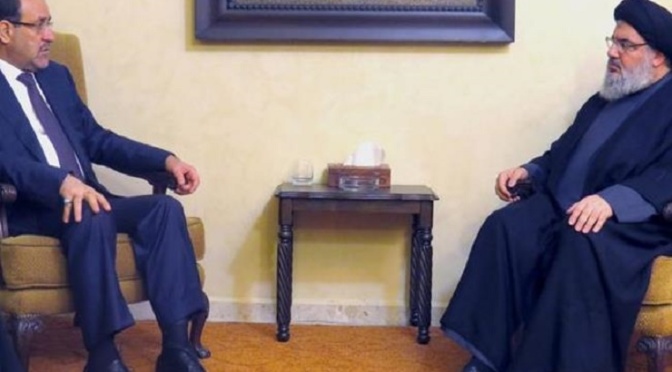 The meeting also discussed the responsibilities and the roles that must be played by the Muslim and Arab governments as well as peoples in face of the various challenges in the region.

Hezbollah leader and the Iraqi official had identical views regarding the major issues and stressed the importance of exerting all the possible efforts to preserve the complete independence of every country, to prevent the sectarian seditions and to face the takfiri movements which threaten the entire region.

The two sides also expressed their absolute confidence in the inevitability of the victory of the peoples and the government of the region in their conflict against ISIL terrorists who cannot have their future in any of the regional countries.