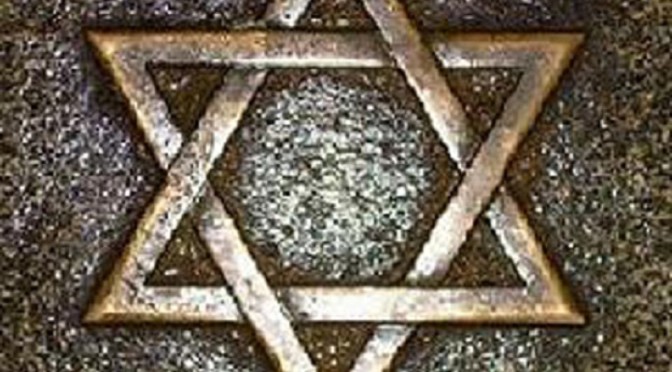 But the term “Jewish Voice for Peace” is the opposite of redundant. It is an oxymoron.

There is no basis for peace when you believe that you were chosen by God (or by yourself) to rule over the planet, with the Gentiles who may happen to survive your big fiery holocaust relegated to the position of being your slaves.

FACT: What is today called Judaism is NOT a nice religion. It is and has always been a conspiracy against humanity, more of a domination strategy than a religion. The reason that the problem has only gotten worse and worse is that humanity is being held captive, not free to identify the source of the problem. This is the only explanation. We have gotten nowhere because step #1 was never really taken. Even the Old Testament prophets that are revered by Muslims and Christians aren’t the same versions of the “prophets” held in esteem by Judaism’s adherents; the Muslim-Christian understandings/versions of Moses, Abraham, Noah, Ishmael, Solomon, David, Lot and countless others are peace-loving, tyranny-opposing righteous men of God. The Jewish versions of these same personalities are nothing less than cold-blooded, mass-murdering, drunkard, incestuous, genocidal, warmongering, criminal, maniacal gangsters. Literally. It is right there in what the Jews refer to as their “holy” books. Does this not speak volumes?

Opposing Judaism, even though it is clearly wicked and filth-ridden if you study what it is, is placed outside the parameters for socially acceptable discourse. Your opposition to Judaism is never characterized as anti-Jewishness, or more appropriately, anti-Jewish-supremacy. We are taught to call it, “anti-Semitism”, because the Jews are terrified that “anti-Jewishness” or “anti-Jewish-supremacy” will become concepts in the public mind. Why would you NOT oppose conspiracies against not only you but all the rest of your human family as well? We have to get serious and rise up against this Beast.

One thought on “Rise and Trevolt Entry 3: Redundancy and Oxymorons of World Jewry’s New World Order”