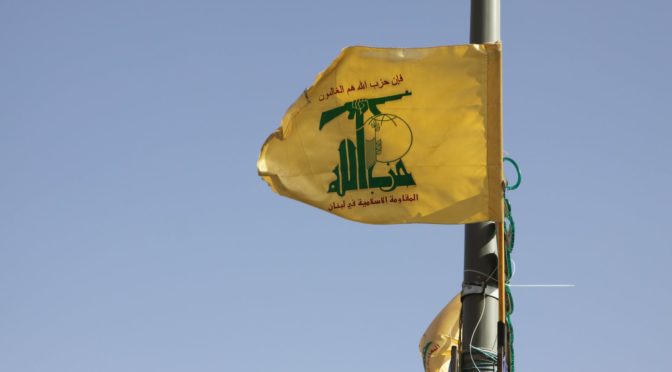 What if there was no Hizbullah? Resistance and Liberation Day isn’t merely a time of celebration in commemoration of the history-echoing victories achieved by Hizbullah. It is also a time for deep reflection, as Sayyed Hassan Nasrallah noted in his breathtakingly wonderful speech today. Indeed it is a time when we should be reflecting on where we are in our struggle, the severity and the status of the regional and international equations, and how to progress forward towards our ultimate goal of rendering ‘Israel’ obsolete. And I can’t think of a more profound point of pondering than the following question above: What if there was no Hizbullah? We don’t have to start as far back as 1982 when the Lebanese Islamic Resistance first emerged out of its humble beginnings of namelessness, nor do we need to refer to the ‘93 and ‘96 ‘Israeli’ aggressions, nor the liberation itself on May 25th, 2000, as the majority, not the vast majority or even most persons, unfortunately, but the majority of Lebanese agree that Hizbullah’s triumph over the cancerous Zionist entity and the end of the monstrous occupation were good things. So let us start with the 2006 July War and allow me to ask again: What if there was no Hizbullah?

If the Mouqawamah disbanded after the liberation of Lebanon, there most certainly wouldn’t have been a 2006 July War because the Zionists would have launched their devious, murderous aggression much sooner. With no Hizbullah to defend the Jnoub, ‘Israel’ would have ripped through villages, towns and entire cities with a genocidal Jewish savagery not seen since the Nakba. ‘Israeli’ occupation forces would have reestablished their illegal buffer zone, only this time, they would need no SLA or like-similar auxiliary to do their dirty work because there would be no resistance to contend with, thus leaving the enemy nothing but free reign to expand their control all the way into Beirut, the full spectrum of the Lebanese coast, the Bekaa and beyond. Yes, it’s true that there were Lebanese communists, socialists and other leftists who fought the usurping Jewish entity when it invaded Lebanon in 1978, and though their sacrifices and bravery should be saluted, the truth is that their effectiveness was minimal at best and despite their best efforts, ‘Israel’ expanded and felt emboldened enough to further its expansionism in 1982. So if there was no Hizbullah, simply put, Lebanon would be lost.

With no Hizbullah, which the ‘Israelis’ view as their number one enemy, their most dangerous enemy, their most effective enemy, etc. and they have reiterated this over and over, Lebanon would be subjected to a Palestine-style occupation. Colonization, ethnic cleansing, settlements, destruction of olive trees and other crops, theft of resources, contamination of water, a barbaric gulag-like prison regime that makes Nahal Oz and Ofer look like five-star resorts, more settlements, the proliferation of completely insane Jewish supremacist squatters throughout Lebanon’s greenest, most beautiful lands, and of course, routine, Halakhic-Talmudic, ritualistic massacres of civilians, especially children, as Lebanon is fractured into a hodgepodge of Swiss-cheese-statelets.

As ‘Israel’ doubles in size, it sees zero threat coming from the Syrian Arab Republic and decides to launch its Takfiri destabilization project. With no Hizbullah, there is nobody to guard and/or liberate the Syrian-Lebanese border, i.e. the ultra-strategic, ultra-rugged Qalamoun Mountains and the Arsal barrens, from the Takfiri scourge. With no Hizbullah, the Wahhabi terrorists move into the Homs countryside with ease, overrunning the Syrian Arab Army in the pivotal battle for super-imperative Al-Qusayr. Homs itself falls. Then Damascus. Then Hama, Quneitra and Daraa. The Syrian Arab Army is bloodied, exhausted, pushed to collapse and before we can even blink, the Syrian Arab Republic is no more and a Saudi-style, Zionist-normalizing Takfiri emirate now rules over Bilad al-Sham.

Massacres of Lebanese Sunnis, Shi’a, Christians, Druze and anyone who doesn’t submit to Takfirism begin with reckless abandon on the border as well as deep into Lebanon’s northern regions as there is no Lebanese Islamic Resistance to stop the carnage. Why should we go to such extremes? Because long before Iran’s Islamic Revolutionary Guard Corps and Russian Aerospace Forces intervened in Syria, it was Hizbullah, with its tactical finesse, brilliant hybrid guerilla-conventional warfare and sacrifices, which intervened at a most critical time, staved off the Takfiris and prevented Syria from falling into US-‘Israeli’-Saudi hands. With no Hizbullah however, Syria would be lost, and the pluralism that has long prevailed among the peoples of Bilad al-Sham is shattered into countless, unsalvageable fragments.

With Lebanon and Syria removed from the regional picture in a mere matter of years, Palestine is alone and abandoned, as Resistance Axis bases of operations and coordination in the Levant are destroyed and occupied by ‘Israel’ and its Takfiri tools. With no Hizbullah, the Second Intifada ends early as there is no external support provided by the Lebanese Islamic Resistance; there are no moujahideen to smuggle guns and missiles into the West Bank and Gaza Strip; there are no moujahideen to train the Palestinian Resistance in the art of tunnel-digging and rocket-building; there are no moujahideen to teach the Palestinian Resistance the effective, ghost-like resistance strategies that were integral to pushing the ‘Israeli’ terrorists out of Lebanon. With no Hizbullah, ‘Israel’ doesn’t need Operation Pillar of Cloud and Operation Mighty Cliff, as it decapitates the Falasteeni Mouqawamah during Operation Cast Lead. There is never a siege on Gaza because it never gets liberated to begin with and another stage of the Nakba begins as the Jewish supremacist regime begins the final purge of all “Goyim” from the River to the Sea. If there is no Hizbullah, Palestine is lost.

With Lebanon, Syria and Palestine gobbled up, the Zionists, high as a kite on their “chosenite” arrogance, launch an invasion of the Islamic Republic of Iran with full-blown US-NATO-GCC support. And while one can never count out the Iranian people, without support from their Hizbullah, Syrian and Palestinian allies, it’s hard to imagine Iran making it out of such an encounter fully intact. In the simplest terms one could muster: With no Hizbullah, with no Divine Victory in 2006, the Resistance Axis is eviscerated, the neocons’ New Middle East comes to fruition, ‘Greater Israel’ is resurrected from the graveyards of South Lebanon, and the entire region goes up in flames, ushering in a Dajjalic era of unthinkably evil Anglo-Jewish hegemony. And this isn’t too far off nor some kind of farfetched doomsday scenario. Everybody has heard former NATO Commander Wesley Clark’s infamous “7 countries in 5 years” interview as well as his comments on why ISIS was unleashed; everyone has read the “Clean Break” document; everyone has studied “A Strategy For ‘Israel’ In The 1980s” aka the Oded Yinon plan. This was the scheme. Eliminate Hizbullah, take over the Arab-Islamic world.

And yet there are too many lummoxes to fathom who still vomit the nonsensical Zionist-Wahhabi hasbara about Hizbullah being “just as dangerous” as ‘Israel’ because “Hizbullah is trying to implement an Iranian project”, whatever that’s supposed to mean. It’s essentially too asinine to even attempt to process. This is the irony though, isn’t it? If there was no Hizbullah, these bigoted, utterly atrocious dimwits would be lost too; either under Zionist jackboots or on a chopping block set to be beheaded by Takfiri lunatics. One way or another, even the likes of these clownish sectarians owe Hizbullah a debt, whether they want to admit it or not. As does our region. As does the world. Every one of us does, truly. For if there was no Hizbullah, there would be no hope, no Mouqawamah, no victories, no freedom; there would only be ‘Israel’ and its hegemony. Hizbullah saved us all. And on this 16th annual Resistance and Liberation Day, as a means of moving forward in the next phase of our battle for total liberation, it is best we remember and cherish this undeniable reality.