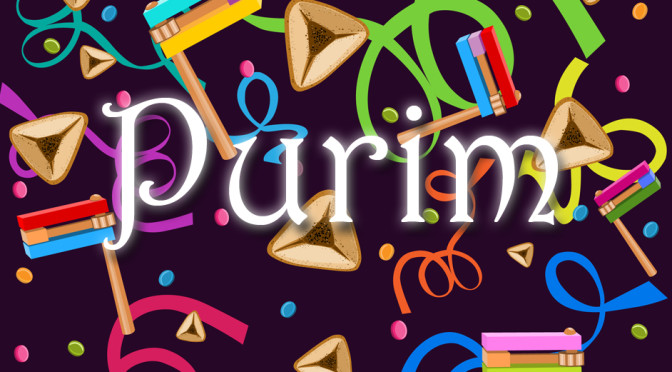 And why was THAT, you ask? Because Haman had been the one who facilitated Esther’s marriage to the king–it’s what got him promoted to viceroy. And Mordechai hated him for it because Esther wasn’t just his first cousin and he wasn’t just her guardian. They were MARRIED. Rabbinical authorities, as quoted by McGill University Professor of Jewish and Biblical Studies Dr. B. Barry Levy in an article for Jewish online studies center “The Torah”, using Halakhic and Talmudic proofs, confirm it themselves. It started with Jewish revenge. And it ended with Jewish revenge. When we say celebrate, by the way, we really do mean it in every sense of the word. The Jews go all out. Staging parties. Dressing up in the wildest costumes… Like the burning Twin Towers, for example. As if to pay homage to their masterpiece false flag on 9/11. They even eat something called Hamantaschen, a pastry shaped like Haman’s ears, “to remember the execution of Haman, since before he was executed his ears were cut off,” as one Haaretz writer put it. Thus, we can not only describe Purim as a genocidal “holiday”, but a genocidal and cannibalistic “holiday”.

To this very moment, Iraq bleeds as a result of that catastrophic and hateful crime, with P2OG, the Proactive, Preemptive Operations Group, created by neocon Jew William Schneider and his Defense Science Board, still running amuck and causing chaos across Iraqi society.

Also to this very moment, Libya continues to be sucked dry like the latest, tastiest target of vampires, with the collaborationist Khalifa Haftar selling oil to ‘Israel’ in exchange for weapons and other forms of military support. Open air slave markets–which reek of Judaic anti-Blackness that featured (and continues to feature) so prominently in Zionist subversion of the entire African continent–are now an everyday reality of Libyan life.

If you don’t understand this… 16 years in for Iraq’s annihilation… and 8 years in for Libya’s evisceration… Then you never will. Never.

But it is the truth regardless of your blindness. And if you don’t wanna hear it from Jonathan “Madd Cold” Azaziah, that raging “anti-Semite” who thinks (read: knows) that every single detail about the “Holocaust” is a fraud, and who thinks (read: knows) that what we’re being told about Japan’s “fascism” in WW2 isn’t on the level in the slightest, that’s entirely fine. Listen to our guide and our pride instead. The man who liberated Lebanon… Twice. Sayyed Hassan Nasrallah. Hizbullah’s Secretary-General, a religious giant whose rank of Sheikh would be at the level of Marja’ now had he completed his studies instead of coming back home to fight ‘Israel’, tells you why Iraq was destroyed in no uncertain terms:

“The ‘Israeli’ project for Iraq is the destruction of Iraq, the prevention of a state called Iraq rising up. Because if Iraq were given the chance to rise anew, it would be a rich and powerful state with huge capabilities. And we all know that the Iraqi people are a cultured people who love reading, knowledge and culture. Because of this, they could create a new model. The ‘Israelis’ do want want an Iraq of this type. This issue is tied to their religious, historical and theological backgrounds, and their ‘prophecies’ and future predictions. For the Zionists believe that the forces and the wind that will come and blow away this usurping entity In Palestine will come from the East. This East is Iran and Iraq, and all those who are to the East of occupied Palestine. And for this reason, they want these countries to be filled with strife, always fighting each other and engulfed in conflict so that they will be destroyed.”

Got it? The Jewish-Zionist terrorists’ savaging and ravaging of Iraq, according to the leader of the Lebanese Islamic Resistance, was motivated by their “religious, historical and theological backgrounds, and their ‘prophecies’ and future predictions.” Chief among those, as we have documented, is Purim. This is why Iraq in particular but Libya as well died excruciating deaths at the hands of the oppressors. Not mere capitalism. Not mere imperialism. Not mere colonialism. But Organized Jewish Interests and their Judaic Power Configuration. Or as Imam Khomeini (R.A.) and Imam Khamenei would call it, Global Zionism. And as this same supremacist gang plots the same plot only in a different package against Venezuela right now as we speak, you can bet a pound of flesh plus Shylock-laden interest that it is LONG overdue that you wake the hell up.

We’re all Amalekites now under this Halakhic-Talmudic-Dajjalic system. Purim is a direct threat against any Gentile nation that won’t submit to International Jewry. Only Iran, on a planet of nearly 200 countries, understands this. The House That Khomeini (R.A.) Built has flipped the script and now teaches Purim as a national tragedy, with martyrs, and a day of mourning, complete with fierce condemnations of the Jewish terrorists Esther and Mordechai. In other words… Iran gets it. How many more nations have to get Queen Esthered before we follow the Islamic Revolution’s intellectual and spiritual resistance and declare that we too rebuke Purim; that we too refuse to go out like Haman and his children? How many more? How many GODDAMN more? Many recitations of Al-Fatiha for all the Iraqi and Libyan Shouhada slaughtered on this terrible, terrible day. And many curses–many, MANY curses–on the horrible, horrible Zionist Jews responsible.