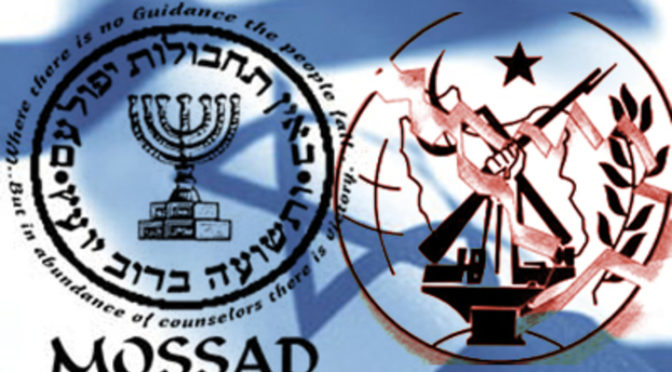 Shlomo’s been busy in Iran, hasn’t he? Truly, it does not require abyssal analysis or, to be honest, even much actual thought to know exactly what is currently unfolding in the Islamic Republic. It is not an “uprising”. There are no “protests”. It isn’t “civil”. It damn sure isn’t “organic”. And the National Council of “Resistance” of “Iran” (NCRI) doesn’t represent Iranians anymore than the Syrian National Council represents Syrians or Mahmoud Abbas and the collaborationist PA represent Palestinians. It is merely a front for the MEK/MKO, a terrorist cult that worked as mercenaries for Saddam Hussein’s regime in the Imposed War, attempted to assassinate Ayatollah Sayyed Ali Khamenei on June 27th, 1981 which resulted in Iran’s revolutionary guide losing use of his right arm, has murdered ten of thousands of Iranians in the last 30+ years and as of this very millisecond is openly colluding with the usurping Zionist entity to spread normalization and degeneracy among Iranians inside and outside of Iran. It is the MEK that is responsible for the utter chaos in the legendary battlefield city of Khorramshahr and nearby Abadan this weekend. And the MEK is receiving assistance — as it has always received assistance — from the US, ‘Israel’ and Saudi Arabia. In other words, all of this lunacy is 100% orchestrated from the Judaic Imperium’s capitals with the sole goal of weakening the Islamic Revolution from within and furthering the groundwork Global Zionism needs to be laid to topple Imam Khomeini’s (R.A.) legacy in Tehran.

Back in December, the Zionist media told us that “hijab laws” were the reasons for instability in several Iranian cities–this is despite the fact that the Iranian authorities eased those very laws 24 hours before the unrest began. Two-faced “New Right” disinformation agents like Paul Joseph Watson and Jordan Peterson along with their Jewish partners Mike Cernovich, Laura Loomer, Stefan Molyneux and others waxed lyrical about the prospect of toppling the “Mullah Regime” as if they were seasoned PNAC/FPI/FDD think tankers. “Legitimate!” they screamed. “CNN is in league with the Ayatollahs!” they screeched! “All-natural!” they insisted! Only to find out that it was ‘Israel’s’ very own MEK masquerading as the NCRI behind it all and also that the Trump ZOG had poured millions into this flare-up as a means of testing just how solid the ground was beneath the Iranian government. Now they’re telling us it’s “poverty” and a “water crisis”. But it was the MEK’s goons that generated this “water crisis” by destroying water pipes and manipulating villagers with hasbara directives cooked up in “Herzliya” and “Tel Aviv”. And please enlighten us woefully uninitiated Goyim about how the torching of museums — which MEK terrorists also did — has anything to do with this alleged H2O problem? Once more, it is nothing but sheer poppycock and another attempt to pluck at the fabric of Iranian society in a continuing campaign of 4th Generation Warfare.

‘Israeli’ occupation newspaper Haaretz recently summarized neocon maniac John Bolton’s belief in the potential of overthrowing Iran’s government as “one little kick and they’re done.” But as Sayyed Khamenei just pointed out, six US presidents before the current Tangerine Terrorist sitting in the (‘Israeli’-)White(-and-Blue) House have tried to liquidate the Islamic Revolution and they all failed. The warmongering living cartoon character should know that this administration will fumble too. As for Maryam Rajavi, the MEK chief? With her band of lunatics working with Mossad and NATO to set up military outposts for the cult throughout Europe, she really should just change her name to Miri Rubenstein and find an ‘Israeli’ enclave in Jew York City to live in because she’s more of a Zionist than a lot of the most ardently Zionist Jews themselves are! And after that, she should take a hike and fly a kite because NONE of her plots will bring harm to that which Imam Khomeini (R.A.) built. NONE of her sabotage will affect the progress of the regionwide Mouqawamah project. And NONE of the support she receives from Empire Judaica will lead to the end of Iran’s resistant polices. Death to the MEK. Death to ‘Israel’. And long, LONG live the Islamic Revolution–from 1979 to the time Imam al-Mahdi (A.S.) and Isa al-Masih (A.S.) return to this plane to establish justice in every corner of God’s Green Earth. Ameen.