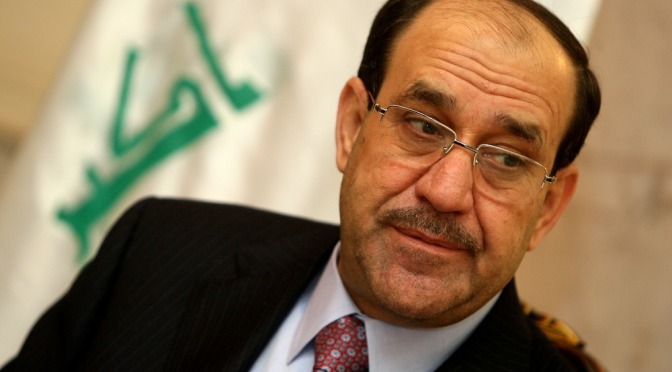 TEHRAN (FNA)- Iraqi Vice-President and former prime minister Nouri al-Maliki called on the Iranian, Iraqi and Lebanese officials to increase unity and cooperation to prevent the Syrian government’s overthrow by the enemies.

Iran, Iraq and Lebanon should not let the Syrian government to be overthrown since the fall of the Damascus government will be the beginning of numerous problems for the entire regional countries, Maliki said in a meeting with the Guardian of the Holy Shrine of Imam Reza (PBUH) Ayatollah Abbas Va’ez Tabasi in the Northeastern city of Mashhad on Wednesday.

He also referred to the US futile attempts to maintain its military presence in Iraq under disguise and on the pretext of fighting ISIL just when the Iraqis were entering the reconstruction era of their country, and said the main objective of the new plot is intriguing a wide-scale dispute between the Shiite and Sunni Muslims in the region.

“The Americans began this sedition in Syria and then expanded its dimensions into Iraq and it seems that they intend to further stretch this problem to other countries in their future plans,” he warned.