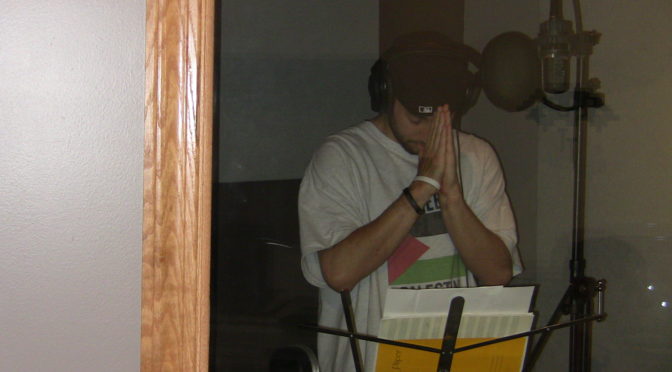 I’m not going to name names because if and when the Monsters come for me again–and we all know it will happen–I don’t want anyone caught in the crossfire. But with that clearly noted, I just want to say Striking Star Salute and Infinite Love to my Iraqi, Afghani, Lebanese, Yemeni, Palestinian, Kashmiri, Pakistani, Indian, Syrian, Iranian, Nigerian (FREE ZAKZAKY!), Irish, Italian and other brethren from all over the world–brothers and sisters, Brown, Black and White, Muslims and Christians, Sunnis and Shi’a, everyone–who reached out in arguably the darkest point of my life simply to tell me… “Jonathan, we’re with you.” I couldn’t reply or reach back to most because I was explicitly instructed not to by my legal counsel but the solidarity resonated with me so deeply and so profoundly, that I still feel it to this moment.

One of the primary aims of the Parasites when they target us with the system of “law” they have hegemony over is to isolate us to the point of insanity. This loneliness fills us with near-mania, despair and a kind of brokenness that can be arduous to recover from. The tactics were used in the hellhole of Khiam Detention Center during the Zionist occupation of Lebanon, Iraq’s Abu Ghraib at the behest of Paul Wolfowitz who brought in ‘Israeli’ intelligence officers to train the American torturers, and are utilized day in and day out in the Zionist dungeons scattered throughout occupied Palestine. Now this methodology has made it to Western governments due to them turning sovereignty over to Empire Judaica instead of their own citizens. Thus, we have to grin and bear it. And because of all y’all… I did just that. I grinned and bore and persevered. Rhyming helped of course but sometimes after coming out of the ether of penning a track, even music as intense and involved as what I write, the sadness still crept right back in. When I was feeling ultra-low, I’d reference the messages of love, friendship and support that folk sent me from one hemisphere to the next, telling me how much that they missed Mouqawamah Music, my podcasts and my songs, and it just reminded me that things would be okay in the end. Because fighting the Filth of the Filth is what I was sent here to do.

ALLAH (SWT) had my back, no doubt, as evidenced by the sheer fact that I’m even able to write to you today. All praises are due to Him (SWT), the Creator of All Things and the Lord of the Seen and Unseen, Known and Unknown. And I think His (SWT) greatest blessing other than **our** victory itself over B’nai B’rith and its stooges was… Y’all. All y’all. My people, you made the trek up the jagged mountainside a little easier. You made the sailing atop the vicious waves a little bit smoother. So I just want to say… from the bottom of my militantly “anti-Semitic” heart… Thank you. Truly and eternally… Thank you.