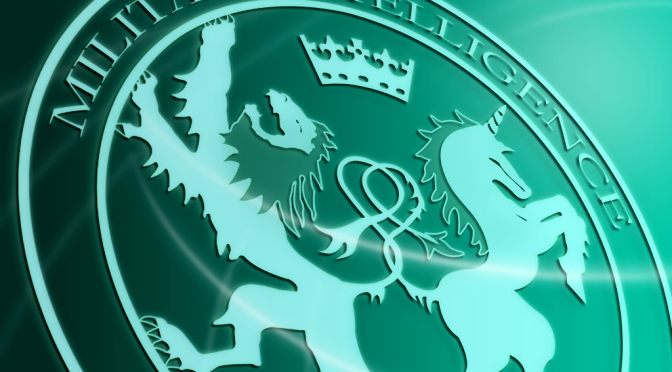 (EDITOR’S NOTE: Stories like these are a slap in the face to every cowardly, conniving liberal and so-called “activist” for lashing out at many a person for even mentioning — let alone attempting to document and expose — that the maniacs running this planet are engaged in the systematic rape and abuse of children. This ain’t no damn conspiracy theory. This is real life, and the harshest, most cringe-worthy form of real life there is. The cases of former MI6 chieftain Peter Hayman, along with BBC superstar and committed supporter of the genocidal Zionist entity Jimmy Savile, don’t even scratch the surface of what can only be described  as a culture of pedophilia in the UK’s political establishment. As the scandal continues to unfold, it has now been uncovered that dozens of British MPs are part of the cover-up, and don’t think that the American regime doesn’t have a similar and worse-off problem. From the gut-wrenching Franklin Cover-Up to the disturbing revelations put forth by MK Ultra victim Cathy O’Brien, an even more depraved culture of pedophilia, satanism, other occult practices, prostitution and human trafficking exists in the United States. And then there is the issue of the rampant sexual abuse of children in the “chosen” Jewish community that comprises the “elite” of the “elite” in the Western world, from Montreal to Brooklyn, New Jersey to Toronto, Australia to the usurping Zionist entity itself, which has been described as a “pedophile’s paradise”. Mouqawamah Music is highlighting this monumental story because the Jewish Power Configuration and its shabbos goy governments in the West — particularly in the White House and Westminster — are mentally, religiously, politically and socially unhinged and shaytanic; and to defend ourselves and our own children from these monsters’ degeneracy, we must understand just how deep it goes. And once that comprehension takes effect, it is imperative that we spiritually inoculate ourselves — whether through Islam, de-Zionized, true Christianity or any other pure, un-Judaized form of spirituality — so the aforementioned iniquity doesn’t infect or corrupt our very souls and beings. ~ Jonathan Azaziah)

by Jennifer Smith, The Daily Mail

The former deputy director of MI6 Peter Hayman sexually abused young boys at an apartment complex near Parliament, an alleged victim has claimed.

Hayman, who died in 1992, was investigated by police in 1978 for possessing inappropriate literature, but was not prosecuted.

He has been named as one of a number of paedophiles by a man, now in his forties, who claims to have been abused over a period of three years at Dolphin Square.

The information has been passed to Scotland Yard to consider as part of its investigation into historic allegations of sexual abuse at Westminster.

Hayman, referred to as a diplomat, was pointed out in a photograph shown to man, ‘Nick’, by Exaro, an investigative website.

‘He used to like to kiss and to touch, liked me to do that to him.

‘But it would always culminate in being raped. That is what happened all the time.

‘That was normal,’ he said.

Starting in 1979, when he was just 11, Nick claims to have been abused by a number of VIPs in the luxury apartment complex.

‘Hayman was rather cold, but then a lot of them were – emotionless.

‘He does not feature big for me, as some of the others do. He was not one of the nasty ones,’ he added.

At the time he thought Hayman was an MP for all the time he spent mixing with politicians, he said. ‘I learned his name over a number of sessions,’ he said, adding he was often raped at ‘abuse parties’ where two senior Conservative MPs sexually assaulted him.

The men, who are alleged to include a former Cabinet minister, cannot be named for legal reasons.

In 1981 Hayman was ousted as a member of the Paedophile Information Exchange (PIE), an organisation which promoted sex with children, under parliamentary privilege.

Three years earlier, he had been investigated by police after a package of ‘obscene literature’ was found on a bus and traced back to him.

In 1984, the Oxford-graduate was convicted of gross indecency following an incident in a public lavatory.

Sir Thomas Hetherington, the then director of public prosecutions, did not agree to to Hayman being prosecuted and Nick claims this was part of an attempt to protect a ring of high-placed paedophiles.

The failure of investigators to prosecute Hayman over the package left Nick ‘feeling numb’.

‘I know times change, and if you were caught today leaving that sort of thing on a bus you would be arrested and charged.

‘If he had been arrested, would he have given up the others? I doubt it. Would his arrest have led to the disruption of the group which might have made a difference? It could have done.

‘Really, it does not surprise me that they did not do anything because of who else was involved, and it just adds to the growing list of missed opportunities for it to end.

‘It was all just a cover-up, whether to protect the group or protect the establishment’s reputation.’

Dolphin Square was last week named as one of the locations where abuse was carried out.