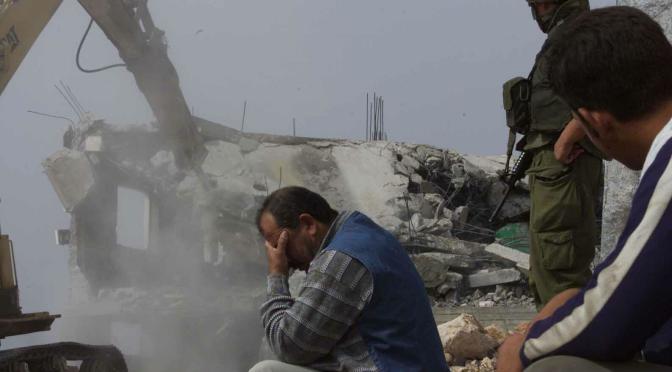 (EDITOR’S NOTE: As the genocidal Jewish gangster regime continues its war on the very existence of the Palestinian people, notice that the leftists, liberals, Marxists, socialists, communists, anarchists and other like-minded “activists” and “revolutionaries” who have been waxing lyrical about the heroism and steadfastness of Kurdish female fighters in the northern Syrian town of Kobani, known also as ‘Ayn al-Arab — the same Kurdish female fighters mind you that have been joined by “Israeli” criminals, casting extreme doubt on the genuineness of their “struggle” against ISIS and raising questions about what is *really* going on in that particular territory — have either gone utterly silent about the heroic Resistance operation carried out by PFLP martyrs Uday and Ghassan Abu Jamal in occupied Al-Quds two days ago, or condemned it in the harshest possible terms as an act of unacceptable barbarity. Not only does this represent the encapsulation of why “The Left” is nothing but the regurgitator of the enemy’s discourse, as it cannot and will not ever catch itself praising the Palestinian Resistance so not to offend Jews and Jewish sensitivities, but this also exposes the deep-rooted Orientalism rotting the core of “The Left”, as it views the besieged, ethnically cleansed, usurped Palestinian people wielding meat cleavers against their supremacist colonizers  as “savage”, whereas the disintegration of Palestinian grandmothers and decapitation of Palestinian babies in Gaza by bombs from “Israeli” F-16s or IOF’s maiming and disfiguring of Palestinian teenagers in the West Bank and Al-Quds with various kinds of bullets display what? Some kind of military modernity? The sophistication of a warring “state”? Well, we hate to disillusion you scoundrels, but “Israel” is not a state, it is not sovereign and it does not have a “society”; “Israel” is a cancer, a colonizing collective of Jewish supremacist psychopaths and a base for the criminal operations of World Jewry. The very existence of this entity defiles humanity and is illegitimate and thus, every action it engages in merely increases its illegitimacy. Allow us to clarify what the position of Mouqawamah Music is when it comes to those who would assail the Palestinian Resistance while defending “Israel” and its continuing putrefaction of the Arab-Islamic world: Goddamn these disgusting, two-faced cowards; Goddamn them straight to Al-Nar. You either stand with the oppressed or stand with the oppressor, and due to the Palestinian people being actively disarmed of “atypical” weaponry by the collaborationist regime of Mahmoud Abbas, they must therefore resort to whatever the hell is at their disposal — whether it’s a knife, an axe, a stone, their fists or a damn kitchen sink — to fight against the militarized, occupying Zionist Jews who have stolen every inch of the Holy Land. Every last Zionist is an illegal squatter and wherever as well as however Palestinians choose to resist them is entirely their business. Anyone who says otherwise isn’t just a phony ally of the Palestinian cause but an agent — witting or unwitting — of the murderous, usurping Jewish entity. ~ Jonathan Azaziah)

JERUSALEM (Ma’an) — Israeli police on Thursday issued demolition orders for the home of two Palestinian suspects who killed five Israelis this week in a Jerusalem synagogue.

Ghassan Abu Jamal and his cousin Uday, from the Jabal al-Mukabbir neighborhood of East Jerusalem, entered a synagogue armed with a gun, meat cleavers, and knives and killed five Israelis on Nov. 18.

The Abu Jamal family said that police summoned Ghassan’s wife and the parents of Uday to an Israeli police station in the neighborhood and issued demolition orders to the families.

They have 48 hours to appeal the decision in Israeli courts.

Uday’s father passed out after a heated argument with Israeli police officers and was taken to hospital for treatment.

The bodies of Ghassan and Uday are still in Israeli custody.

The demolition is one of at least six orders issued by the Israeli government to destroy the homes of the families’ of Palestinians who attacked Israelis.

On Sunday, Israeli rights group B’Tselem said that punitive house demolitions are “fundamentally wrong” and contravene “basic moral standards by punishing people for the misdeeds of others.”