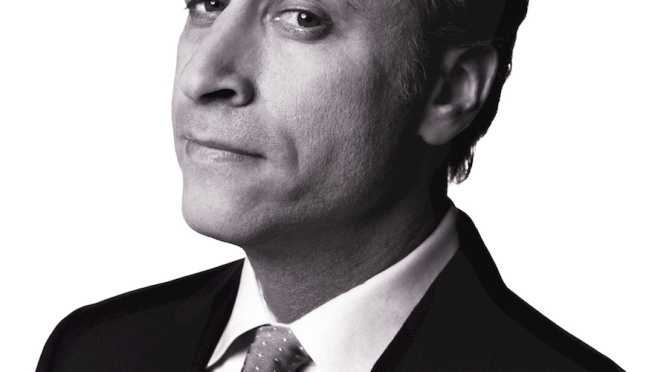 (EDITOR’S NOTE: The facts contained in this story are devastating. Not only does Hamid Reza Emadi thrash the entire “Rosewater” narrative with a mere truthful telling of the events at hand, he also casts a bright light on the murkiness of Jon Stewart’s intentions. Because Stewart has done a sketch here and there criticizing the usurping Zionist entity’s POLICIES, not its criminal, illegitimate existence, but its POLICIES, many among our ranks have looked to this person as some sort of a hero. “Rosewater”, a film based on lie after lie, proves unequivocally that he is not. Stewart’s concern, despite his outer shell which may appear to be something to the contrary, is World Jewry and its geopolitical aims. “Rosewater” isn’t just Zionist propaganda and Iranophobia at their most depraved, it’s also Jewish tribalism in its most classic form. ~ Jonathan Azaziah)

Tell me what I need to know; are you in danger? That’s the first thing my anxious, distressed mother asked the moment she learned about my sanctions. “Of course not Maman! it’s just EU sanctions, people don’t get killed because of that,” I responded with a reassuring tone.

Though Maman wanted to know much more, she appeared to have been convinced. Being in a family not unfamiliar with politics, she knew a political decision made thousands of miles away couldn’t necessarily be fatal at home. What she did not know, however, was that I was on the hit-list of one of Iran’s most notorious armed separatist groups exactly because of those same EU sanctions.

In late 2012, the EU decided to put me on its list of human rights violators. The European Union had accused me of violating the human rights of Iranian journalists, political activists and members of ethnic minorities, by allegedly having a hand in producing their so-called forced confessions.

The accusations were shockingly untrue especially when I myself was, am and will always be a critic of jailing journalists and others for their political thoughts. But more shocking was that the EU had decided to convict me without granting me my basic human right to defend myself.

The EU based its sanctions on a complaint filed by an Iranian-Canadian filmmaker and journalist who spent time in Iran’s Evin prison for what was later described as ‘biased’ reporting on a Tehran mob attack on an arms depot belonging to Basij volunteer forces.

The attack and Maziar Bahari’s filming of the incident occurred during unprecedented unrest that gripped the Iranian capital in the aftermath of the country’s 2009 presidential elections. Bahari was arrested for sending the footage to British media that was later used in a massive Western media campaign against the Islamic Republic.

I interviewed Bahari in Evin prison in 2009. I had been told that a foreign journalist had been arrested over an election-related matter and knew that it would be an extraordinary topic for our international audience.

On the second floor of a building in the vast green yard of the Evin prison compound, cameras were set up in a room. It was extremely hot that day and I decided to leave the room to escape from the heat. At the doorstep, I saw a man who was wearing fancy eyeglasses. Although he was being accompanied by a guard, he did not look like a prisoner; Bahari was not even wearing handcuffs.

“On Monday, June 15, 2009, I sent a report about an attack against a Basij base to UK’s Channel 4 as well as to Newsweek magazine,” Bahari told me during the interview, adding that he was arrested a few days after sending the footage.

He went on to offer his analysis about how foreign media representatives had played a role in igniting violent unrest and drew comparisons between what was happening in Iran and velvet revolutions in former Soviet republics. For the next 15 minutes, Bahari kept talking and trying in any way he could to tie almost everything to ‘foreign plots’ and ‘foreign media’.

After we got back to the newsroom, we decided not to broadcast the interview in its entirety but only a 10-second sound bite in which he talked about his arrest, which I’ve quoted above.

Bahari was released on humanitarian grounds nearly four months after he was arrested to join his wife and newborn child. He flew to Britain and, months later, launched his money-making campaign. He claims he had put his blindfold on his knees during the interview for me to see it and realize that he was under duress, and also told international media that he was reading off a script. Bahari has repeated the same lies over and over again since 2009.

But that’s not all. He also wrote a book in which he refers to me as a ‘nasty character’. And then comes the famous talk show host Jon Stewart who’s made his directorial debut based on Bahari’s book. Bahari became a celebrity in western capitals when he filed a complaint against me and Press TV.

He managed to convince the British government to take Press TV off the air, and the EU to include my name on its sanctions list. But I am not convinced. Because if I am the ruthless torturer who extracted forced confessions from Bahari, why is there no mention of me or my ‘evil actions’ in Jon Stewart’s movie?

If ‘Rosewater’ is based on a true story, why didn’t it include any of those events regarding me that Bahari has described which would have made for great drama? And if I did not do what Bahari claims that I did to him, why did he put my life in danger and create emotional distress for my family by pushing for my sanctions. And if what Bahari has claimed about me were so far from the truth, how could Jon Stewart base his film on one man’s lies?