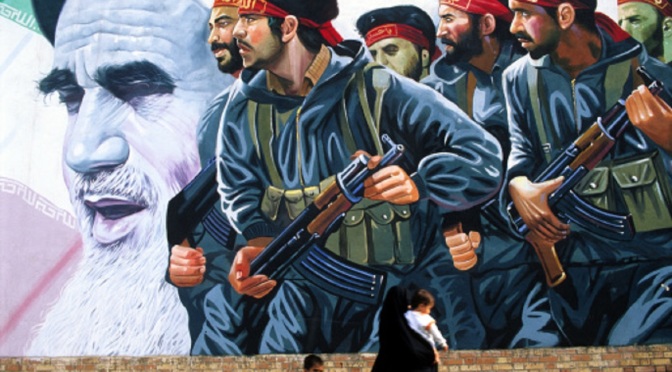 He also said that even the resistance front in Palestine and Lebanon has received missile-production trainings from Iran.

A senior official of the IRGC announced in September that Iran was standing among the world’s top missile powers.

“Today, the Islamic Iran has grown into the world’s sixth missile power and this is a major source of pride for the Revolution,” Deputy Head of the IRGC Officer Training College Brigadier General Nourollah Nourollahi said in the Northern province of Semnan.

He underlined that Iran ranked 16th in the world’s science, and was the first power in the region.

In March, the Iranian defense ministry started the mass-delivery of different ballistic missiles, including Qadr, Qiam, Fateh 110 and Khalij-e Fars missiles, as well as Mersad air defense system to the IRGC and Khatam ol-Anbia Air Defense Base.

“The honorable specialists of the Defense Ministry’s Aerospace Organization displayed the defense industry’ power and capability in providing the Armed Forces’ needs to the most advanced missile equipment by supplying them with Qadr, Qiam, Fateh 110 and Khalij-e Fars (Persian Gulf) ballistic missiles and Mersad air defense system and showed that the different and comprehensive sanctions of the enemies imposed strictly and specially on our defense sector have totally failed to undermine their resolve and determination,” Defense Minister Brigadier General Hossein Dehqan said, addressing a ceremony held to mark the delivery of the new missile systems to the IRGC and Khatam Ol-Anbia Air Defense Base.

“These missiles can strike and destroy enemy targets with a high precision capability and provide for a wide range of the Armed Forces’ needs to missiles with different ranges,” he added.

Dehqan underlined that all these missiles had been built by Iranian specialists, and said, “Today the Armed Forces enjoy such a high degree of defensive capabilities that they can counter back any kind of threat posed from beyond the borders of the Islamic Republic of Iran.”

He also described enemies’ threats of military action against Iran as media hype for internal use.

Qadr is a 2000km-range, liquid-fuel and ballistic missile which can reach territories as far as Israel. Qiam is also a new type of surface to surface and cruise missile.

The Fateh-110 is a short-range, road-mobile, solid-propellant, high-precision ballistic missile with advanced navigation and control systems.

The Fateh-110 has been designed and developed by the Iranian experts in the Defense Ministry’s Aerospace Organization and has not been modeled on any foreign product.

The supersonic Khalij-e Fars (Persian Gulf) missile, which carries a 650-kilogram payload, is smart and immune to interception, and features high-precision systems.

The supersonic ballistic missile is the most advanced and most important missile of the IRGC Navy.

The distinctive feature of the missile lies in its supersonic speed and trajectory. While other missiles mostly traverse at subsonic speeds and in cruise style, Khalij-e Fars moves vertically after launch, traverses at supersonic speeds, finds the target through a smart program, locks on the target and hit it.

The range of the solid-fuel missile is 300km and it can be fired from triple launchers.

The missile could successfully hit a mobile target one-tenth of an aircraft carrier in its early tests.

The system has already passed field tests and is used as part of the country’s integrated air defense network.

The Mersad system equipped with Shahin missiles is capable of tracing and targeting any enemy aircraft at 70 to 150km altitude and is considered as a mid-altitude system among the country’s missile shields.