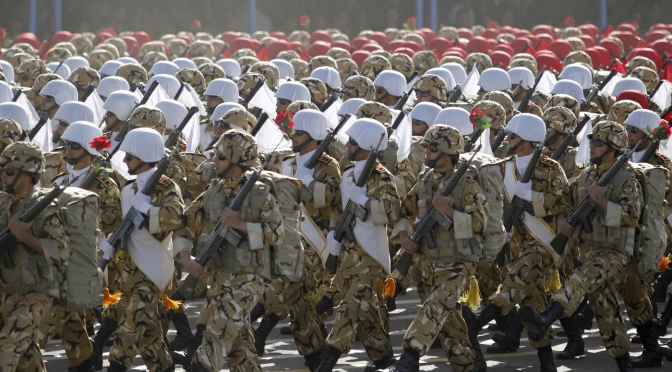 Raa’d is one of the newest Iran-made pistols made of polymers. It is 9mm caliber pistol and weighs 700g. The light pistol can be a proper weapon for different military and law enforcement units.

The exterior body of the pistol is made of resistant polymers. It is 198mm in length and can fire 15 rounds after each time of refilling.

Given the low weight of the weapon, military analysts believe that the metal used inside the pistol is most likely made of an aluminum alloy.

Iran has made major breakthroughs in arms production in the last three decades. Tehran launched an arms development program during the 1980-88 Iraqi imposed war on Iran to compensate for a US weapons embargo. Since 1992, Iran has produced its own tanks, armored personnel carriers, missiles and fighter planes.