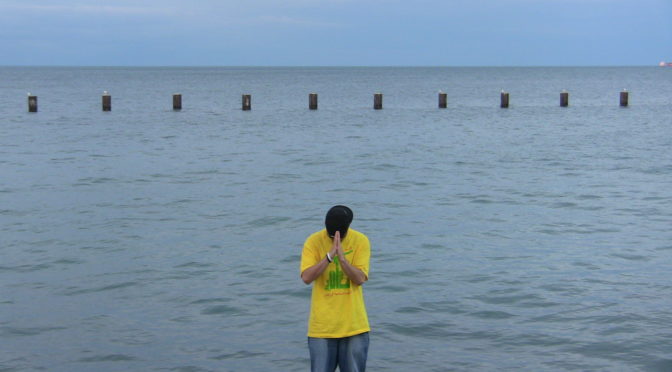 God is The Greatest. On this day one year ago, Zionist terror organization B’nai B’rith publicly claimed responsibility for having my music purged off of streaming platforms all over the Internet and then unleashed the Montreal Hate Crimes Unit and the Canadian ZOG’s Justice Ministry on top of my head. Investigations, inquiries and appeals followed. The “crime” I committed was challenging the Jewish Power Configuration with rhymes. You see… That’s just a no-no, Goyim. You have to bow before the “chosen” and never have an issue with bowing before the “chosen” or else face criminal charges of “anti-Semitism” and “hate speech”. In my case particularly, B’nai B’rith and its proxies sought to have me charged, extradited and imprisoned under Section 318 and Section 319–two of the most Orwellian “laws” anywhere in the world–not to mention banned from stages across Canada. The spiritual, emotional and financial toll this rabbinical-warlock-induced witch-hunt has taken on me and my family has been great. Sometimes it seemed as if it was too great to cope with and more than once, I felt like I was drowning. But like I said… When it’s all said and done… God is The Greatest of All and there is nothing that isn’t in His (SWT) reach. And despite the most vicious and pernicious efforts by the planet’s oldest and most powerful Yahoudling lobbying group, I prevailed. Subhan’ALLAH, alhamdulillah, nishkour ALLAH (SWT), I prevailed. Which means we prevailed. Freedom of speech prevailed. Freedom of thought prevailed. Anti-Zionism and Anti-Parasitism prevailed. The Palestinian cause prevailed and so did all of the people we fight for across the Arab world, the Islamicate, the Global South and the Global North too.

I’m not under any illusion that the clear blue skies and calm seas are going to last and that I won’t face another storm from the Kehilla. Quite to the contrary. I’m ready for it and will confront it even more steadfastly and severely than this past struggle. But with Mouqawamah Music back up and secure, all five of my albums restored thanks to Ali Salaam and Insight Media, and four new records on the way which will be recorded very shortly, the future is as bright as it’s been in a long time. Let my battle be a lesson to all of you: Hayhat minna zilla (Us? Humiliated?! Never, ever!) Don’t take one backwards step when dealing with the Parasites. Do not hold your tongue. Never apologize. Don’t you dare be silent about their Halakhic-Talmudic hatreds, their kinship networks, their influence, their wealth, their global power and their universal tribal intent to keep the Tumor occupying Palestine afloat. Be like Imam Ali (A.S.) when he ripped off the fortress door of Khaybar and fight with everything in you. Go with haqq (truth) and Al-Haqq Himself (SWT) will have your back. Because truth and time are on the side of the Moustazafeen. Whereas failure and hellfire are all that await the Moustakbireen. FTJ. DTI. KTK. FTH. DOJI. Islam. Ya Hussein (A.S.)!