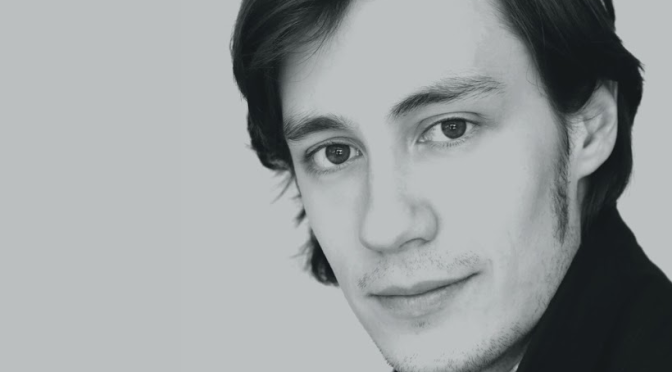 The following was published at Revolving Rapids 20 July 2014.

Fear and Loathing in the Gaza Strip

The Israeli state is now responding obediently to the rabid colonist chants of ‘Death to the Arabs’ and to the graffiti around al-Quds that in English and Hebrew reads ‘Gas the Arabs’. In a backdrop of systematic starvation, a ground invasion of tanks, assisted by the deployment of toxic gas has begun this week, with homes and hospitals being destroyed and entire families being wiped out.

As expected, the corporate media have buried any mention of the Palestinian experience of colonisation: the ongoing Nakba remains absent, resistance is terrorism, and the Israeli state is merely ‘responding’ to rockets from Palestinians who break ceasefires they didn’t even hear about. Thankfully, Palestinians in Gaza have challenged the imperial and colonial narratives by using social media, such as Twitter, and writing on news/analysis sites, such as Electronic Intifada. Without this, many people in the world would remain lost in the undignified and distorted world of the Zionist narrative.

Sadly, there one notably unsavoury character who has modelled himself as a promoter and defender of the ‘Palestinian perspective’, while in reality expertly fashioning himself into an institution. Harry Fear is a beneficiary of Palestinians being denied – as Edward Said termed it with clinical accuracy – “permission to narrate”. He has carved out an orientalist niche somewhere between the unabashed, self-congratulatory rich kid talking about his gap year volun-tourism shit with ‘the poor’, and the embedded war-reporter who pretends to give a fuck about the whirlwind of carnage prop that makes his 5-minute report for the evening news so “oh, dear” inducing for his audience.

He made this niche during the Zionist slaughter of Gaza in November 2012, and subsequently went on a world tour to talk about Gaza. At the outset, many of us watching his reports thought he was a welcome alternative to the corporate media coverage. This was quickly proved false. He describes himself as a “documentary maker & activist” – a slightly ambiguous description of someone who simply actively documents his white male self amid a colonial ethnic cleansing campaign of Arab people.

Look at his website. It is exhaustingly hard to believe that this site is about anything other than him. Gaza is the background to his show. No links to activist groups. No reblogging of or reference to works by Palestinians (or any other people, for that matter). No reference to Palestinian organisations or individuals working with him. There are two different links take you to the same page – his blog. Five different tabs on the left, with his smug, pasty face looking back at you from the right side of the page. He’s even got his own fucking logo – an ‘H’ next to an ‘F’, because these are the initials of his name. Harry Fear. HF

Harry got invited to do a TEDx talk in Copenhagen. The theme was ‘challenging realities, the mainstream media & you’ – because he is the alternative to mainstream, remember? He does not come across as a passionate activist or documentarian. He is self-indulgent, and well warmed and nurtured by his white, male, upper-class privilege. His body language and speaking style convey an absurd degree of self-satisfaction, with his annoying pursing of lips, and sharp intake of breath to punctuate points, like a 1960s BBC reporter, doing a piece on the monarchy, and trying to make it seem acceptable to the proles. If viewed for the first time, having never heard of him, in the context of a pub, for example, he’s what you’d call a wanker.

Indicating the point where he left Gaza for an extended trip up his own arse, Harry makes a video entitled ‘Harassed in Gaza: Internationals Under Threat’. Basically, it’s 2 minutes 47 seconds of him walking up to an Israeli state controlled border and getting warning shots fired at him. He stoically concludes “all in a day’s work for an international journalist.” Harry has the luxury of entering and leaving Gaza when he wants. A “day’s work” is choosing to use the IOF to show how dangerous Gaza can be for ‘Internationals’ (ie. Harry) in an unnecessary provocation of Zionists (who, admittedly, shouldn’t be there anyway).

Harry’s suspect motivations and ideology have already been identified by Palestinians and other (decent) international activists. Last year, he put up a list of books on his facebook page about Palestine that he recommends people to read, because he is an authority on the matter, after all. This list of books included one Palestinian and no women. Comments on his page highlighted this but he deleted whole lot. Fortunately, some comments were saved here: https://o.twimg.com/2/proxy.jpg?t=HBgpaHR0cHM6Ly90d2l0cGljLmNvbS9zaG93L2xhcmdlL2NuMGljZS5qcGcU-AgUrgoAFgASAA&s=mLosYlbJ0EadOdVNiu6oat7M0Dhi2YnAx75GcNUjpI0 (copy & paste into address bar to read). Speaking at the Islamic University of Gaza, he is challenged by a young woman about this. He responds with the usual condescending style, chiding the woman, saying, “firstly, I want to say that I don’t appreciate the confrontational tone.” He then goes on to expound a bit of orientalist theory with: “I do not believe in freedom of speech 100%… and judging by the hijab on your body, you probably also don’t, because neither does Islam.” Muslim women: Harry can identify your political ideology just by gazing at your head.

A succinct summary of the deeply problematic nature of Harry’s comments, approach and behaviour is given by Maha Rezeq here. “As Palestinians,” she writes, “many of us are extremely offended by his inaccurate accounts and exaggeration, presumably to simply boost careers potentials.” Despite these very serious problems, expressed by Palestinians, Harry continues to gain media coverage. In its coverage of the recent spate of massacres in Gaza, Russia Today has been praised by activists for its anti-Zionist angle. However, they invited the self-promoting, one-man-institution for an interview, as they have done many times before. There are 1.5 million Palestinians in Gaza, but they choose the white upper-class Englishman.

It has been established that the corporate media values an Israeli life over a Palestinian life. Looking at the comments on Harry Fear’s videos, it would seem that for some people, a privileged white voice is of more value than a Palestinian voice. Comments on his videos regularly feature gushing praise and sycophantic compliments, from people of all backgrounds. What really is the appeal here? Harry is offering nothing in terms of news and analysis that Palestinians in Gaza cannot. Is it perhaps that people, realising the very real danger the Zionists pose to Gaza, find some sort of muted amusement in the fact a white posh kid with a comically over-inflated ego is actually in the besieged enclave? Or, perhaps more likely to western viewers, the boy deserves kudos for ‘reporting’ (read: vlogging on himself) in Gaza while being more ‘like them’ than a Palestinian?

Those who identify as activists no longer have any excuses for behaving like a Harry Fear (not that he qualifies as an activist). A good start for those who are still lost would be Ramallah Bantustan blog by Mariam Barghouti. Written with such clarity, empathy and political nous, one article methodically works through the various political and cultural problems and issues that have emerged with westerners becoming involved in Palestine solidarity activism. Harry Fear epitomises virtually all the negatives enumerated by Mariam.

Harry is back in Palestine again. Zionist oppression of Palestinians is again another few lines on a curriculum vitae. There are many activists and international ‘journalists’* who have in fact heeded the guidance of Palestinians. They see them as intellectual and moral equals, and respond to their demands accordingly. They do not need to do a world tour and they do not need a logo. The work for the liberation of Palestine as a secondary, complementary element of the struggle, led by Palestinians themselves.

*In Palestine, code for any white person with a camera, ability to use a word-processing document, and internet access.