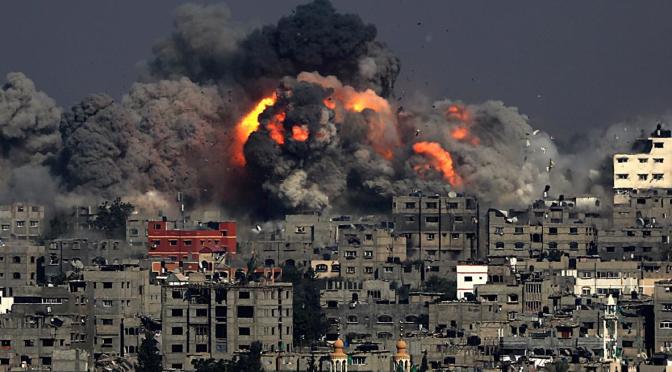 The Egyptian government has closed the Rafah border crossing with the impoverished Gaza Strip amid the Palestinian people’s growing discontent with the move, Press TV reports.

Expressing sympathy with the bereaved families of the Egyptian victims, Gaza residents accused the Israeli regime of having a hand in the Sinai assaults in a bid to destabilize Egypt and tighten the inhumane blockade on the Palestinian territory.

“What crime did the people of Gaza commit that they are deprived of their freedom of movement? Terrorist gangs are responsible for the crimes in Egypt and we have nothing to do with it. Those who perpetrated such acts are nothing but collaborators with Israel,” a Gazan man told Press TV.

The crossing is Gaza’s sole gateway to the outside world as many people in the Palestinian land avoid traveling through the Israeli-controlled Erez crossing in the northern part of the besieged enclave.

“Closing the [Rafah] crossing will only make things worse than they have already been. This crossing has been sealed for a number of times in the last three years and people suffered because of it. Sealing the crossing, especially after the last war, will only enhance the hardships, especially for those who urgently need to travel,” said Nour Najjar, a Gazan journalist.

No group has so far claimed responsibility for the Friday assaults in Egypt’s Sinai. However, similar operations have been claimed by Ansar Bait al-Maqdis, an al-Qaeda-affiliated militant group, which is based in the volatile region.

Gaza has also been under Israel’s blockade since June 2007, a situation that has caused a decline in the standards of living and poverty in the coastal enclave.