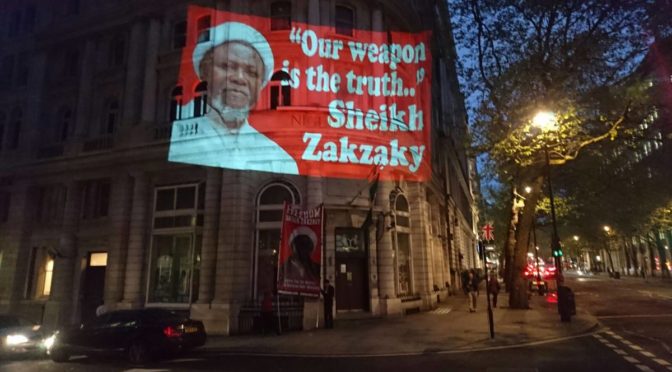 Yesterday in the Syrian capital of Damascus, Al-Qaeda detonated a roadside bomb and then unleashed a suicide bomber near the hallowed ground of Bab al-Saghir Cemetery, murdering over 74 innocents and wounding nearly 150 others. Among the martyrs are Iraqi and Iranian pilgrims as well as Syrian security forces who attempted to prevent the carnage from becoming even bigger. Today, we mark the 15th month that Sheikh Ibrahim Yaqoub al-Zakzaky of Nigeria has been wrongfully imprisoned in a Nigerian dungeon after US-‘Israeli’-Saudi-backed security forces carried out the Zaria Massacre on December 12th-14th, 2015. What both of these tragical and despicable events have in common is that “The Ummah” can’t seem to be bothered with either of them. And it most certainly, without even the thought of a question, is because the victims of each of these horrors are Shi’a.

But what does that mean?! To be Shi’a? Is it merely to follow the teachings of Ahlul Bayt (A.S.) and hold steadfastly to this Rope of ALLAH (SWT) as we were instructed to do by both the Holy Prophet Muhammad (S.A.W.W.) and the Book he was gifted with? No. No… It really doesn’t. To truly be a Shi’a, that is, a FOLLOWER of Imam Ali (A.S.) and the 11 rightful descendants prophesied by Muhammad (S.A.W.W.) to succeed him, is to be part of an oppressed nation but one which doesn’t have it in its DNA nor spirit to bow to that oppression. To truly be a Shi’a is to be resistant, counter-hegemonic and wholly unwilling to bend a knee upon commands from tyrants and the lackeys of tyrants. To truly be a Shi’a is to see those who cry out from underneath the boots of despots and imperialists and not merely feel sorrow due to an extreme sense of empathy, but to become enraged… So enraged that you are compelled to lift your gun, your sword, your axe, your pen, your paintbrush, your mic–or if you are weaponless and art-less then your hands and voice shall do just fine–and strike back in defense of the downtrodden.

So if this is what Shi’a means, who–or better still, WHAT–is this “Ummah”? Is it the nation of Rasoulallah (S.A.W.W.), a nation which comes to the aid of those trampled upon by devils and dictators, occupiers and usurpers? Or is this the nation of Dajjal, only masquerading as the partisans of Muhammad (S.A.W.W.) out of political and cultural expediency whilst enforcing the agenda of any and every enemy of Islam who writes them a check? When this “Ummah” does not speak a WORD for Sheikh Zakzaky, the greatest Islamic saint of our age, and when this “Ummah” cheers on the agents of destruction in Syria, the only Arab state to consistently provide military assistance to the Palestinian Resistance going back nearly five decades, the answer is an obvious one: “The Ummah” serves the Zio-Empire. Make no mistake however, just as we Shi’a have found a way to preserve our identity in the face of tyranny since the very start of Islam’s advent, we shall defiantly rise here and now.

Does Al-Qaeda think terrorist bombings will keep Shi’a from making the trek to Bab al-Saghir, the holy resting place of so many children of Ahlul Bayt (A.S.)? Never. And does Muhammadu Buhari, the murderous, Saudi-bought monster who rules from Abuja with an iron fist, think that the partisans of Zakzaky’s Islamic Movement of Nigeria will just go home and forget that their Sheikh, the wife of their Sheikh and countless brother and sister students of their Sheikh are unjustly imprisoned? No. Nay. And NEVER. Those who live according to the ways of Yazid (L.A.) are sure to eventually be confronted by their very own Hussein (A.S.) and in the case of the Syrian Arab Republic and the Nigerian Shi’a schooled by Zakzaky, the “Ashoura moment” is here. “The Ummah” may not give a damn about oppressed Shi’a but those oppressed Shi’a need them NOT. We can fight for ourselves. And for the record, the peoples of the Resistance Axis, regardless of their religious or ethnic creeds, are standing right beside us.

Takfiris and their Zionist masters in Washington as well as “Tel Aviv” cannot break what cannot be broken–the Husseini spirit. And this is made manifest in the blood, sacrifices and heroism of the Syrian, Iraqi, Iranian, Lebanese, Palestinian and Nigerian peoples. Rest in power to the victorious martyrs of the Bab al-Saghir Blasts… May their sacrifices live on in glory and inspire the Mouqawamist forces on Syrian soil to fight with even more vigor to achieve the final victory. And to our teacher and our guide Sheikh Ibrahim Yaqoub al-Zakzaky, the light of Africa and the starshine of Islam, may you be liberated from your prison cell immediately. As you have said o’ Sheikh, “Truth is our weapon,” and we shall continue to speak it, about you, about Syria, about Iraq, about Palestine, about this hegemonic JNWO system, ’till you are free and ’till Imam al-Mahdi (A.S.) ends his occultation and blesses us with his presence. In your name and that of a Takfiri-less Bilad al-Sham… To total triumph we fight onwards. #FreeZakzaky #LongLiveZakzaky #LongLiveSyria #LongLiveIraq #YaHussein