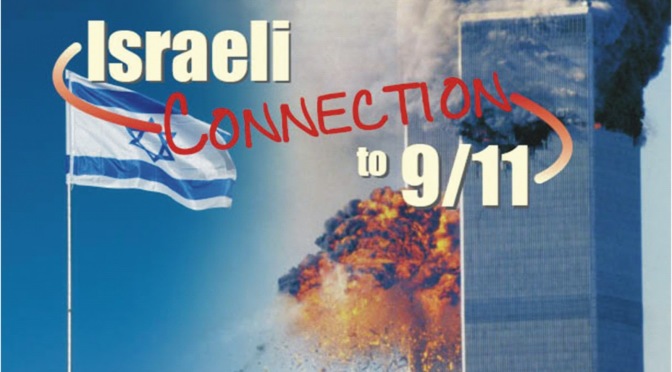 It ain’t debatable! Soup to nuts, top to bottom, the 9/11/01 terrorist attacks on New York City and Washington D.C. were an ‘Israeli’-Jewish job. From the financial angle to the geopolitics, the military-intelligence aspects to the occult symbolism integral to the event, every rock you turn over in researching what happened on that cruel September day and the identities of the bloodthirsty warmongers who benefited from the carnage, you will find a Zionist with abyssal links to the usurping, cancerous, Jewish supremacist entity called ‘Israel’.

Keeping this in mind, it’s hard to take the current Zionist media storyline regarding 28 pages of classified materials which apparently detail Saudi involvement in 9/11 as anything but sheer hasbara. There are several six-pointed-star-encrusted red flags if you catch my drift. First and foremost, the 9/11 Commission Report, is a document of the utmost fraudulence and was written by Zionist Jew Philip Zelikow, who is also one of the architects of the ultra-Imperialist “New Pearl Harbor” doctrine of PNAC. Not a damn thing in those pages can be trusted as far as you can throw it, redacted or not. Secondly, the loudest voice quoted in the press in the push for declassification is Mindy Kleinberg, one of the infamous Jersey Widows and yet another Judaic. You would think that this rotten, money-grubbing creature, if she was really interested in the truth, would be far more concerned with the NEW-JERSEY-BASED “Five Dancing ‘Israelis’” and the insidiousness of the Mossad front company Urban Moving Systems, than the laughable obviousness of Wahhabi terrorist Saudi Arabia possibly talking and giving money to Wahhabi terrorists.

Thirdly, and critically, the declassification bill is the baby of none other than notorious Palestinian-hating Zionist Chuck Schumer. Are we really supposed to trust the intentions of a supremacist psychopath who said it “makes sense” to “strangle” Gaza? And finally, for the proverbial as well as literal icing on the cake, that “Royal Scum” headline making the rounds across the Internet came from the New York Daily News, owned by the even more notorious anti-Arab Jewish bigot Mortimer Zuckerman. Does it seem even remotely in the realm of possibility that Kleinberg, Schumer, Zuckerman and others would go to such lengths and speak so vociferously if the microscope was going to be on their “chosenite” brethren, i.e. Silverstein, Lowy, Chertoff, Zakheim, Hellerstein, Hauer, Greenberg, Barak, Kroll, Netanyahu, Olmert and Bloomberg, to name just a few of the REAL planners and executors of 9/11? Question is glaringly rhetorical.

To be clear: Death to Saud. Death to this anachronistic, un-Islamic, genocidal, monstrous, crypto-Jewish, utterly deplorable regime for its crimes in every corner of the Arab-Islamic world, especially Yemen. And death to the Saudi dynasty for its complicity in mass murder on 9/11, as its bloody petrodollars flow into the coffers of Takfiri terrorists across the globe, including Mossad’s 19 proxy hijackers. The Saudi princes and regime officials who were responsible for financing and facilitating these hijackers–those who actually died, that is–belong in jail or hung. Undoubtedly. Also, anything that makes Saudi Arabia look like the putrid gang of Wahhabi freakshows it is should certainly be welcomed, relished in and disseminated.

HOWEVER, making Al-Saud look like trash at the expense of exonerating the Zionist entity for the 9/11 attacks is not only unacceptable, it’s disgusting in too many ways to wrap my head around. It would basically be like throwing a mafia foot soldier in prison while the boss of bosses goes free. Taking it a step further, Saudi Arabia’s role in the September 11th horrors when placed side-by-side with the baby-killing ‘Israeli’ tumor’s is comparable to a speck of a dust in the Milky Way. Zion is the master, Al-Saud is the slave… Never forget that. And never forget that Nine-eleven was a Zionist job; Nine-eleven was a Jewish job; Nine-eleven was an ‘Israeli’ job. And considering how much war and bloodshed has stemmed from this abominable false flag event, it’s about damn time we call it exactly what it is and stop letting the Zioganda factory known as the mainstream media, not to mention the fake “9/11 truth” activists and their abysmal Jewish sensitivities, throw us off course. Onward we march, until every soul on Planet Earth knows what International Zionism did on September 11th, 2001. 4 thoughts on “Forget The Hasbara About Saudi Arabia, 9/11 Was A Zionist Job”