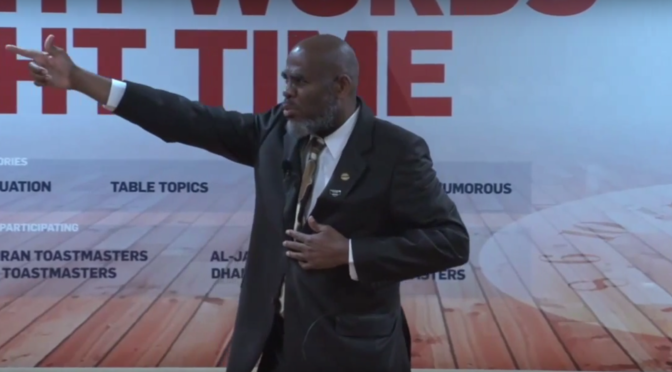 Islamic liberationist luminary Nashid Abdul Khaaliq (R.A.), Brooklyn and Grenada’s own who passed away on February 17th of this year, would’ve been 63 today. It is not coincidence but providence that the blessed gift of his birth in 1955 is the same as the Lebanese Islamic Resistance’s Divine Victory over ‘Israel’ 51 years later in the 2006 July War. Sidi Nashid told me often that there were two men that he admired above and beyond anyone else in the world: Sheikh Imran Hosein, the world’s leading Islamic eschatological authority. And… Sayyed Hassan Nasrallah, the Secretary-General of Hizbullah and Liberator of Lebanon. He loved the Sayyed’s passion and his cutting analysis. He’d usually beat me to it when the Sayyed was scheduled to speak. And when I beat him, he incessantly reminded me to shoot over the transcripts, video links and anything I happened to write about it so he could proudly publish it through Ascertain The Truth–where you will find many a piece about Hizbullah and its triumphs to this day.

A Sunni who followed the revolutionary teachings of Sheikh Warith Deen Mohammed (R.A.) and actually expounded upon the theorem put forth by Sheikh W. Deen about the “Jahcubites”–aka Global Zionism, the base of which is the ‘Israeli’ cancer occupying Palestine–Nashid felt compelled, like it was a religious duty, to wake up fellow Sunnis tricked into falling for Saudi-Zionist lies about the Resistance and its patrons, Iran and Syria. Online and offline, he would succeed in doing so. And when he didn’t, we would always talk thereafter on how better to counteract the hasbara. Sunni-Shi’a unity was paramount for Nashid and he hated sectarianism with all of his big and beautiful heart. That there was such a proliferation of division and sedition after the Zionist-orchestrated “Arab Spring” pained him. He believed that in this Dajjalic age, there was no greater Jihad than closing the gap between Sunni and Shi’a and filling that space with brotherhood and friendship–another reason that he loved Hizbullah and the Sayyed so much, as bringing Muslims together to combat Zio-Imperialism is an existential imperative for the Party. Nashid constantly reiterated that all Muslims, regardless of their school of thought, should emulate the Resistance’s men in our politics, our character and our Jihadi observances.

I’m writing this of all things on my beloved brother, friend and teacher’s birthday because it was archetypal Nashid. He didn’t care about consensus nor “popular” opinion. And he most certainly had no time for anything that the Judeo-Zionist establishment had to offer. Justice and truth were (and are) synonymous with Nashid Abdul Khaaliq (R.A.) Just like justice and truth are synonymous with the Lebanese Islamic Resistance of Hizbullah. Akhi al aziz Nashid, I pray you’re reading this in Jannah from a heavenly WiFi connection. You’ve been in my thoughts every second of the last 24 hours as I scripted pieces on the Shouhada of the Mouqawamah and then the Sayyed’s Divine Victory Day speech. I don’t have even the slightest doubt that you’re sipping tea with Sayyed Zulfiqar (R.A.), Hajj Alaa Bosnia (R.A.), Adib Hatem Hamada (R.A.), Ali Hadi al-Ashiq (R.A.), Fawzi Ayyoub (R.A.) and all the others. Revolutionary, Anti-Parasitic angels of a feather literally do flock together. Make sure to tell them about me, yeah? Let them know their sacrifices didn’t just bestow the light of ALLAH (SWT) on Lebanon and our region but the entire world–and as far flung as an Iraqi “knucklehead” from Bedstuy. Happy 63rd Earthstrong habib albi. The struggle continues and so do the Divine Victory Day celebrations… Although it’s a bit more somber than usual since you’re not physically here. We miss you and love you more than anything quantifiable.