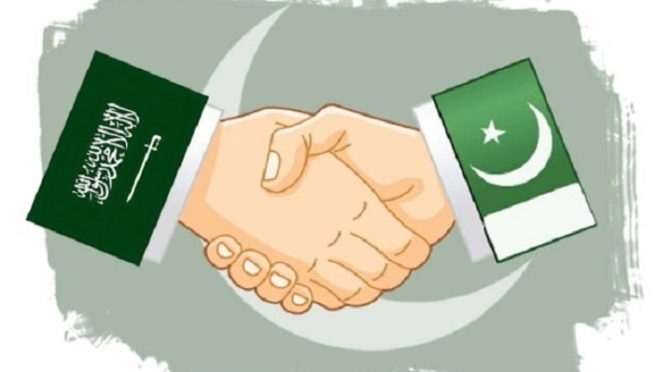 Death to the Pakistani regime. Nawaz Sharif and his merry band of misfit cronies in both the political and military spheres are such servile traitors that there aren’t enough adjectives in either English or Urdu to denote their hideousness. Nearly two years after the Pakistani Parliament took a courageous stance in rejecting Saudi pressures to deploy forces into the Yemeni fray, new chief of the Pakistani Army (and close Sharif ally) General Qamar Javed Bajwa has deployed a brigade of combat troops to the “Saudi” border regions to aid Al-Saud’s genocidal aggression in such Yemeni provinces as Saada and Hajjah. It was the Saudi regime which gave Nawaz the blessing to replace General Raheel Sharif with Bajwa, who traveled to the Kingdom of Darkness a mere two weeks after his promotion to promise “King” Salman increased Pakistani-Saudi military cooperation. Now we know exactly what that meant.

To be fiercely clear, what these Pakistani forces will be doing is NOT “protecting” the Saudi regime nor enforcing “Saudi border security” but serving as mercenaries in a foreign occupation. We’ve said many a time over the last 24 months and we’ll reiterate it now: Jizan, Asir and Najran are not the property of the butcherous Saudi “royals” and only became “Saudi” because British Imperialists gifted the lands to them over 80 years ago. These are in fact the historical lands of the Yemeni people and their inhabitants still identify as Yemeni today, although you won’t see these inconvenient facts in Saudi media. Many tribes and organizations within these regions have already declared their allegiance to Ansarullah and no doubt will rightly see the newly deployed Pakistani troops as interlopers. Pakistan’s top military brass is very well aware of this and confronted both Sharif and Bajwa about the matter but to no avail; a confirmation of the political nature of this decision. Sharif owes the Saudi tyrants his pathetic, sniveling life after they bailed him out following Musharraf’s rise to power and Bajwa is nothing more than a stooge doing the bidding of petrodollar “princes”. They serve at the pleasure of the Wahhabi despots and nothing pleasures their masters more than bombing Yemen.

The tragedy of it all is that the young men in this Pakistani unit most likely have zero desire to be on this assignment. They may even be supporters of the Yemeni Islamic Resistance. And they have been whisked away from their loved ones to join an exercise in GENOCIDE. Even more tragic is that they will, without a shadow of hesitation, die on this Dajjalic mission. Anyone paying even the slightest attention to the battlefield situation in Yemen knows that Al-Saud and all of its armies-for-hire are defeated, exhausted and humiliated, especially in the northern regions of the “conflict”. Ansarullah has already established multiple footholds on the “Saudi” side of the border, has the sympathies of the aforementioned three provinces’ residents, has the superior experience in warfare, has the vast knowledge of the land, has the unshakeable faith to fight onward ’till victory and is, for all intents and purposes, unbeatable. And when the indigenously-produced projectiles begin raining down, the Pakistanis–like the Sudanese, the Eritreans, the Qataris, the Bahrainis, the Kuwaitis, the Emiratis, the Senegalese, the Turks, the Americans, the Brits, the ‘Israelis’ and the Academi/Blackwater/Xe and Dyncorp mercs–will be running for shelter and subsequently obliterated.

The Pakistani people and their elected parliamentarians voted against joining the assault on Yemen back in ’15, dealing a major blow to Al-Saud’s plans. It is now up to them once again to press hard, defy Saudi pressures and bring their boys back home. As for Nawaz Sharif and General Qamar Javed Bajwa… They have betrayed their people and their army and they belong in prison cells for this criminal, deplorable and utterly asinine move. If they think defending the illegal wars and occupations of Takfiri dictators is so “noble”, they should go to Yemen their damn selves and prove their worth. I’m sure the Houthiyeen would be EXTRAORDINARILY gracious and generous in welcoming them to the ancient land formerly known as Saba… EXTRAORDINARILY gracious and generous with Zelzal-3s, Burqan-1s, SCUDs, Striking Stars and Grads, that is. Again we say death to the collaborationist shills in Islamabad. And death to their overlords in Riyadh. May they all never be forgiven for the horrors they’ve wreaked on Yemen. NEVER.

One thought on “Disgraceful: Traitorous Miscreants Sharif and Bajwa Bow To Al-Saud And Send Pakistani Forces To Yemen”