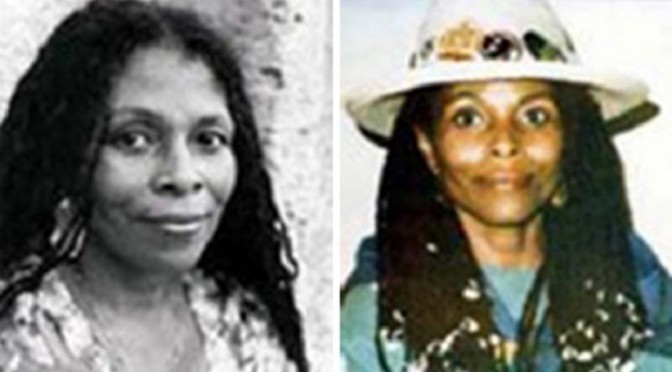 The person Christie wants back in a US jail is Assata Shakur, an activist, former member of the Black Panther Party and Black Liberation Army (BLA), who was the first woman to be placed by the FBI on its most-wanted list.

Shakur, whose name was Joanne Chesimard at the time, was tried and convicted to life in prison for killing New Jersey State Trooper Werner Foerster during a shootout in 1973. A BLA member sitting in the car with Shakur was killed in the same incident, while Shakur herself and a second police officer were wounded.

It took three trials for a verdict to be reached. Amid disparity in accounts by the police and some eyewitnesses and medical evidence pointing to Shakur inability to shoot a firearm after her hands were wounded in the gun battle, she was convicted in 1977 and sentenced to life in prison.

Two years later she escaped and remains a fugitive. She fled to Cuba and was granted asylum on the grounds of being persecuted by the US for her political activism. The decision may have been affected by the no fewer than six other criminal trials that Shakur faced in her home country between 1973 and 1977 – all ending with either acquittal or dismissal of the charges.

For US law enforcement Shakur remains a dangerous criminal on the run, meriting a place on the FBI’s most-wanted list and a $2 million bounty combined from the bureau and the New Jersey state police. Republican Governor Christie demanded that her extradition be made a condition for America’s normalizing ties with Cuba in blunt terms.

“Cuba’s provision of safe harbor to Chesimard by providing political asylum to a convicted cop killer … is an affront to every resident of our state, our country, and in particular, the men and women of the New Jersey State Police,” Christie wrote in a letter to President Barack Obama.

“I urge you to demand the immediate return of Chesimard before any further consideration of restoration of diplomatic relations with the Cuban government.”

But Havana apparently is not willing to negotiate on Christie or any other person granted asylum in Cuba, declaring it is the legitimate right of a sovereign state.

“We’ve explained to the US government in the past that there are some people living in Cuba to whom Cuba has legitimately granted political asylum,” Josefina Vidal, Cuba’s point person for the reengagement with the US after decades of hostilities, told AP on Monday.

She added that the two nations have no extradition treaty and that the US has “given shelter to dozens and dozens of Cuban citizens.

“Some of them [are] accused of horrible crimes, some accused of terrorism, murder and kidnapping, and in every case the US government has decided to welcome them,” she said.

An outraged Christie responded to Vidal’s statement later in the day.

“So Joanne Chesimard, a cold-blooded cop-killer, convicted by a jury of her peers, in what is without question the fairest and most just criminal justice system in the world – certainly much more just than anything that’s happened in Cuba under the Castro brothers – she is now, according to an official of the Cuban government, persecuted,” he said, branding the Cuban government “thugs.”

Bernadette Meehan, a spokeswoman for the White House’s National Security Council, said the Obama administration will “continue to press in our engagement with the Cuban government for the return of US fugitives in Cuba to pursue justice for the victims of their crimes.”

Obama’s announcement of a historic turn in relations with Cuba last week left a number of open questions about how the process would be put into practice, with the issue of fugitives being one of many potential stumbling blocks.

Christie, who at one time was considered a front-runner to become the Republican candidate for the 2016 presidential election, is one of many Obama critics who seized the chance to land a few blows on the Democrat president’s foreign policies after the Cuba breakthrough.