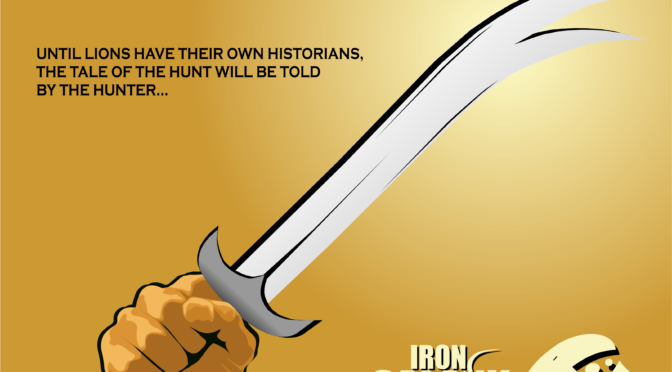 Ladies and gentlemen. Brothers and sisters. I am proud to announce that my next album, “Eternally Husseini”, a Shiacentric, Hip-Hop magnum opus of Islamic Resistance against World Zionism and celebration of our peoples’ glorious struggles, is deep in the works and set for release sometime in November. When I first joined social media a few months ago, I had no idea I would connect with so many beautiful, dexterous, courageous people ’round the globe. Chief among these links is my dear, dear brother Xayne Hammad aka Iron Galaxy, who will be producing the entire album and who is among the most gifted, off-the-wall and absolutely bananas beat-makers I’ve ever heard in my 17 years on the microphone. Nothing sampled. Just him and all his brilliance. The music that sun has made for this record has brought some of the best bars out of me that I’ve ever penned. Xayne has never blessed another MC with even a single track because to be frank, most MCs, especially the so-called “revolutionary” ones, are garbage, cowards, sellouts or a combination of the three. But still, to have him knocking out 15 joints on this thing, is an extraordinary honor for me.

Another exceptionally gifted brother who I’m honored to be working with is Intifada Street founder Mohammad Hamza, who really is the artistic voice of the Resistance Camp and the fact he doesn’t get the support he deserves pisses me off to no end, but that’s another story for another time. Hamza, who will be doing all the album artwork from the promos to the covers to the individual song pieces (for Bandcamp and Soundcloud), has an uncanny, breathtaking creativity and the way he brought my visions for certain pieces to literal life and then some is astonishing. And last but not least, there is tremendously talented geopolitical analyst, commentator and Nasr Post editor Navid Nasr, who will be serving as an executive producer. Navid had been reading my writings for years and though we never spoke until a few months ago after connecting here, when we did, that brotherly energy just clicked. Due to his vast experience in media as well as his true love for Hip-Hop, his input, especially over the coming weeks, is going to be crucial.

The first single of the record, about 9/11, will feature the genius guitar work of my mega-virtuoso brother Trevor LaBonte aka Trevolution. And the second single, about Sheikh Zakzaky, will feature my beloved brother and wondrously remarkable Anti-Parasitism Pioneer Naveed Khanverse, the ultra-gifted, ultra-versatile, ultra-benevolent Rafiqi Green and the amazing Yusuf Abdul-Mateen, who is not only one hell of an MC, but the kind of Muslim, man, father and human that we should all aspire to be. I am humbled and grateful to be working alongside all these gentlemen and I can say, honestly, from my heart, that what we have in store is something that is, simply put, unforgettable. I cannot WAIT to share it with y’all. Stay tuned and watch this space! FTJ! DTI! DTS! Islam!