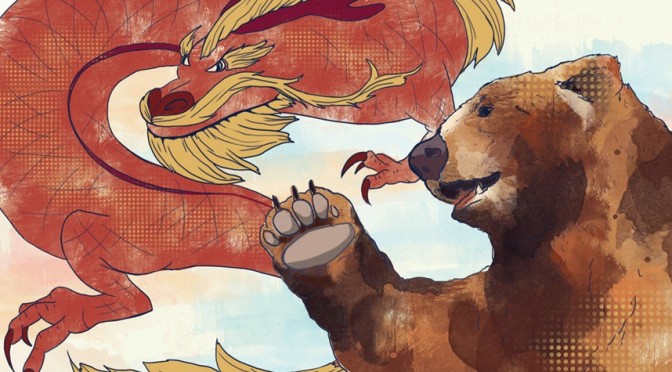 Russia could fall back on its 150 billion yuan (HK$189.8 billion) currency swap agreement with China if the rouble continues to plunge.

If the swap deal is activated for this purpose, it would mark the first time China is called upon to use its currency to bail out another currency in crisis. The deal was signed by the two central banks in October, when Premier Li Keqiang visited Russia.

The swap allows the central banks to directly buy yuan and rouble in the two currencies, rather than via the US dollar.

Two bankers close to the People’s Bank of China said it was meant to reduce the role of the US dollar if China and Russia need to help each other overcome a liquidity squeeze. – South China Morning Post

Most of the sanctions placed upon Russia oil companies and investment banks stem primarily from several ground-breaking agreements the Eurasian state has made this year to facilitate the selling of oil and other products in currencies other than the dollar. In addition, Russia has established very strong partnerships with China and the BRICS coalition to offer alternatives to the dollar and the Western based systems led by the BIS, IMF, and World Bank, and now have agreements in place that are tied to more than 40% of the global population, and contain two of the top 10 largest economies.

Many have wondered when or if China would enter into the proxy war Washington has declared on Russia, especially as the U.S. is a much bigger trading partner than Russia is with China at this time. However, it appears that China now sees a ripe opportunity to take a stand contrary to that of America and Europe, and by their move to support the Russian Rouble has changed the entire shape of the conflict because now, Russia has the opportunity to completely divest themselves from the dollar and any potential chaos Wall Street’s hedge funds may bring against their currency by opting to peg the Rouble to the Yuan, and begin an all out program of no longer selling their oil in dollars, but in the Yuan, Rouble, and even the Euro.

One thought on “China steps into U.S. currency war against Russia and offers Putin major support”