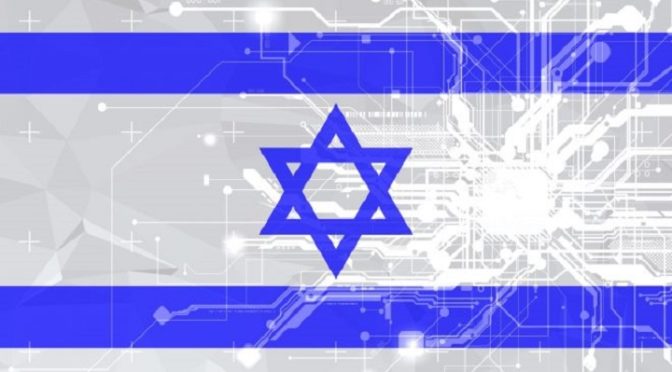 The CEO, founder and chief scientist of ZoomInfo is Yonatan Stern–something my aforementioned brother found out himself and brought to my attention. Stern is an IOF Major, having served in the occupation terrorist army for 5 years and was a recipient of an award from the ‘Israeli’ President’s office for his technical achievements and contribution to the Zio-Tumor’s “security”. In other words, the Zionist leadership patted him on the back heavily for his spying prowess. And a spy he is, make no mistake.

He graduated with honors in computer science from The Technion in occupied Haifa, a hotbed for ‘Israeli’ terrorists who become Talpions–graduates of the Talpiot program/agency, the usurping Zionist entity’s ultra-secretive, ultra-strategic unit that trains operatives to ascend to the top of tech-based and info-based businesses in the name of expanding the illegitimate ‘Israeli’ regime’s global reach. ZoomInfo fits that description to the letter, doesn’t it? The criminal data-mining firm was spawned by Stern’s first endeavor, Corex Technologies, back in ’93 while he was living in Cambridge, a sister city of Boston, which lies right across the Charles River. Boston, it’s vital to note, has essentially become ‘Israeli’-occupied territory, with dozens of ‘Israeli’ tech firms all linked to Talpiot and Unit 8200 (the ‘Israeli’ version of the NSA) now calling the city “home”. In 2015 alone, they generated $9 billion, making them a critical (read: parasitic) part of the economy. The seeds actually were planted in the early 80s when an ‘Israeli’ spy named Adi Shamir infiltrated CIA-linked MIT with the founding of RSA Security.

ZoomInfo’s top competitor is LinkedIn, which has more of a social-media-type feel to its setup. While started by a handful of Gentiles in the early 2000s, LinkedIn today is absolutely a cog in the machine of Global Zionism and its anti-humanity designs. Jeff Weiner, an American Jew, has been CEO since 2009. While there is an information blackout on what Jewish-Zionist charities he donates to, he was the keynote speaker for the 4th annual conference of ICON (the ‘Israel’ Collaboration Network)–a multifaceted web of personalities and corporations of the tech world that all ultimately run back to “Tel Aviv” and Mossad capital “Herzliya”–in 2017. A strong indication alone of what his position on ‘Israel’ is. Moreover, LinkedIn’s first “Middle East” office was opened in the UAE, where ‘Israel’ has had massive, MASSIVE ties to the Emirati despots going back to the 90s. That linkage continues growing to this day, particularly in the genocidal US-Saudi-Zionist-UAE assault on Yemen.

The biggest proof of Weiner’s Zionist loyalties though rest in who he chose as his number two: LinkedIn VP of Products Tomer Cohen, an analyst with the intelligence-technology section of IOF who also did a 4-year stint at Ben-Gurion University in occupied al-Naqab, graduating from his Computer Sciences course in the top 0.5% of his class and receiving numerous accommodations. Guess what Ben-Gurion University is also known for behind the scenes in the fake Halakhic-Talmudic entity’s intelligence apparatuses? Yeah. You guessed correctly. It produces Talpions on the regular and has been a lifeline to the Talpiot program since its inception. The Weiner-Cohen tandem has made LinkedIn totally Zionized.

We can’t be anymore blunt: ZoomInfo and LinkedIn aren’t just data-mining. They’re not just selling off your info to numerous third-party clickbait outfits that bombard you with annoying ads on your phones, laptops and other devices while you’re trying to work, watch something with your spouse or your children, relax, fight the JNWO or whatever. They’re giving your information to Mossad. Shin Bet. Aman. IOF. And any and every other element of the ‘Israeli’ hell-beast’s military-intelligence sphere. ZoomInfo and LinkedIn are backdoors for Talpiot right into the guts of the international business world. This allows ‘Israeli’ operatives to create profiles on anyone they deem susceptible to a hostile takeover, blackmail, subversion, hacking, economic destabilization or most ominously, assassination. Spycraft isn’t spycraft anymore. A Kidon hitman (or hitwoman) just has to log in to ZoomInfo or LinkedIn and the rat’s ready to go. More than slightly unsettling. Arabs, Iranians, South Asians, Blacks and Muslims of every school of thought are undoubtedly the primary targets–especially those with Anti-Parasitic views who are fighting hegemony out in the open, in the dark or both.

Assuredly, all of social media is toxic in one form or another. Whether it’s turning us into addicts and making us jealous and sad, or turning us crazy-paranoid because the Feds are monitoring our every post. But ZoomInfo and LinkedIn are on a different level. They don’t just have the potential to destroy one’s personal life. They can take down a person’s business too… That sort of ruin can turn entire families to ash.

How many more people on ZoomInfo had their info hijacked, data-mined and placed on display like my homie? How many people on LinkedIn are having their statistics delivered into the hands of the nefarious forces of Zion? How many other like-similar, ‘Israeli’-connected institutions that follow the ZoomInfo/LinkedIn model are out there doing the same thing? Beware, beware, beware. Because all of these avenues are fronts for the usurping Zionist entity and its Talpiot program. We’re living in Shlomo’s world now. Dajjal’s world. Satan’s world. Imam al-Mahdi (A.J.T.F.) and Jesus Christ (A.S.) will be here soon enough to change that most certainly, but in the mean time… Take all precautions available to you and protect yourselves as well as those you love by any means necessary.