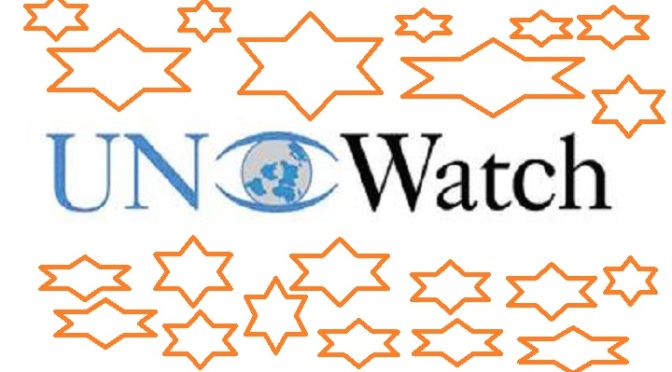 Saudi Arabia’s election to the UN Women’s Rights Commission is, without reservation, an abomination to end all abominations; a hypocrisy to end all hypocrisies; a sick joke to end all sick jokes–almost as sick as the swill that flies out of the mouth of Christ-hating Zionist hag Sarah Silverman. That this regime–which does not allow a woman to even step outside of her home without a male guardian watching over her every move, which bankrolls and arms terrorists in Syria who are caging, raping and killing Syrian women and abducting little Syrian girls to sell in (Zionist-linked) human-trafficking rings, and which is bombing, maiming and starving our sisters in Yemen–could be elected to such a body shows how corrupt, worthless and how completely (and hopelessly) aligned with the Empire that the UN is. Just as Al-Saud literally bought its seat on the UN Human Rights Council from the UK for around 100,000 smackers–another borderline-satirical political event that represents a total aversion to anything and everything EVER associated with the concept of “human rights”–there isn’t much doubt that the same scenario occurred here. Only a matter of who was paid and what the price was.

This is all self-evident however and not the point of this piece for there is something sinister lurking beneath all the rightful outrage. Sitting right smack dab in the middle of this controversy–quoted by the right-wing Daily Caller to the left-wing Huffington Post, wire services like Reuters and AP to Russian alternative media outlets like Sputnik and RT–are UN Watch and its executive director Hillel Neuer. For those unaware, UN Watch was founded by the American Jewish Committee (AJC), AIPAC’s foreign policy wing, with funds from the immensely powerful Bronfman family (the Canadian lieutenants of the Rothschilds). And it was this putrid organization that generated the “human rights abuses” lies against Libya in order to trigger a NATO invasion and then gathered together 70 “rights groups” to cosign the propaganda. The Obama regime would regurgitate the lies of UN Watch, i.e. Qadhafi’s soldiers “massacring protesters” and “committing mass rapes”, as the pretext for its criminal campaign that left the Libyan Arab Jamahiriya devastated. Hillel Neuer for his part is an ‘Israeli’ subversive who used to work at the Rothschild-founded ‘Israeli’ Supreme Court. He’s been praised by Mossad terrorist (and Chicago Mayor) Rahm Emmanuel as well as the Sulzberger-owned New York Times. ‘Israeli’ paper Maariv put him on its list of the “Top 100 Most Influential Jewish People in the World.”

With all of that noted and firmly planted in your thought process, the obvious question now goes a lil’ something like this: How COMPLETELY MAD and UTTERLY DUPLICITOUS are these Jews that they’d go off on tangents to criticize Saudi Arabia when the cancerous entity by the name of ‘Israel’ that they love so much is the embodiment of evil in this realm? But make no mistake, this is far, FAR beyond mere hypocrisy and Zio-insanity. Rather, what we’re witnessing here is strategic obfuscation. First and foremost: Classic hasbara deflection. It’s been seen as recently as Zionist Jew Bernie Sanders’ latest interview with Al-Jazeera, in which he declared that ‘Israel’ shouldn’t be singled out when Saudi Arabia and Syria–imagine that this kibbutznik shill masquerading as a “socialist” has the gall to utter the Syrian Arab Republic’s name–are bigger human rights abusers. It’s not new at all. Organized Jewry has been utilizing the tactic at every turn for years – “Don’t look at ‘Israel’! Look at all the Gentiles doing bad stuff here! And here! And there too!” The Zionists don’t mind throwing their ostensible allies under the bus either, as long as the heat stays off the Jewish gangster “state”.

And speaking of allies, Neuer and UN Watch are railing against Saudi Arabia to create an illusion that there is some kind of daylight between Riyadh and “Tel Aviv” when in fact, the Zionist-Wahhabi alliance gets closer and closer by the day. Saudi Arabia launched a war on Yemen for the usurping Jewish entity’s benefit and the usurping Jewish entity is participating in this war on every level, from carrying out direct bombing raids to funneling weapons to AQAP and ISIS shock troops, establishing an air bridge to rearm Saudi jets to putting intelligence agents from Mossad and Aman on the ground to assist Saudi occupation forces. On Iran, it’s arduous to figure out where the the Zio-squid begins and Al-Saud ends, with both the former and the latter barking against the Islamic Republic day and night and doing everything that they can, overtly and covertly, economically, militarily and politically. Bloody, filthy Saudi petro-cash has flowed into the coffers of both Netanyahu and his puppet PA regime in Ramallah while the Jewish Lobby in America integrates Saudi “princes” and diplomats into its network of operatives. Considering this alliance, Saudi crimes are ‘Israeli’ crimes and ‘Israeli’ crimes are Saudi crimes. Whatever horror Al-Saud heaps upon the people of the Hijaz, the usurping “chosenite” bacteria also bears responsibility. Again, this isn’t just DUplicity but COMplicity.

Above and beyond UN Watch’s blatant cover-up of the illegitimate, artificial Zionist regime’s torture and rape of Palestinian female prisoners, the barbaric massacres of Palestinian women with white phosphorus bombs in Gaza, the sickening and deliberate prevention of expectant Palestinian mothers from reaching a hospital and thus forcing them to give birth at occupation checkpoints, the vomit-inducing appropriation of Palestinian fashion and many more aggressions, there’s something else… let’s say TRIBAL… about ‘Israeli’ demon Neuer and his AJC gang shrieking about Saudi Arabia: To stop Gentile eyes from beholding how the Jewish entity itself treats its own women. If you thought that the treatment of women under Saudi Arabia’s perverted Wahhabi rule was horrific–and it indisputably is–just wait until you get a load of how the female Jewish occupiers have to live under Halakhic-Talmudic patriarchy in the Orthodox enclaves all over the serpentine entity. Judaism is EXTREMELY hostile towards women in general, not just “Goy” women. See Mouqawamah Music’s previous study “Jews Hate Women: 28 of 32 Jewess MKs Being Sexually Assaulted Is Symptom Of Judaism” for all the gory details. And that’s not all. In the so-called “only democracy in the Middle East”, in which women allegedly have all their “equal rights”–they don’t, and the aforesaid colonies governed by rabbinic law are the hideous proof–more than 33% of Jewish-‘Israeli’ women have been inflicted with sexual violence.

And lastly, not to mention most dangerously, in a pernicious extension of the aforementioned deflection hasbara, the ultimate goal for Neuer, UN Watch and other like-similar trash is to achieve full-blown normalization in which Muslims and other oppressed Gentiles view the ‘Israeli’ enemy as an ally in the face of a bonafide tyranny like Saudi Arabia. The thinking on the part of the Zionists here is, if Muslims see ‘Israel’ Firsters coming to their aid against the very real oppression Saudi Arabia carries out against its own citizens and other countries like Yemen, Iraq and Syria, maybe they will finally come to the “realization” (read: delusion) that ‘Israel’ ain’t so bad after all and then they subsequently relinquish the struggle for Palestine. Sickening! Moreover, like “Anti-Zionist” Jews who are present in “Palestine Solidarity Movement” circles to police speech and disallow any talk of Judaism, 9/11 truth, “Holocaust” revisionism and other Judeo-Western sacred cows, Neuer and others are inserting themselves into the ranks of a growing anti-Saudi, anti-Wahhabi movement led by Muslims to control the discourse and redirect the anger so militancy geared towards the organic overthrow of Al-Saud is replaced with “dialogue” for “reform”. Also, in the name of “human rights” and perhaps even “minority rights”, fully in line with the Oded Yinon balkanization agenda, you will soon see Jews with the same mindset as Neuer beginning to advocate for “Saudi federalization” so the “kingdom” breaks up and international Jewish real estate oligarchs and Zionist-linked oil companies can reap the benefit of this nation-death, just like what’s happening now in Iraq’s Kurdish north.

We mustn’t allow Zionist Jews to one-up us on criticisms of Saudi Arabia, nor allow them to occupy our language on the matter as they have done on Palestine. The Wahhabi-Takfiri Kingdom of Darkness’s dissemination of its toxic ideology affects Muslims more than anyone else and its greatest number of victims are Muslims too. This means, unequivocally, that we must be at the forefront of picking the tyrants in Riyadh apart for all the services that they’ve performed on behalf of the US-Zionist Empire and all the crimes that they’ve committed against our people. There isn’t even the slightest bit of interest on the part of Hillel Neuer and AJC-founded UN Watch to fight Saudi Arabia. Their sole concern is to protect ‘Israel’ and all the geopolitical interests of ‘Israel’ at all costs. As if it even needed to be said: We don’t need the most prolific killers, thieves and aggressors on Earth to point out the ills of other killers, thieves and aggressors who they just so happen to be intimately coordinating with to destroy the Resistance Axis and all those standing with it. They seek to undermine us, not help us. They seek to misdirect us, not uplift us. They seek our annihilation, not our betterment. This is how Organized Jewry hijacked the Civil Rights Movement all over again. Wake up Muslims!

On the second day of Saudi Arabia’s war on Yemen, and directly after Al-Saud assassinated Ayatollah Nimr al-Nimr, Sayyed Hassan Nasrallah delivered blistering speeches that changed the game forever in how Saudi Arabia should be spoken about (so long as it’s around). Hizbullah’s Secretary-General ripped off the carefully crafted mask and exposed the Wahhabi monarchy’s ugly face for the whole world, and especially the Islamic world, to see. Chants of “DEATH TO AL-SAUD!” were heard throughout the crowd every single time that the Sayyed bellowed. He laid the groundwork and gave us the blueprint. If we need guidance as to what language should be used in dealing with this terrorist-financing, baby-butchering, shaytanic regime, then there is no need to look anywhere else except Sayyed Abou Hadi. We don’t want Saudi Arabia to be “reformed”. We do not want Wahhabi-Takfirism to be “restrained”. We don’t want “negotiations” with this tool of British Imperialism that has wreaked havoc upon the Hijaz and the Ummah at large for more than two centuries. We want the Saudi “royal” family sent to Al-Naar. We want their despotic regime toppled. We want Wahhabi-Takfirism, the crypto-Jewish poison that is plaguing and defaming Islam, eradicated. In short, we want DEATH TO AL-SAUD. This is our stance. We say it with the utmost vigor. And if the Zionist apes and pigs at UN Watch attempt to muzzle us, we’ll gladly go ahead and show them that the bite of Anti-Wahhabi Islamic Liberationist lions is much, MUCH more savage than our roar. #DeathToSaud #BewareOfUNWatch

One thought on “Beware Of UN Watch: Zionist Jews Attempting To Hijack Our Anti-Wahhabi, Anti-Saudi Discourse”