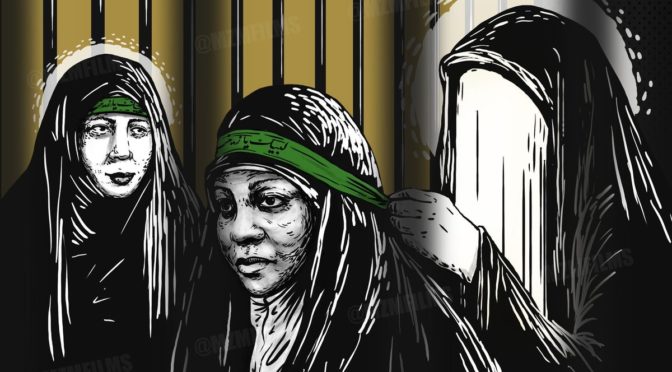 It’s bad enough being Black, female, Muslim, Hijabi and a Khomeiniist Shi’a in the American ZOG. Throw in the fact that you’re a top-notch reporter too and just happened to be working on a documentary about organ trafficking in the Black community before you get tossed in the bing… And what you have is danger on top of danger on top of–you get the picture. Lest we also forget that the killing of Robert Friedman (rip), the dauntless American Jew whose dispatches and books blew away the fog surrounding the nexus between the JDL, the ADL, the Mossad, the Zionist Lobby and the Russian-Jewish Mafiya, has never been solved. The FBI had leads but buried them. Same goes for Alexander Odeh (rip). The FBI knows good-goddamn-well that the JDL murdered him but to this day won’t say the words because of the aforementioned nexus that Friedman exposed. Complicity plus complicity plus complicity. The FBI and Organized Jewish interests are wedded and bedded, working in unison to silence anyone who they deem a “threat”.

Based on this, we ask the question that Marzieh Hashemi was alluding to and not-so-inconspicuously at that: Did the FBI and its Zionist puppet-masters, like the ‘Israeli’ war criminal Sigal Pearl Mandelker, have assassination on the table? The answer, resoundingly and indubitably, is YES. But because their arrogance and Freemasonic and Kabbalistic adherence to self-proclaimed “godhood” and “chosenness” are blinding them more and more, they didn’t plan for Marzieh to be traveling with any companions, let alone her son. This presented a “messy” scenario and one in which the clean-up wouldn’t be so cut and dry. So since the (proverbial or literal) trigger couldn’t get pulled, they tossed her into prison without charge and used FARA as their cover. In more direct terms: The Zios and the Zio-Feds screwed the pooch. ALLAH (SWT) most definitely loves the Nawlins Nebula and He (SWT) also most definitely has bigger plans for her. Make no mistake, the plans of Al-Khaliq (SWT) will forever and always trump those of His (SWT) enemies.

We pray for Marzieh Hashemi’s safe and swift return to the Islamic Republic of Iran. Because truth be told, despite her freedom from the clutches of these devils, she is not safe here. And further truth be told, anyone pursuing the same truths that she is… Really ain’t safe either. As history has shown, even long-time puppets who come to terms with the evil around them become targets. Triple that risk (at least) if you’re a person as principled, righteous and Husseini-Zaynabi as Marzieh. If you want to tangle with the Snake of Snakes, then you best be inoculated against its venom in your very soul. If you’re not… You’d be much better off getting the hell outta the grass. The revolutionary sister triumphed but it doesn’t mean she’s out of the Serpent’s crosshairs. May ALLAH (SWT) protect her. May ALLAH (SWT) reward her. And may He (SWT) increase our efforts to hasten the overthrow of the Dajjal.