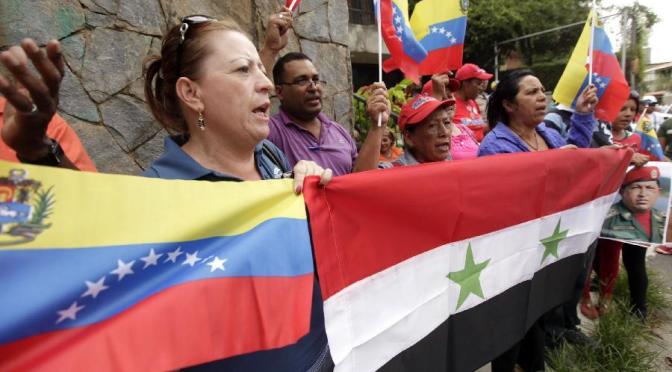 Al-Laham met on Wednesday the delegation of Fe-Arab organization and the Syrian community in Venezuela.

During the meeting, al-Laham described as “deep and strong” the relations between Syria and Venezuela, particularly the parliamentary ones, saying that terrorism to which Syria is exposed was supported by Western, Arab and regional governments in addition to the Turkish conspiratorial role.

Rondon, for his part, affirmed that the letter expresses Venezuela’s solidarity with the Syrian people and “admiration of the exceptional resistance against terrorism through the Syrian people’s religious and culture diversity which remained unified in defending their homeland along with the Syrian Army, led by President Bashar al-Assad.”

He said that the Venezuelan Parliament has issued several statements against the brutal terrorism in a number of occasions.