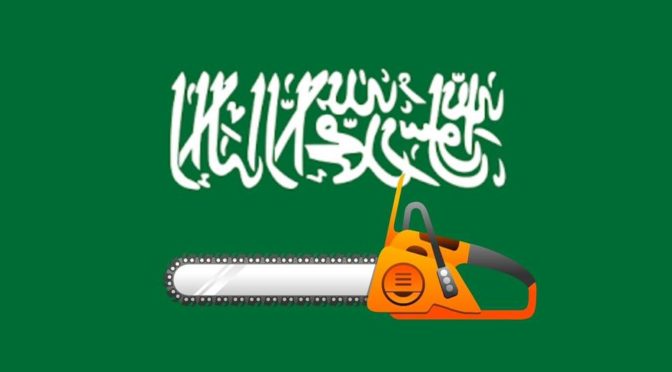 Saudi Arabia is the scourge of the Earth and the scourge of humanity. The sooner the ruling Al-Saud family is sent to prison, hell or prisons in hell, the sooner the world will be much better off. Another massacre has been committed by these Wahhabi-Najdi maniacs in Yemen’s besieged lifeline city of Hudaydah, with Saudi-Emirati warplanes bombing a fruit and vegetable market in the town of Bayt al-Faqih. At least 21 people were slaughtered, mainly women and children, and over 20 others were wounded. All of the victims have been confirmed as civilians by Yemeni officials. Yet, it’s barely made any noise in the mainstream press at all–and we do mean ATTTTTT ALLLLLL. You wanna know why? Because none of the martyrs or the maimed are named “Jamal Khashoggi” and none of them work for the CIA-Mossad-connected Washington Post.

The Dönmeh devils occupying the Hijaz have set a new standard that the entire Zionist media is more than happy to abide by: Ain’t named Khashoggi, ain’t no coverage. Columnists who provide services to the US, UK, Saudi and ‘Israeli’ intelligence machines for nearly 40 years but then get unexpectedly liquidated matter. Tens of millions of Yemenis being bombed, blockaded and starved to death at the hands of the GCC and its Western ZOG partners in the name of ‘Israel’ don’t. This isn’t written for clickbait either but to expose the hypocrisy, selective humanity and complicity of the disinformation apparatuses because they have as much Yemeni blood as the Saudi invaders themselves. And with Saudi Arabia and the UAE renewing the assault against the trauma-ridden city of Hudaydah, there are going to be more massacres like the one in Bayt al-Faqih in the coming days and weeks. Don’t expect proper reportage. In fact, don’t expect ANY reportage. Expect propaganda–from “both sides” and “civil war” hasbara to mega-slander of Ansarullah and official denials of crimes against humanity from Riyadh and Abu Dhabi as if they constituted facts.

What a Dajjalic time we live in. A certified collaborator who gets clipped by the very people he worked for gets all the heartfelt support you can imagine. The battered and hungry people of the Arab world’s poorest country though are all but ignored. God be with Hudaydah. God be with all of Yemen. And God be emphatically and crushingly against every duplicitous, demonic derelict who didn’t give one damn about Saudi Arabia’s atrocities until Ikhwanji-Takfiri mouthpiece Jamal Khashoggi got taken out to lunch. Allow us to flip our previously mentioned scenario, because truth be told, he is the one who in fact doesn’t matter. The 18.4 million Yemenis who will starve to death by the end of the year if Saudi Arabia’s US-‘Israeli’-UK-French-Canadian-Spanish-German-backed genocidal aggression doesn’t come to an immediate halt do matter. They matter. Got it? They f****** matter. They’re everything–our hearts, our souls and our strength. Khashoggi and his ilk are nothing. Don’t lose sight of that glaring difference for a second.