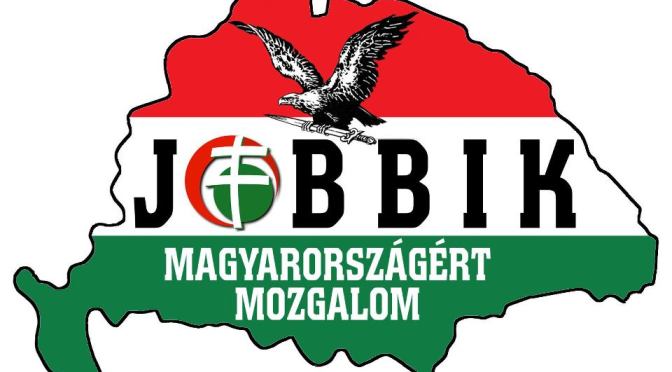 (EDITOR’S NOTE: In the wake of the AIPAC quisling gathering known as the US Congress passing an anti-Russian resolution which aims for nothing less than the overthrow of the Putin government through the sponsorship of opposition movements and the dissemination of hasbara, as well as John McCain’s well-known, arrogant, flagrant involvement in the destruction of Libya, the coup in Ukraine and the ongoing destabilization of Syria,  McCain’s statements of demonization against Hungarian Prime Minister Viktor Orban should not be taken lightly, nor should we be surprised if a “Hungarian Spring” orchestrated by the usual suspects led by the NED and Open Society Institute pops up in Budapest’s Heroes’ Square. PM Orban has been an outspoken critic of the US-EU sanctions regime against Russia and in defiance of the imperialists’ criminal behavior, he has maintained and even increased his ties with Moscow as it is, by his own declaration, “pro-Hungarian”. Orban’s refusal to join the economic war against the Russian Bear is only part of why McCain has unleashed this treacherous propaganda however. Perhaps, it is even just the pretext. The real target of World Zionism — of which McCain is an agent for and has been so since his political career was spawned by the Bronfman family, godfathers of Jewish Organized Crime and one of the most powerful families in all of International Jewry — in Hungary is in fact Jobbik, a nationalist, anti-Zionist party that is becoming increasingly popular. Jobbik has not only vociferously condemned the Judeo-Atlanticist forces behind the illegal coup in Kiev and taken a staunchly pro-Russia stance, it has also praised Russia’s liberation of Crimea  and called on Russia to establish Hungarian-Ruthenian autonomy in Transcarpathia. But that’s not everything. Jobbik is also tremendously pro-Iran and has set up several “sister city” agreements with the Islamic Republic, opened up economic relations, launched study groups to reverse the horrible 90% drop in Hungarian-Iranian trade and unified efforts with Tehran against Western-Jewish hegemony and Zionist-led globalization. Most impressive and beautiful of all, Jobbik has taken an unshakeable pro-Islam stance and sees itself as a friend, defender and brother of Islam. Jobbik leader Gábor Vona said last year that, “Islam is the last hope for humanity in the darkness of globalism and liberalism.” He also noted that, “… there’s only one culture left which seeks to preserve its traditions: It is the Islamic world.” Jobbik has also displayed an openness on the issue of Mossad perpetrating the terrorist attacks on September 11th, 2001 and its amazingly eloquent officials speak the language of anti-Zionist decolonization, not only as a means of achieving solidarity between themselves and the Global South, but because there are very real, active and expansionist “Israeli” designs on their nation. In the spirit of former Iranian President Dr. Mahmoud Ahmadinejad, Jobbik has also courageously spoken out against the ultimate tool of Zionist cultural hegemony: the Holocaust®. Notably, one Jobbik official referred to it as the “Holoscam” while another noted that the Auschwitz museum “may not reflect the real facts of history”. All of these factors, as well as the fact that Jobbik has lashed at Europe’s “far-right” parties for attacking Islam instead of Zionism, have made the Hungarian nationalist organization an enemy in the eyes of the Jewish Power Configuration. Jobbik, PM Orban and the Hungarian people as a whole must keep their eyes open for what comes next and maintain the utmost attentiveness and resistance, as McCain and his Zionist masters are undoubtedly gunning for them. ~ Jonathan Azaziah)

The US charge d’affaires, Andre Goodfriend, will be asked for an explanation for McCain’s comments.

“The Hungarian government … rejects the words of Senator John McCain regarding the Hungarian prime minister and the relationship of Hungary and Russia,” Levente Magyar, state secretary at the ministry, told national news agency MTI, Reuters reported.

Meanwhile the country’s foreign minister, Peter Szijjarto, said: “Hungarian citizens … articulated a very clear opinion that everyone ought to respect,” referring to the victory of Orban’s center-right Fidesz party in parliamentary, European and local elections.

McCain’s comments came in a highly charged speech at the US Senate on Tuesday, where he hit out at President Barack Obama’s appointment of Hollywood producer Colleen Bell as the new US ambassador to Budapest.

“I am not against political appointees… I understand how the game is played, but … [Hungary] … is on the verge of ceding its sovereignty to a neo-fascist dictator getting in bed with Vladimir Putin, and we’re going to send the producer of ‘The Bold and The Beautiful’ as the ambassador,” he told the Senate, Reuters reported.

The US State Department however does not share Sen. McCain’s hawkish view.

“I think it’s no surprise that there are a number of views Senator McCain has espoused that we don’t share,” Marie Harf, Deputy Spokesperson for the US State Department told reporters. “As an Administration, I would put that in this category, of course.”

Harf went on to defend Washington’s choice in appointing a new ambassador to Hungary saying, “we believe she will be a very good ambassador, [and] are happy she’s been confirmed.”

Last month, AFP reported Orban as saying that Hungary’s relations with Russia have become “entangled in geopolitical and military and security policy issues.” The PM said that the US was retaliating for Budapest’s willingness to endorse the South Stream gas pipeline, as well as a deal that would see Russian firm Rosatom develop Hungary’s nuclear power.

Under a deal worth up to €10 billion, Rosatom will build a 2,000 megawatt addition to Hungary’s state-owned nuclear power plant, MVM Paksi Atomeromu. Russia is Hungary’s largest trade partner outside of the EU, with exports worth $3.4 billion in 2013. It is highly dependent on Russian energy.

“We don’t want to get close to anyone, and we don’t intend to move away from anybody. We are not pursuing a pro-Russian policy but a pro-Hungarian policy,” Orban said, adding that expansion of the nuclear plant was the “only possible means” to lower dependence on external energy resources.

Orban has been highly critical of US and EU sanctions imposed on Russia for what he says is Moscow’s “perceived role” in the conflict in Ukraine. Speaking in August, he said the measures are like “shooting oneself in the foot.”

“The sanctions policy pursued by the West, that is, ourselves, a necessary consequence of which, has been what the Russians are doing, causes more harm to us than to Russia,” Reuters quoted Orban as saying on the radio.