Ever since Francis Crick and James Watson discovered the double helix of DNA in the 1950s, intelligence agencies immediately began to discover ways to use the discovery of DNA for weapons research. Although it has always been assumed that intelligence services conducted MEDINT, or medical intelligence gathering, to discover what ailments were afflicting world leaders, it is also true that particular genetic traits of potential targets for assassination were being analyzed to develop genetic-specific weapons. A genetic susceptibilty of a targeted individual to develop cancer, heart disease, or other fatal or debilitating diseases would assist intelligence agencies to deliver particular “designer” genetic weapons.

The U.S. Secret Service goes to great lengths to collect all of the President’s DNA samples while he travels abroad. Drinking glasses are wiped, napkins are collected, and even stool and urine samples are protected from being obtained by foreign intelligence agencies while the President is visiting foreign locales. This has always been one of the more closely-guarded operations of the Secret Service. However, such countermeasures are not only taken to ensure that medical information on a commander-in-chief’s prescription drug usage, medical condition, and other health information is not obtained by a hostile or even friendly intelligence service but also to prevent medical intelligence from enabling a hostile service from developing a designer genetic weapon.

The State Department’s program to collect DNA samples from foreign political figures was leaked in a 2010 SECRET/NOFORN cable from the Secretary of State Hillary Clinton to U.S. embassies in Uganda, Rwanda, Burundi, and the Democratic Republic of Congo requesting them to obtain “DNA,” in addition to fingerprints, facial images, and iris scans, from government leaders. The collection needs were described as being part of the National HUMINT Collection Directive (NHCD). Other embassies and missions also received requests for DNA samples. The Central Intelligence Agency and Defense Intelligence Agency were copied on the State Department biometric collection tasking cables. In 2005, the CIA director was designated as the National HUMINT Manager for the U.S. Intelligence Community.  The operations are carried out under the National Clandestine Service of the CIA.

Latin American leaders who are opposed to U.S. policies but who have suddenly developed cancer are particularly suspicious about the Obama administration’s NHCD as it applies to the collection of DNA samples. The death of populist president Hugo Chavez from cancer at the age of 58 heightened regional concerns about genetic weapons in use by the United States.

A March 24, 2008 SECRET NOFORN cable from the State Department to the U.S. embassy in Asuncio, Paraguay requested DNA samples be collected on progressive presidential candidate Fernando Lugo, as well as other presidential contenders, including Education Minister Blanca Ovelar; former Vice President Luis Castiglioni; and former General Lino Oviedo. In August 2010, Lugo, who had been elected president, was diagnosed with cancer. In 2012, he was overthrown in a coup organized by the CIA. In addition to Lugo and Chavez, cancer also suddenly plagued the leaders of Brazil, Argentina, Bolivia, and Colombia.

The collection of DNA did not stop with the UN but also targeted diplomats with the International Atomic Energy Agency and NATO. The tasking called for DNA samples from “UN arms control interlocutors, especially candidates for the position of Director General of the IAEA, and the heads of other international institutions.” The cable specified arms control diplomats from other International Arms Control Organizations, NATO, and the OSCE [Organization for Security and Cooperation in Europe], particularly diplomatic and arms control officials from Austria, Brazil, Burkina Faso, China, Costa Rica, Croatia, Cuba, Egypt, France, Indonesia, Iran, Ireland, Japan, Libya, Malaysia, Mexico, Pakistan, Russia, South Africa, Sweden, Turkey, Uganda, and Vietnam.

International health officials were also targeted. The cable is specific on targets: “Director General of the WHO [World Health Organization], head of UNAIDS, the Pan American Health Organization, under Secretaries, heads of specialized agencies and their chief advisers, and top aides.”

The annals of the CIA are replete with operations designed to capture human waste samples from various world leaders. Included in the CIA’s sweep for poop and urine were Soviet leader Nikita Khrushchev whose solid waste was trapped by the CIA during his 1959 visit to the United States and King Faisal of Saudi Arabia whose urine was captured in the urinal of a Monte Carlo casino. Similar samples taken from Egypt’s President Gamal Abdel Nasser and Indonesian leader Sukarno, founders of the non-aligned movement, may have resulted in the CIA creating designer poisons to kill them both within a few months of each other in 1970. Nasser died from a sudden heart attack while Sukarno , under house arrest after a CIA coup, died from kidney failure. 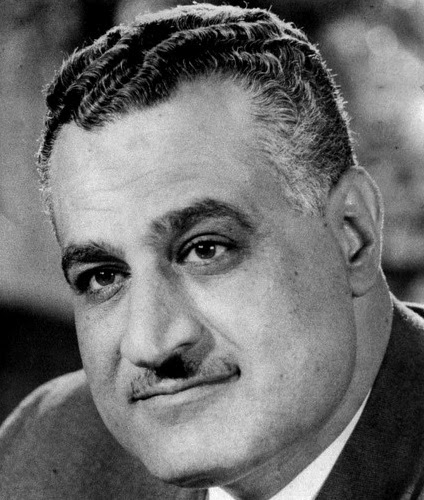 (Did the CIA medical assassination team achieve a double hit in 1970 when Sukarno of Indonesia [left] and Nasser of Egypt [right] died within a few months of each other?)
The CIA’s use of medical assassinations and other techniques used to kill political irritants are contained in the editor’s new book: Tales from the CIA Crypt: Political Assassinations.